7 Cutest Rabbits in the World that are Good Pets

All rabbits are lovely to behold, but you’d agree that some are uniquely cuter than others. In this article, you’ll find out the seven cutest rabbits in the world, which are ideal as pets. 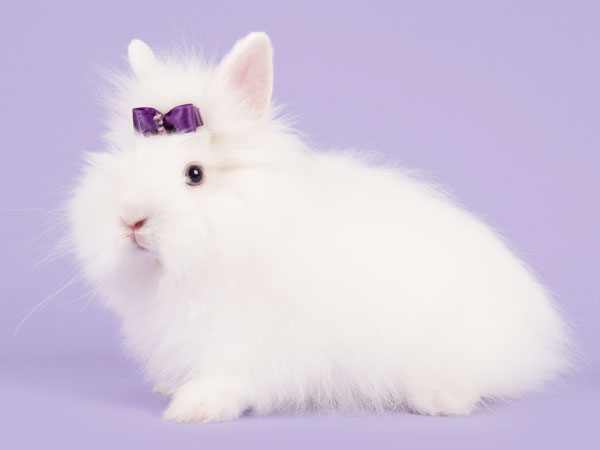 There are several rabbit breeds, and they come in different colors, sizes, and shapes. Many of them are available for sale as pets, though some are rarer than others and may be hard to buy from a local pet store.

While they’re all cute, we’ve narrowed it down to seven cutest rabbits in the world: 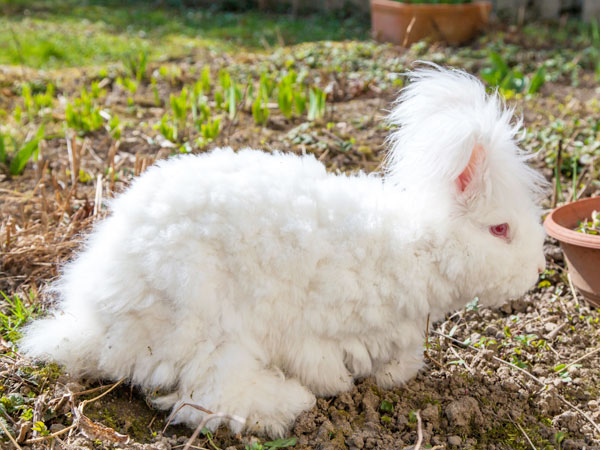 This rabbit breed has a funny appearance. It’s a wooly bunny with small ears and a scrunched up face. Originating from Turkey, the English Angora is among the oldest bunny breeds in the world. Its entire skin is covered in fur, which makes it one of the most distinct rabbit breeds.

It is commonly used for show or wool production. It can be sheared up to 4 times each year, though it comes at a cost. Failure to groom the wool can result in tangling of its fur, and shearing may be required to disentangle it.

If you’re looking to keep the English Angora rabbit as a pet, ensure to provide big housing quarters. Maintaining this rabbit breed outdoors isn’t much of a daunting task.

Ensure to provide the right kinds of foods. While it makes a great pet, handling the English Angora rabbit requires some expertise as it’s a high-maintenance rabbit breed. 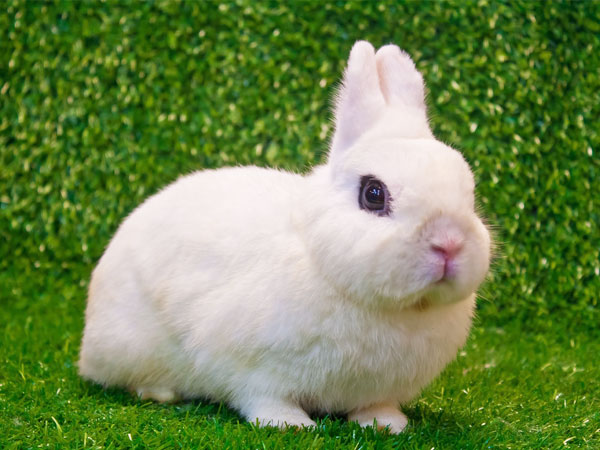 Dwarf Hotots are popularly known for their distinct coloring. They have white coats with small colored circles around their eyes. Only Hotots with black spots were previously allowed in shows, but recently, the ARBA has also included the chocolate spotted Hotots.

Initially, The Dwarf Hotots were not a dwarf breed. In the early twentieth century, the Blanc de Hotot were larger and bred to be white-haired, black-eyed rabbits for meat and fur.

As both rabbit fur and meat went out of vogue, and more individuals started to keep the bunnies as pets, the dwarf breeds became more common, birthing the Dwarf Hotot breed.

These rabbits have a very small stature with upright ears. They weigh between 2.5 to 3.5 pounds. Due to its small size, the Dwarf Hotot does well in small cages than most other breeds. They can live up to about 7 to 10 years.

While they’re outgoing, they tend to be occasionally moody. The Dwarf Hotot is a good breed for any individual who needs a rabbit pet that enjoys being cuddled, as long as they can tolerate the short, moody durations. Also, you need to monitor their food intake to avoid overeating. 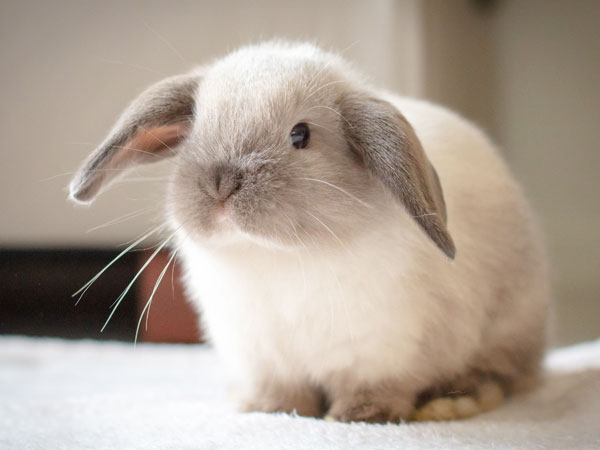 Another popular breed, the Mini Lop rabbits are frequently bred or sold as show and pet rabbits. Like the Holland lop rabbits, they have a small stature with floppy ears. Mini Lops are extremely playful and cheerful and can be easily trained.

They are ideal for anyone looking to own a litter-trained rabbit. They are very sociable and friendly with other bunnies and animals, though they do prefer calm kids. The Mini Lops breed requires intellectual stimulation, so you stock their cage with lots of toys.

They have a large head, round body, and long, thick ears. They also have broken or solid patterned furs in several color varieties and weigh between 4.5 and 6 pounds. They love human interaction and being cuddled.

They tend to chew random household items than other rabbit breeds. They’re not prone to any notable health conditions except those common to every rabbit breed. They can live for about five to ten years. 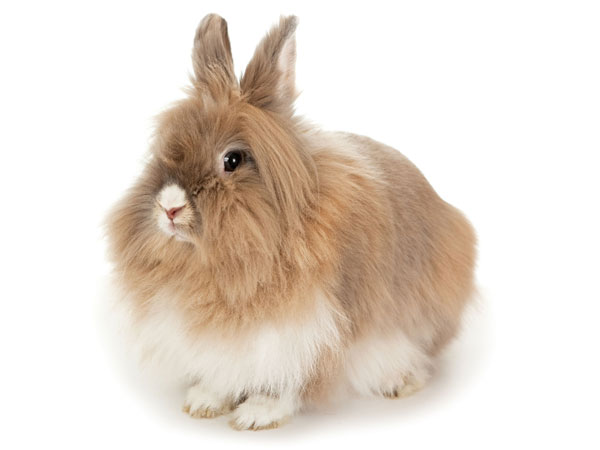 The Lionhead Rabbit has a fearful, yet cute appearance likened to the offspring of a lion and a rabbit. In 2014, the American Rabbit Breeders Association officially recognized the breed. It has a lion mane fur around its head, which brought about the name.

The wool around its head is believed to be a genetic mutation as a result of breeding. Originating from Belgium, the Lionhead Rabbit loves its pellets. Their diet needs to be supplemented with about three servings of fruits and vegetables every week.

You also need to provide lots of water and hay. They also require regular grooming. Failure to groom them can result in skin infections.

With adequate care, the Lionhead Rabbit breed can live up to ten years. Adult rabbits can weigh up to three pounds, which is the minimum required weight for Lionhead show bunnies. This breed makes a great pet for both adults and kids. 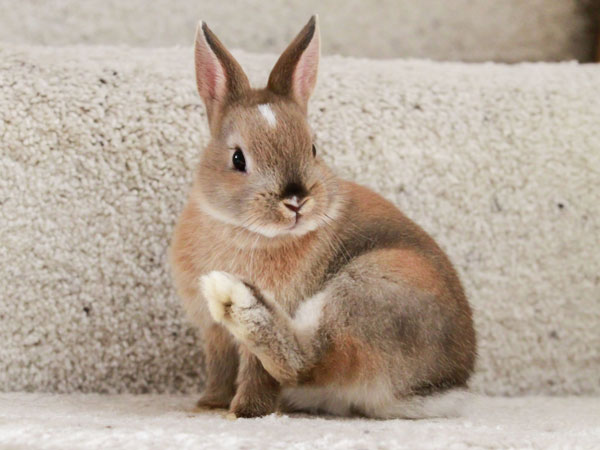 The Netherland Dwarf is all shades of cute. This delicate and sweet little bunny is the smallest of domesticated rabbit breeds, weighing in at two and a half pounds. It has perked ears laying straight back, soft fur, chubby cheeks, and big eyes and head for its size, making the breed hard to resist.

They are mostly bred as pets or exhibitionist rabbits, and they have become more popular in recent years, with the ARBA recognizing twenty-five new color varieties. The Netherland Dwarf is filled with lots of energy, charm, and playfulness. Still, they need to snooze and flop as well.

These bunnies keep themselves clean, so they don’t require too much grooming. However, you might need to remove excess fur during their shedding period. Despite their cuddly look, Netherland Dwarfs have a slightly wild personality and don’t like being picked up.

Although it may take a while, once you establish trust with these bunnies, they’ll show their tamer, calmer side. 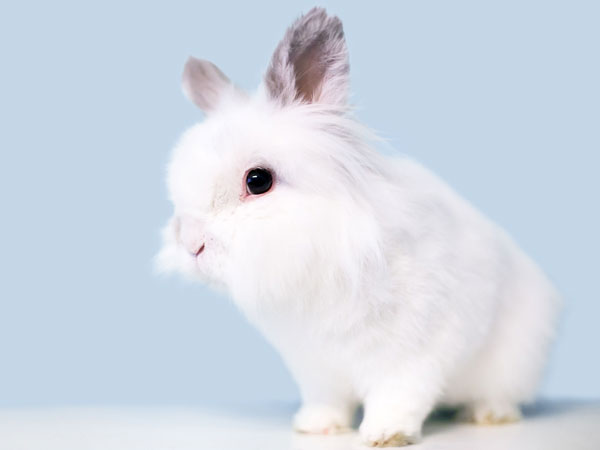 For those who need a super friendly yet low-maintenance pet rabbit, the Jersey Wooly rabbit is an ideal fit. Originating from the US, they are among the most popular rabbit breeds. They have a very small stature, with bucks and does weighing up to three and a half pounds.

The Jersey Wooly rabbit is extremely docile and calm and enjoys cuddling up to its owner’s laps. They are a low-maintenance breed as you only need to brush them weekly and provide adequate indoor housing. With proper care and handling, these rabbits can live up to ten years.

The Jersey Wooly breed is susceptible to tumors and reproductive system cancers. To minimize the risk of such problems, consider having them spayed or neutered. These rabbits are also easily frightened and can develop lasting fear around humans if they’re hurt.

However, they are very playful, and you may find them playing with household items, such as cartons, toilet rolls, etc. 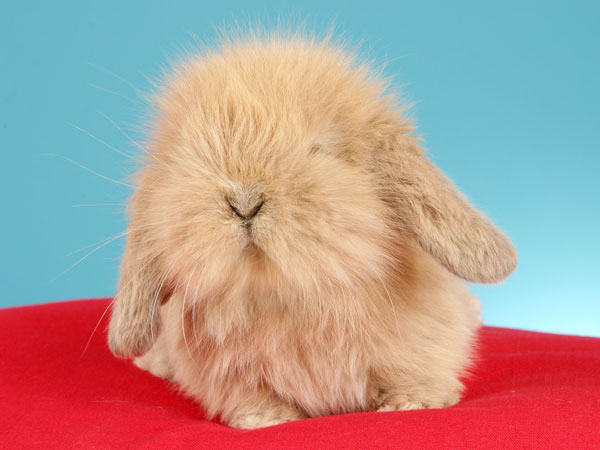 Getting the American Fuzzy Lop took numerous breeding as the intention was to develop a small rabbit breed with the Holland’s rollback fur and lip ears. They do outstandingly well as pets and are popular at shows. Their coarse wool makes them a great choice since they are not prone to matting or tangling.

The American Fuzzy Lop breed is categorized into two different color groups. These rabbits have distinct facial features that give them a unique look. They are very easy to maintain. You can groom their fur with your fingers. They should be kept indoors and only allowed to play outdoors when it’s warm.

Having one of these requires that you meet their dietary demands to maintain their four pounds weight range. With adequate water, personal care, and food, you can enjoy keeping your bunny buddy for up to eight years as a cute pet.

We hope you enjoyed this article on the seven cutest rabbit breeds. Regardless of whether they are big or small, they are all charming and cute in their way. You should be able to find a rabbit that blows your mind on this list, depending on your taste. 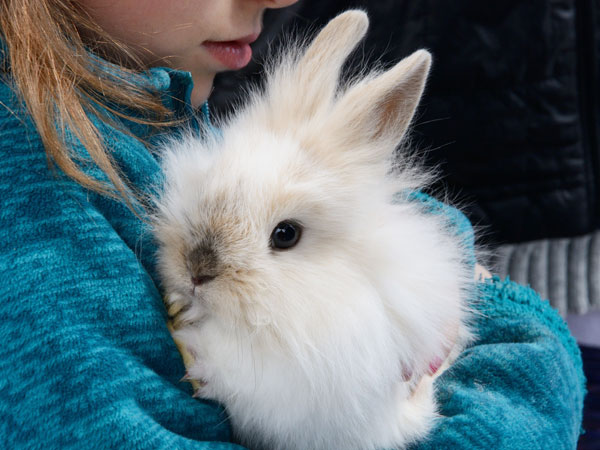 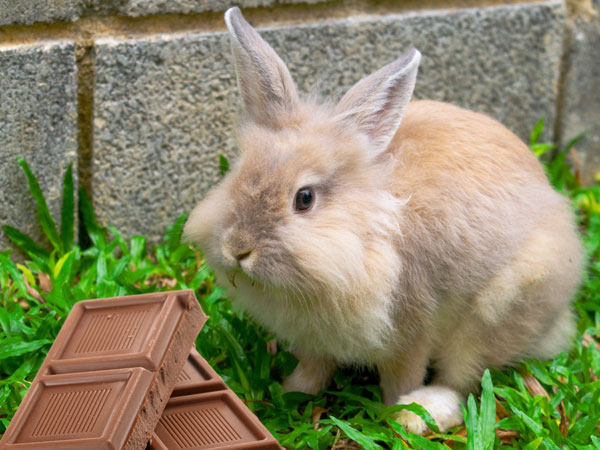 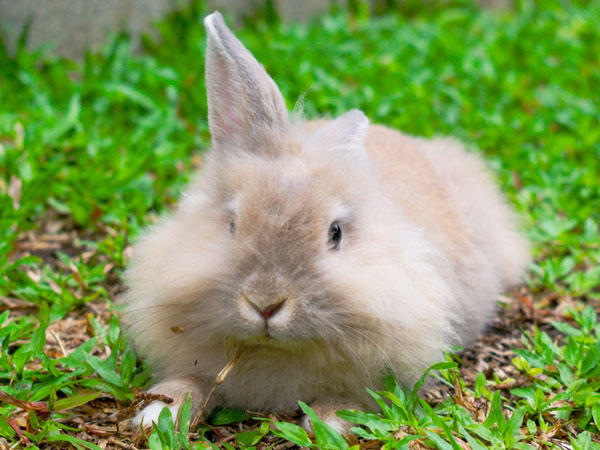 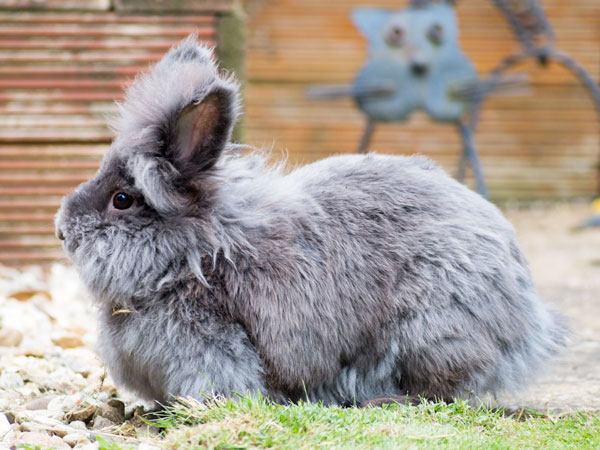 Lionhead Rabbit – All You Need to Know