Greek Tortoises are the fun and sociable individuals of the bunch. While still adverse to excessive handling, these tortoises quickly become attached to their keepers. If you bring it food, this tortoise will come up to you by itself.

There’s no need to train it since tortoises are pretty smart as it is. As long as you take good care of it, a Greek Tortoise will learn to love you. Give it the right food, build a proper shelter for it, and always cherish your tortoise!

This Mediterranean tortoise comes in multiple colors, including black, dark-yellow, brown, and gold. Its name comes from the Greek mosaic-like pattern on its shell.

A Greek Tortoise has a flat head with very large eyes, a domed shell, strong claws to scratch you with, and very big scales on its thick legs. A true reptilian behemoth, in other words! One look is enough to become impressed with its colorful and interesting shell.

Most Greek Tortoises grow up to 12-18cm, with males generally being smaller than females. A hatchling is only 2.5cm in length but it slowly grows over the months and years.

Though, if you plan on housing baby tortoises, we don’t recommend overfeeding them with supplements. Let them grow naturally by offering a regular amount of greens and grasses.

You won’t find a tortoise that enjoys being handled by its owner, that much I can guarantee. The Greek Tortoise is no different. While it can become used to its owner, it will never enjoy too much fondling and handling.

In fact, being too cuddly with your tortoise may stress it out and cause problematic health issues. I certainly recommend you keep your distance most of the time and leave your tortoise by itself. These reptiles are used to a solitary life, after all.

Greek Tortoises are generally very responsive and easy-going, with a friendly temperament. I’m not saying it’ll become your best friend but, if you don’t have high expectations, it just might become one.

They especially like being soaked and eating fresh grass, so when you do that, they love being with you. Make their lives happier and relaxed, and Greek Tortoises will feel right at home.

This species is one of the longest-lived tortoises in the world. Many Greek Tortoises lived up to 100 years and even outlives their keepers. Obviously, duh! It’s rare for humans to live up to 100 years but tortoises often get to that age.

Especially if you take good care of it and offer healthy nutrition, warmth, a social circle, and love. In the wild, most tortoises never live for more than 20-30 years because of natural predators hunting them down. Other factors contribute, as well.

It’s one thing to get a dog and keep it in the yard, free of any shackles, and then get a tortoise. A Greek Tortoise needs a pen or an enclosure to offer security and safety. Not that something may eat or harm your tortoise, though this risk exists.

Temperature-wise, Greek Tortoises need about 75-85 degrees Fahrenheit. During summer, the temperature outside may go above this limit. So, this is where you come in and offer a cooler environment for the tortoise.

Use a water bowl to cool off the enclosure, but the damp substrate is still the best option. You can create a substrate from aspen shavings, cypress mulch, play sand, or topsoil. These materials retain the ambient temperature for as long as possible.

During winter, I recommend a basking light or a mercury vapor bulb. These will offer the much-needed warmth during the cold season or cooler nights. Place it in a corner of the enclosure so the tortoise can back off safely when it gets too hot. The basking light should shine on the tortoise from high-up, so the heat is distributed proportionately on its body.

Greek Tortoises need around 65-70% humidity in their enclosure. This humidity works for hatchlings, as well. If you’re not sure about the level of humidity in your enclosure, use a hygrometer for accuracy.

I recommend using a good substrate to retain the humidity during summer and spray water over it from time to time. Alternatively, a water bowl will add an extra level of humidity into the air, especially if the water is colder. Though, know that tortoises may drink the water and develop respiratory issues if it’s too cold.

A Greek Tortoise needs ample space to run around, hide, and scavenge for food. This tortoise may not be as active and as dynamic as other species, but it still enjoys fun activities. The outdoor enclosure should be 3 by 6 feet, with walls of around 45 cm in height.

The bigger the walls, the better, since these tortoises may climb over the top. If the enclosure looks safe, the tortoise will feel secure and its lifespan will significantly increase.

You can achieve this by adding hiding spots, bushes, foliage, and trees around the enclosure. The tortoise can hide at any time if something scares it. I recommend never letting your tortoise out of sight if you ever get it out of the enclosure.

Stay by its side and keep other animals and pets away. You don’t realize how fast tortoises can be. One wrong move and the tortoise hides away under the barn or under the car. Good luck getting it out of there!

Sunlight is generally enough for a Greek Tortoise. Its vitamin D3 intake is crucial for the proper absorption of calcium. So, all tortoises bask in the sun during daylight. If you keep your tortoise outdoors, this won’t be a problem during summer, spring, and a part of autumn.

However, winter is a different kind of beast. During winter, no tortoise ever comes out into the blizzard to bask in the sun. There’s almost no sun to speak of, either.

You’ll need to install a UVB light to substitute the natural sunlight. This UVB light offers the necessary vitamin D3 for tortoises to boost their calcium absorption. Though, I also recommend giving your tortoise supplements, just in case.

The basking light offers both light and warmth, at the same time. Though, you’ll need both a UVB and a basking light in the tortoise’s enclosure, for maximum effects.

Where there’s grass and weed, there’s a tortoise grazing on it. No joke, these Greek Tortoises love grazing on weed and green grass. They’re just like cows, grazing for hours on end without a care in the world. A tortoise’s nutrition is unique, in that it needs plenty of calcium from various sources. Vitamins and minerals are also important for proper bone and shell growth.

From my research, I found out that Greek Tortoises are fans of dandelion, plantain, clover, wild strawberries, thistle, hawkbit, cat’s ear, and other organic herbs. Mustard, kale, turnip, and collard are also good but not great.

Use them in small amounts. Tortoises also love commercial diets like the Mazuri Tortoise Diet. Cuttlebones are ideal for offering a solid amount of calcium, which improves the tortoise’s diet tremendously.

Fibers are essential for a tortoise, as well. Small amounts of fruits like raspberries or apples are a good idea. Though, keep fruits to approximately 10% of the total diet of the tortoise. Timothy hay makes for a good sharpener and trimmer for the tortoise’s beak, while also offering additional fibers.

Greek Tortoises will happily drink water from a shallow water bowl. They may also soak and defecate in the water bowl, though. Make sure you replace the water daily to prevent any infections or illnesses.

Tortoises hydrate themselves from food, mostly. Fruits, greens, leafy vegetation, all these are filled with water. The tortoise extracts all the water in its food and saves it for later.

If this form of hydration is not enough, the tortoise may choose to drink water. This is why I recommend placing a water bowl in one corner of the enclosure. If there’s a rainy season outside, you can let your tortoise roam freely in its outdoor enclosure.

Bonus points if you have a tree planted inside the enclosure, so water can drip from leaves. Tortoises rely on naturally-found water to satisfy their thirst, most times.

When the mating season begins, males start ramming females in the hope of getting laid. This shell ramming means the male will literally slam their carapace into the carapace of the female.

They’ll also bite the female’s feet and face to get her attention. When the female finally gives in, “consensual” sex takes place. These male tortoises, they don’t seem to care about the female’s consent, do they? Well, as long as the genes get spread around, it doesn’t really matter for tortoises.

During mounting, the male emits a series of high-pitched screeches and noises. It’ll open its mouth wide and stick out its tongue when the act takes place. The little bastard is enjoying it, it seems.

It’s an important decision to get a pet tortoise. Greek Tortoises may not be the best choice initially. They’re not the smallest nor do they have the least complex needs. Greek Tortoises are in the middle when it comes to maintenance.

But, oh boy, are these tortoises friendly and sociable! If you get used to their isolated personality and you don’t cuddle with them too much, you’ll build a healthy relationship with them. Greek Tortoises love their owners as long as they get their private space. 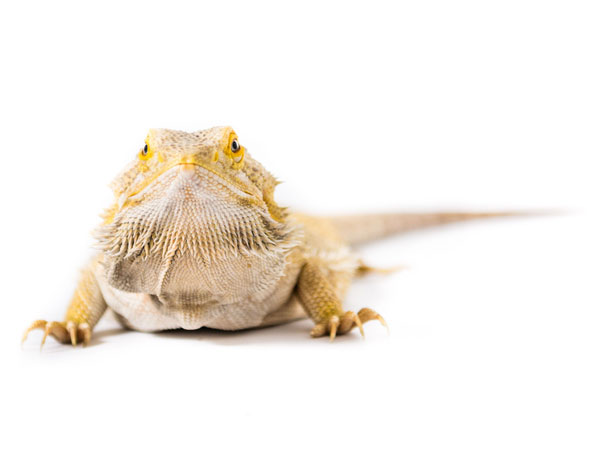 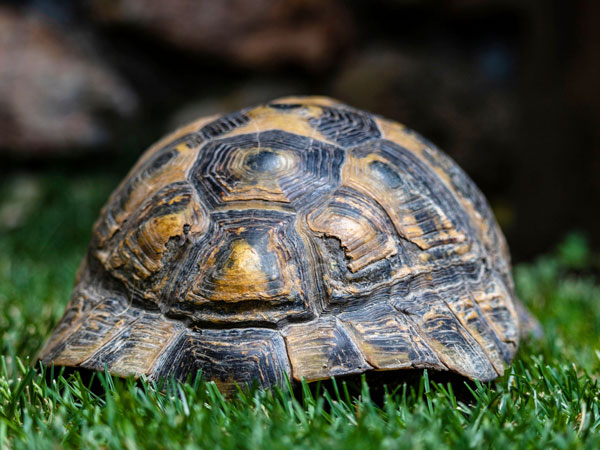 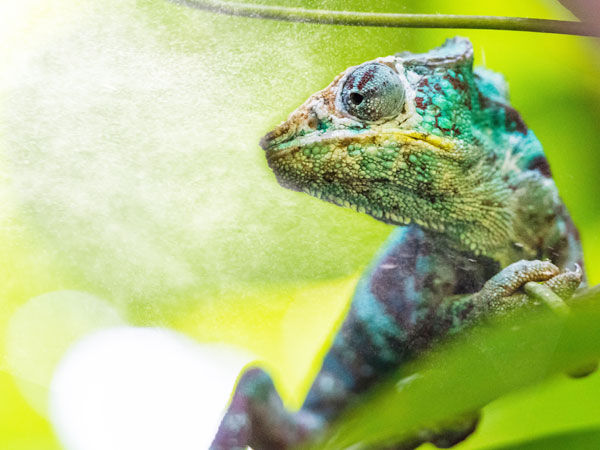