It is not un-rare for inexperienced hermit crab owners to worry once their usually active pets start molting. Indeed, not seeing your pets for several days because they are buried under the substrate can really bring to many open questions. 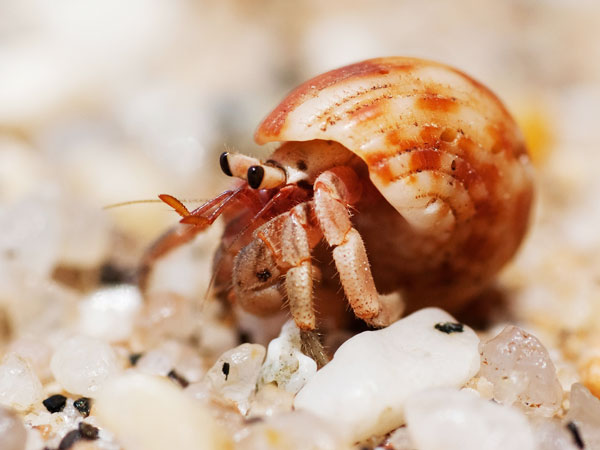 Are they okay? Is this normal? Should I wait or dig them up? Not knowing if your hermits are fine or if they are perhaps suffering and preparing to die is never easy so, in order to be able to reassure you, here comes the complete guide about hermit crab molting.

Why do Hermit Crabs Molt?

In simple and brief words, hermit crabs molt to grow. Molting is basically a natural process that allows them to lose their old exoskeletons, growing their bodies and surrounding them with a new, larger exoskeleton.

Before the process is complete, their bodies are extremely fragile and any external factor such as human contact could possibly kill them. Therefore, they always bury themselves deep in the substrate to stay protected, but also to being able of releasing the molting hormone.

To understand the entire process better and being able to distinguish it from an illness or increased stress, it is important to describe each step from the very beginning.

When a hermit crab is ready to grow, there will be visible signs which you can easily detect once you learn how. First of all, they will need to re-stock their bodies both with food and fluids.

Indeed, they will eat much larger food quantities before beginning to molt, to gain reserves for the following period of time.

Also, you will notice these little creatures spending much more time in their water dishes than usual, filling their shells up with enough humidity to survive afterward, but also to use the salt for breaking out of their old exoskeleton.

They will also start digging their way into the substrate, trying to find the perfect spot. Some hermits will try to find their way out of the enclosure, too, as they wish to escape to a darker and calmer place, away from the other hermits.

Next, the molting process itself is going to begin. Your hermits will now stay buried into the substrate and, if not being really close to the tank glass, you will basically not be able to see them for a while.

While being buried, they will first leave their shell, followed by the loss of their exoskeleton. This is the time when they are most vulnerable and their bodies are so fragile that, if forced to move or if other hermits approach, they can literally fall apart.

Additionally, they have basically no muscle control during this phase and are unable to move. Once their soft bodies grow to the desired size, they will start building their next, bigger and stronger exoskeleton.

To make sure the new exoskeleton grows properly, they will eat the old exoskeleton to gain needed minerals. Once they are ready to face the outside world, they will slowly come out to the surface in the research for the next perfectly fitting shell.

Most owners are really confused when it comes to the duration of the molting process. And indeed, there is no rule here, other than smaller hermits requiring less time to grow when compared to larger hermits.

In theory, molting can last anywhere between 2 and 8 weeks (or even longer for exceptionally large specimens), so it perfectly normal to worry if your hermit is fine.

However, as long as other hermits are not trying to reach it and there is no fishy smell around the tank, patience will be your only companion. Your crab will come out eventually.

Do Hermit Crabs Leave their Shell when Molting?

Yes, hermit crabs need to leave their shell in order for being able to molt. However, not all of them will leave their shell at the surface but rather once they are already buried and they start losing their old exoskeleton.

How to Care for Molting Hermit Crabs?

The golden rule is to never touch or disturb in any way a hermit crab that has begun to molt. Furthermore, you also need to ensure that other hermit crabs are doing the same, as they will usually feel really attracted to the smell of the molting hermit and will be tempted to eat it, along with its old exoskeleton.

If you own a decently sized tank with plenty of substrate and you constantly monitor your pets, this should be enough. However, if your tank is smaller, it may a good idea to temporarily place your hermit into a separate, molting tank.

If you decide to do so, it is crucial to move it before it buries itself or you may otherwise cause more damage than help.

Can Hermit Crabs Die after Molting?

Hermit crabs can die after molting and, sadly, this happens more often than we like to imagine. Especially if they are purchased from an unreliable shop, after being taken out of their wild habitat and placed into a tiny enclosure- such hermits will mostly die within a year.

But generally, these creatures are very fragile and sensitive until their new exoskeleton hardens up completely, so they can basically die due to any poor maintenance.

Inappropriate temperature or humidity levels, non-nutritive food, too-small living space or even the wrong choice of water de-chlorinator can often be a reason for these sensitive creatures dying after molting.

Therefore, please make sure to always follow guidance from trusted sources and to constantly monitor their environmental conditions.

Molting is the most fascinating but also the most vulnerable life phase of each hermit crab. There are so many things happening during the molting process and it is unfortunately not possible to describe them all at once.

However, the most important thing for owners is learning how to distinguish this perfectly natural occurring from an illness or a highly stressful phase.

Indeed, knowing when not to disturb your hermit pets and when to intervene is often what will make the difference between their life and death. 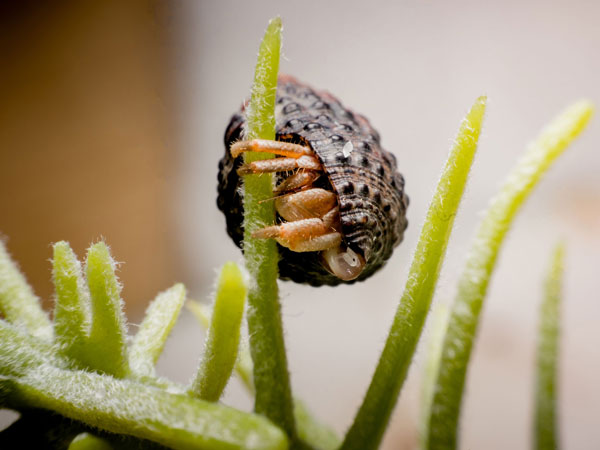 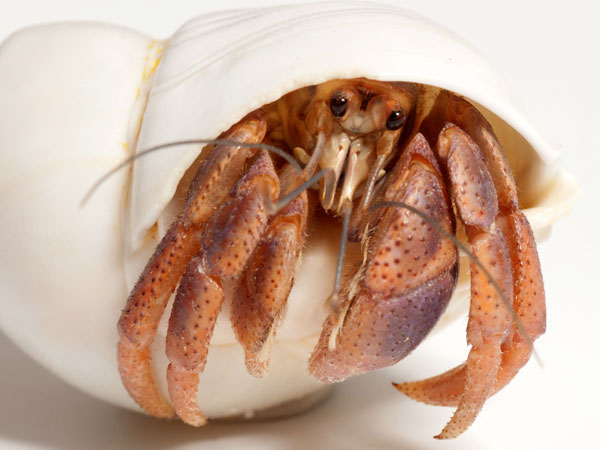 How to Treat Mites on Hermit Crabs? 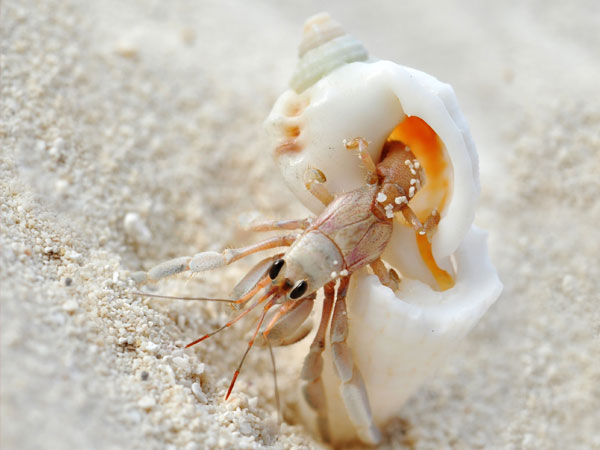 Why Hermit Crabs Leave Their Shell? 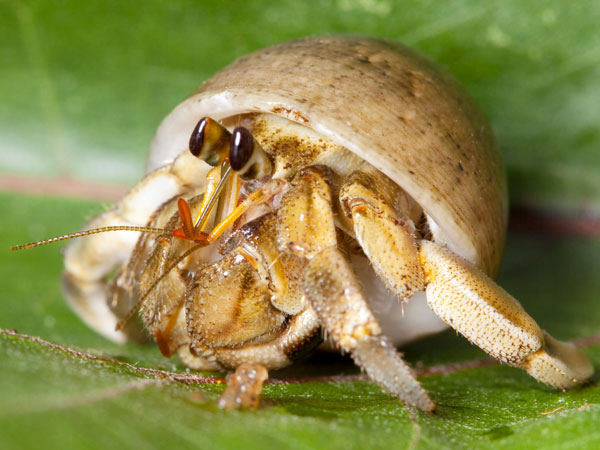