Do Oscar Fish Bite? Does it Hurt?

Oscars are large cichlids that display territorial behavior and don’t play well with other fish species. Given their naturally larger size, predatorial behavior, and mean look, it’s only natural for the question to arise – Do they bite? 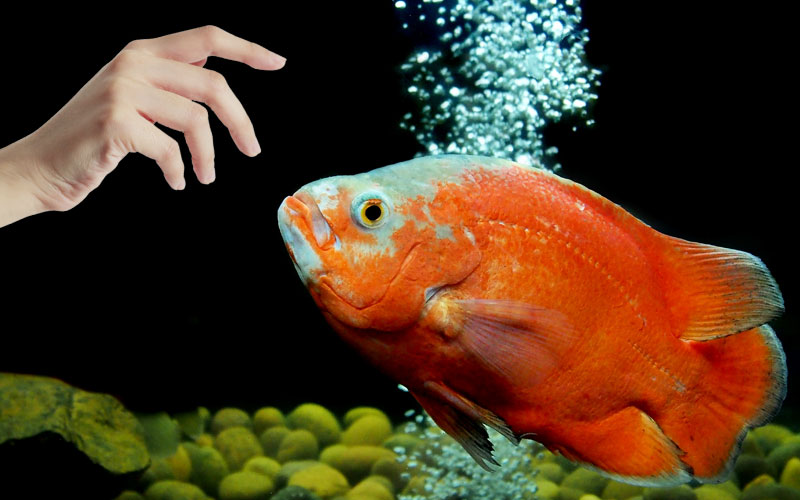 To put it bluntly, no, Oscars don’t bite, they poke. It also depends on each fish’s personality and circumstances. Some may be more aggressive and territorial than others and will react instinctively to anything invading their space, including your hand. Generally speaking, Oscars recognize their owners and will show that each time you come close to their tank.

They will greet you by coming near the tank’s walls or swimming to the water’s surface if they think it’s feeding time. That being said, they might poke at your hand if you place it in the water. It’s a tactic designed to scare more than hurt you since Oscars don’t have any visible teeth to bite with.

But more on this issue in the upcoming section.

Do Oscar Fish Have Teeth?

Yes, they do, but they’re all located at the back of the mouth and in the throat. Unlike predatory fish like piranha or sharks, Oscars don’t have any teeth on their mandibles because they don’t need any.

They are suction fish, which means they get close to their prey and use a powerful suction effect to drag the victim into their mouths. There, internal muscles direct the prey to the back teeth, which kill and grind it.

The pharyngeal teeth have a similar role, breaking down the food even further before going down. This anatomical feature prevents the Oscar from inflicting any serious harm to potential attackers. At most, your Oscar will nip at your hand with its big and powerful lips but won’t be able to cause any relevant damages.

Only if you insert the finger into its mouth, you should expect some moderate pain, but the Oscar’s teeth aren’t that sharp anyway. So, they won’t inflict any meaningful cuts or punctures.

Yes, they are. Oscars are cichlids, so it’s only natural for them to display predatorial behavior and showcase aggressive tendencies during feeding. They won’t share their space, food, or females with any other Oscar and will consider most fish in their environment to be competition or even enemies. It’s one of the reasons why Oscars are often kept alone.

If you do have more than one Oscar in the tank, I advise feeding the fish separately as much as possible. This means sprinkling food in different areas of the tank to force the fish to spread out. This will minimize Oscar’s aggressive tendencies since there will be plenty of food for everyone.

I suggest adopting a similar approach for community tanks where you have several species of cichlids present. All cichlids will display food-related aggression since it’s written in their biological profile.

Does an Oscar Fish Bite Hurt?

Unlikely. An Oscar bite isn’t really a bite. It’s more like a poke, sometimes combined with a suction effect, since Oscars can’t really bite. They’re not biologically built for that, which is why Oscars only consume food large enough to fit their mouths.

They can’t bite chunks out of their prey since they don’t have any mandible teeth. Instead, like I’ve already mentioned, they will create a suction effect with their lips and mouths, sucking the prey into their mouths. It’s only then when the pharyngeal teeth will take over, breaking down the victim and preparing it for digestion.

So, the Oscar won’t bite you, but it will poke you with its lips if you insist on triggering them. Some may even act more aggressive instinctively since Oscars are extremely territorial and will even attack human hands if any happens to swim in its habitat.

Can an Oscar Fish Bite Your Finger Off?

No, Oscars can’t do that. Although they might try at times. Oscars don’t appreciate any foreign creatures in their habitat, including those looking like human fingers. The Oscar may attack your beloved appendices, but you should expect any serious damages.

The Oscar’s teeth are small and not quite sharp, only fitting for killing small fish and crustaceans; they won’t cause any significant damage to your finger.

That being said, you may experience some tiny scars if the Oscar is large and powerful enough and you insert the finger into its mouth on purpose. Accidents may also happen if the cichlid believes you have food on your finger. So long as you’re cautious, the Oscar can’t harm you.

As a general rule, try to avoid sticking your hand into the Oscar’s environment too often. The cichlid doesn’t appreciate those incursions, and you may end up needlessly stressing the fish. Oscars aren’t exactly built for petting.

How to Avoid Biting During Feeding?

Oscars tend to be more aggressive than most fish tank fish you may have encountered. They will poke at their tank mates and even kill and eat them if they’re small enough. That’s why it’s never advised to pair Oscars with small fish species like swordtails, platies, molies, or guppies.

That being said, Oscars can’t hurt you even if they do decide to attack. If they do poke at your hand, consider them love taps because that’s what they probably are anyway. 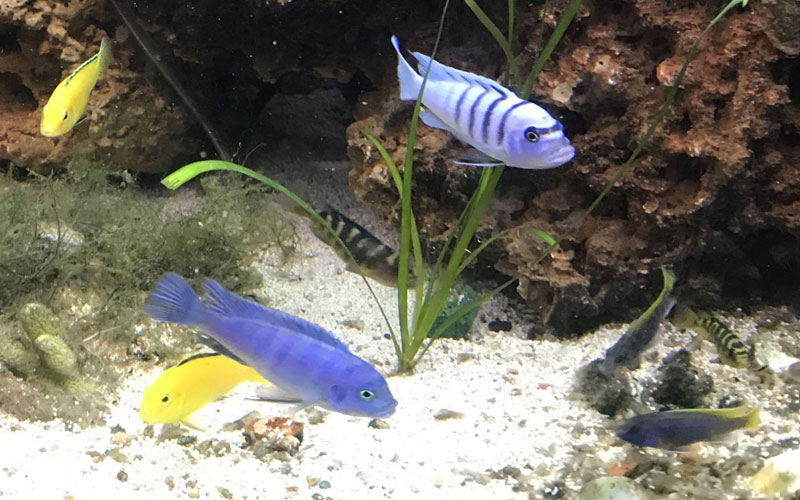 How to Setup a Mbuna Cichlid Tank? 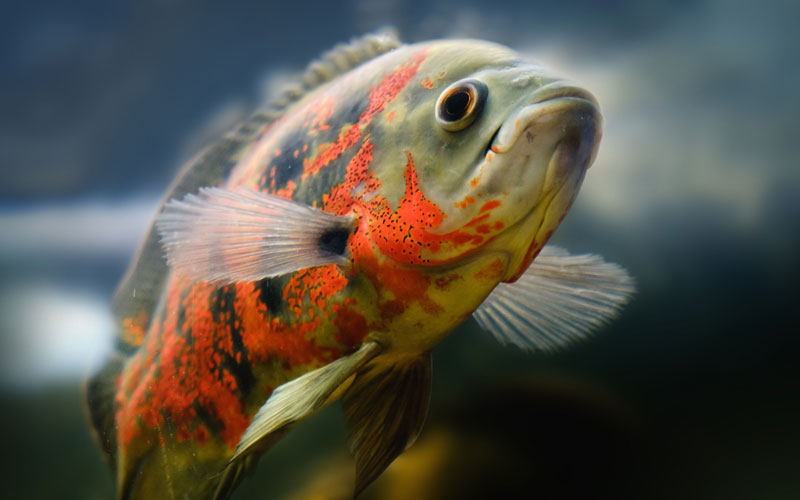 How Long do Oscar Fish Live in Captivity? 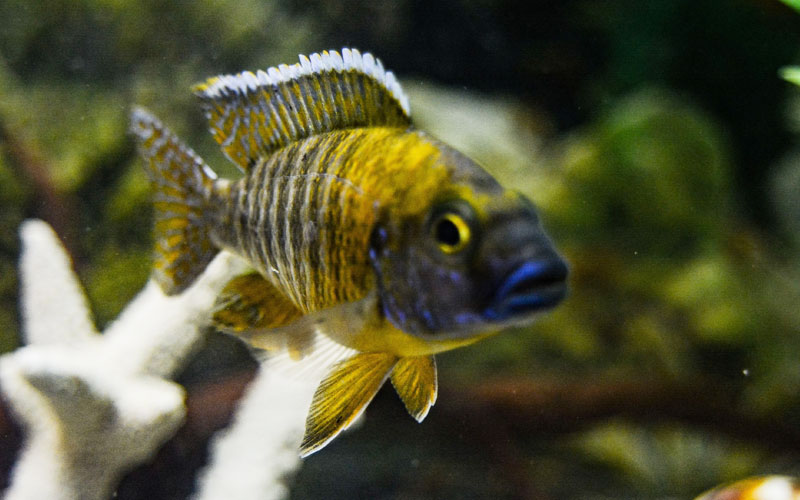