Bearded dragons are moderately-sized lizards found in Australia. They are good pets even for novice reptile owners though they have fairly complex environmental and nutritional needs. 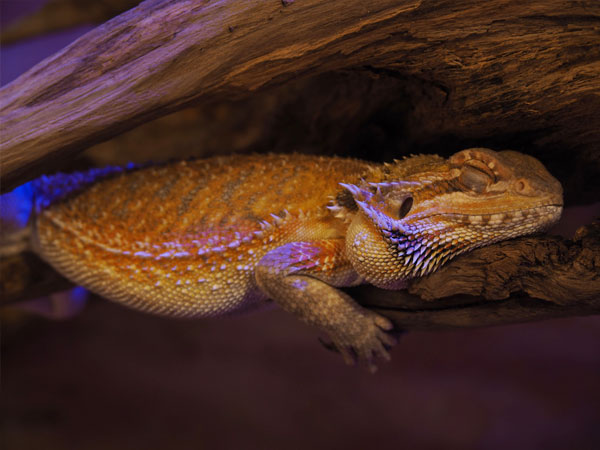 Bearded dragons are social, easy to tame, and have several fascinating behaviors that you will find interesting to watch. They attain adult heights of 16-24 inches and live for 6-10 years. One of the behaviors that most bearded dragon owners find strange at first is the reptiles’ brumation.

Below are tidbits that will provide answers to most questions you have on this behavior to ease the care of your pet bearded dragon.

What Is Bearded Dragon Brumation?

Brumation refers to a dormant period in a reptile’s life. It is much like hibernation in mammals when animals shut down their bodies so that they conserve their energies for the coming season.

However, unlike hibernation when mammals sleep and have to neither drink nor eat, reptile brumation is not really sleeping. The animal will still need drinking water, and, sometimes, food.

In brumation, the reptile only vastly reduces its movement so that it saves energy. Though the animal will spend a lot of time sleeping during brumation, it will also have periods of wakefulness.

In winter, a bearded dragon significantly reduces its body functions and metabolism. These steps are made so that the animal can conserve energy that will help it survive through the cold months.

Reptiles will not increase their body temperatures to combat the cold since they are cold-blooded. They thus work with the temperatures of their surroundings and will struggle to keep warm in winter.

At this time, there is also barely enough to eat, and there isn’t enough sunlight to help the animal effectively process its food or maintain its bone health.

Therefore, the bearded dragon will nestle in the dirt during brumation so that it keeps itself hydrated using the moisture in the soil. This way, it can stay for months in the soil without having to venture out looking for water.

Why Do Bearded Dragons Brumate?

Brumation is an entirely natural process that is done in the wild solely for survival. In the wild, it helps bearded dragons get through cold months when there is little plant life and food. They thus sleep off the season by making a burrow while waiting for warm seasons.

During brumation, the reptiles live off their internal nutritional reserves. This behavior has been there for millions of years, and it is nothing that a few decades of captivity will undo in your bearded dragon.

In captivity, brumation is purely done because of habit and instinct. In the wild, bearded dragons will undergo brumation annually at certain times.

Therefore, there is a chance that even in captivity, their bodies naturally decide that it is time to brumate irrespective of the conditions of their enclosures.

Brumation does not always occur in pet bearded dragons, so if it does not go through it, the animal has probably lost this inherent survival instinct.

Signs of Brumation in Bearded Dragons

Understanding what you should look for in a brumation bearded dragon is essential so that you know how best to handle the reptile.  In most cases, brumation in your reptile will look like a lack of energy or major laziness.

This is because the animal starts shutting down its non-essential body systems. The common signs of brumation in a bearded dragon include:

As is evident, most of the above signs are similar to those your pet will exhibit when sick. Since most pet owners are not conversant with brumation, they will worry about their pets and take them to a vet.

However, sickness generally has physical symptoms, while in brumation, the signs are primarily behavioral. If you notice a significant loss of weight, general color change, tail rot, or a dark-colored beard, this might mean that your bearded dragon is ill rather than brumating.

How Long Do Bearded Dragons Brumate?

Each bearded dragons is different, and so, their brumation periods will also differ. While some will brumate for only a few days, brumation in others can go on for months. Even the same reptile can brumate for different lengths of time in different years.

Nonetheless, in general, brumation in a bearded dragon will last for a few weeks to four months. In captivity, brumation is often shorter than in the wild because temperatures are usually warmer. This makes the reptile think that winter has drawn to an end.

The exact time for the brumation of a bearded dragon will depend on the hemisphere in which you live. For instance, reptiles in the southern hemisphere start brumation in March or April since temperatures fall at this time.

This is because when they turn a year old, the reptiles start storing fat and filling out in stature. This stored fat can be used to get them through the few weeks of brumation.

Do Bearded Dragons Eat During Brumation?

Yes, bearded dragons will eat during brumation. As mentioned, their appetites might be lower than normal. This is because the reduced metabolism means they need not eat as much food as they usually would.

You should thus give your pet a fraction of what it normally eats, but do not worry too much if the reptile does not even venture out of the dirt in which it is buried to eat. Food is not as critical to its body when brumating.

If your bearded dragon eats, ensure that it digests then passes the food before you leave it alone. Encourage it to spend some time basking under the UVB light you put in its cage and give it a daily bath until it passes stool.

When brumation is over, you can expect a bearded dragon to regain its normal appetite within two weeks. Even so, try initially weaning the animal back on its regular diet. Overfeeding it with insects might upset its tummy.

Wild vs Captive Brumation – What Is The Difference?

There are a few differences between brumation for wild bearded dragons and captive ones. Though in the wild, brumation is meant to ensure a bearded dragon survives the cold, in captivity, it is a response to an innate need as well as an animal’s biological clock.

In general, brumation lasts for a shorter time in captivity. This is because pet owners will be intent on creating the most comfortable environment for their pets.

As such, the warmth and presence of food in captivity will make your bearded dragon spend less time in brumation than it would in the wild.

Is Brumation Good Or Bad For Your Pet?

Brumation is generally good for a pet bearded dragon. Though you will need to change a few things in its environment when it is brumating, your reptile is not like other pets in which hibernation causes serious health issues.

However, if your bearded dragon is less than a year old, brumation might stunt its growth, lifespan, and potential size while predisposing it to various health complications later. Therefore, if you notice your baby reptile brumating, call a vet to get it checked.

At the vet’s, your pet’s fat pads will be checked as the baseline for understanding how much nutrition the animal has and whether or not it can safely go through brumation. If everything looks ok, the vet can allow brumation to continue.

However, if your pet bearded dragon is not ready for brumation, the vet will try and stop it. Increasing the pet’s exposure to sunlight or UVB light and handling your pet more frequently are some of the steps that can keep it from brumating.

However, be prepared for some slight personality changes, including aggression, hostility, and stress in your pet dragon when you stop its brumation.

Should You Wake Up Your Bearded Dragon?

No, it is not advisable to wake up a brumating bearded dragon. After all, this is a natural behavior in both captivity and the wild so there is often not much reason to stop it. Waking up a brumating reptile will confuse the animal or prolong its brumation period.

Even so, there are times when you are allowed to stop brumation by waking up your bearded dragon. This is typically when the animal is less than a year old because it will not have built up enough fat stores for the brumation.

Caring For Your Bearded Dragon During Brumation 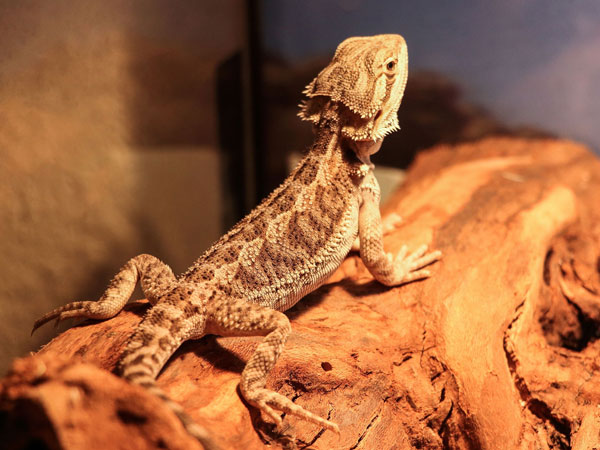 You might not have to do so much during the brumation process to keep your bearded dragon comfortable. Even so, it is important to provide a conducive environment for your pet so that it goes through the process seamlessly.

Here are some guidelines on the common elements you should pay attention to in a brumating bearded dragon’s environment:

When brumating, it is best to have less light than usual in your bearded dragon’s enclosure since it will be spending more time in darkness. Though not a must, the reduced lighting will replicate its natural conditions so that the reptile is comfortable.

Shorten the pet’s exposure to total and UVB light by a few hours initially, then increase the darkness over time.

Even if a bearded dragon has a slow metabolism during brumation, it still needs water. Have a full water bowl for it in the enclosure even when it does not seem interested. You should also give the reptile a bath when it is brumating.

This encourages bowel movement and allows it to easily drink some water. Be careful during the bath so that the pet does not drown. Its head might become submerged in the bathwater because it is sleepy.

Your bearded dragon might not want to eat when brumating, but you should still feed it. Expose it after the feeding to some UVB light so that it can digest the food before going back to sleep.

A bath will also encourage some bowel movement and hasten digestion. This is because if you leave any undigested food in the dragon’s stomach, it will rot inside and cause several digestive issues.

Though a brumating bearded dragon will not use its cage as frequently as it normally does, you should still keep the enclosure clean.

A clean cage will keep diseases at bay and enhance the comfort of your pet. Consider spot cleaning as much as possible so that you do not disturb your brumating pet.

Most pet owners are worried about what to do when their brumating bearded dragon finally wakes up because they assume there will have been a serious change in the animal’s behavior. Fortunately, caring for your dragon will be quite easy.

All you should do is resume your pet’s schedule to what it was before the brumation. It might take time for your bearded dragon to get back to what it used to be before brumation, but this is not a cause of concern.

From the information above, you are ready for the brumation of your pet dragon. Hopefully, you now see that this is nothing that should scare you or keep you from getting a bearded dragon as your pet.

Having constant vet care before the reptile goes into brumation will go a long way in ensuring it safely goes through the process.

The vet will ensure that your pet is free and well-protected from some of the conditions that mimic brumation. These include parasitic infections, impaction, and shedding. 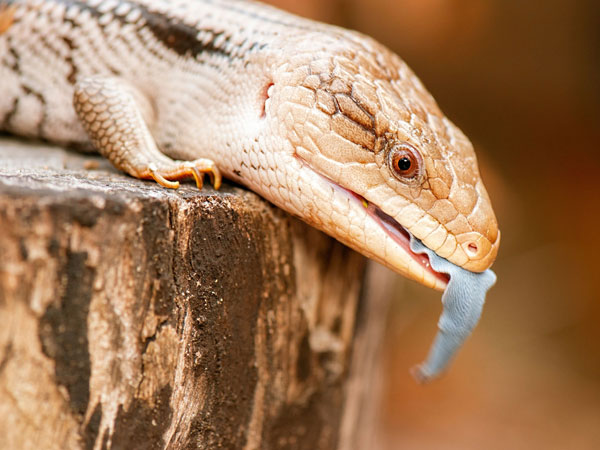 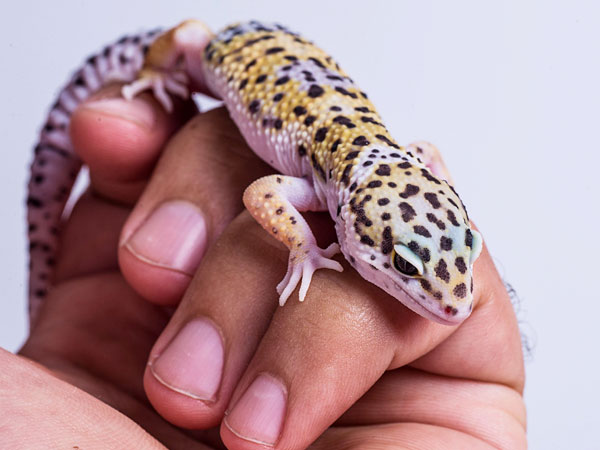 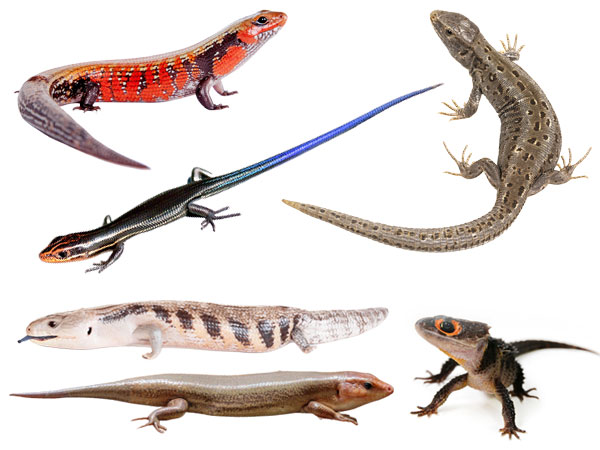 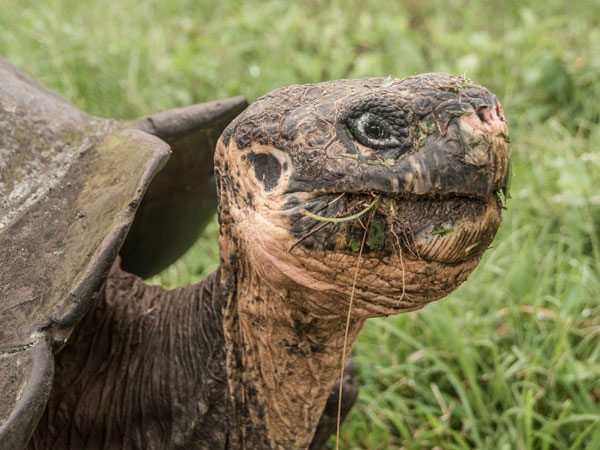