Living amongst us are certain people who cringe in fear at the mention of the term reptiles. The world has associated these cold-blooded creatures with fire-spitting dragons, saw-scaled vipers, and so forth from time immemorial. 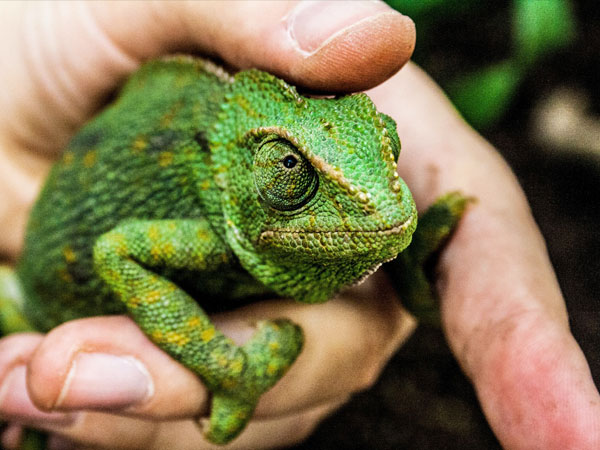 As a result, this false impression affects even the timidest, harmless reptiles. For instance, chameleons in their delicate and colorful nature would attract a whole load of admirers. However, deep down, most people wonder if these docile animals bite or cause harm like other reptiles.

Will a Chameleon Bite You?

Most chameleon species, such as the Jackson Chameleons, will rarely try to bite someone. More aggressive chameleons, like Veiled chameleons, would habitually attempt to bite any exposed part of the caregiver even without provocation. Above all, chameleons use this tactic to demonstrate fear, dissatisfaction, or stress.

Does a Chameleon Bite Hurt?

Chameleons barely do sink their teeth deep in human flesh. Given that their miniature teeth hang loosely on the jaw, they are unlikely to cause any significant damage. Actually, most pet owners hardly notice these tiny bites apart from a stinging sensation.

Keep in mind that there are more prominent species with stronger jaws that can draw blood. All in all, chameleons pass vital signals before making an attack. If you notice a constant glaring look, that’s an early sign that they are on the lookout if you trend closer.

Then, there is the accompanying color change to pure black or a display of dazzling colors. Likewise, they may open their mouth wide open, hiss, and puff up to appear bigger.

Is a Chameleon Bite Poisonous?

Chameleons are non-toxic defenseless reptiles, so their bit is not poisonous. Even if they bite or draw blood, rest assured that they cannot transmit venom or poison to a human being. Equally, a touch on their skin or a scratch from their toes should not cause any alarm.

Why do Chameleons Bite?

Biting a human being who is several times the size of a chameleon is an extreme act of bravery. As mentioned above, this is usually the final resort of a chameleon after an individual fails to adhere to the warning signals sent. Below are some factors that can trigger your pet chameleon to bite.

Some chameleon species depict aggression traits more than others. There is no scientific evidence that defines this disparity among chameleons. Nonetheless, there is a likelihood that this inclination originates back from the natural habitat. For instance, chameleons from Eastern Africa tend to be more aggressive than others.

Stress, in its ugly face, can be frustrating to any living being. For a little helpless animal held in captivity, it can significantly take a toll on its personality and well-being. At times it can be an offending factor in the environment or a sign of sickness. With no other way to air out their frustrations, chameleons opt to bite.

Even if some species like Panther and Jackson’s chameleons tolerate handling well, this is not their favorite pastime. Instead, a solitary life, camouflaged in their surrounding, is what they desire most.

Furthermore, since they possess no companionship instincts, they would never respond or feel inclined to your regular petting. As a result, improper handling can scare their wits off, leading to hostile characteristics.

What Happens if a Chameleon Bites You?

Seldom, even the most careful pet owner gets bitten by an agitated chameleon. Usually, this happens when your little friend feels cornered and retaliates. It can be an unfortunate incident when feeding them or cleaning the cage.

To most people, the first reaction is fright and worry. Despite all, avoid pulling out your finger from the chameleon’s mouth in a rush as it may worsen the situation. Almost certainly, your pet would grind their teeth more on your skin, causing more harm.

Remember that both of you would be in a state of shock. Therefore, be gentle with your chameleon as you disengage without exerting pressure. Then take time to observe how your skin reacts after the bite. If you notice swelling, seek medical assistance right away for tetanus jabs.

Once you have everything under control, check on your little friend as well. Surprisingly, some chameleons break their jaws if they use too much pressure to bite. Others would break bones if the owner flung them over in shock.

For this reason, examine the entire body for any swellings and tenderness. Although you need to be vigilant to avoid future bites, be gentle to your little friend. If you persistently show them love, most likely, they would not find any need to plunge their teeth into your skin

How to Handle Your Chameleon?

Discomfort, anxiety, and fear are the main factors that cause chameleons to develop hostile individuality. That said, each distinctive personality plays a significant role in how chameleons react when handled.

The trick is to learn how to manage them with care, patience, and a purpose. First, give your pet considerable time to get accustomed to a new environment. Whether as a newborn or transition from the pet shop, provide them with the space to familiarize themselves.

Slowly but steadily, move to the next level after a couple of weeks. In this stage, it is all about enticement and cajoling. The easiest way for chameleons to gain trust in you is through the stomach. Hand-feeding is the best approach you should use, especially in the morning when they are most hungry.

If you manage to win over your chameleons at this level, handling will be an easy task. Though, do not force or attempt to grab them abruptly. Instead, place a branch or stick at the opening of the terrarium.

This approach is enticing enough to get your pet out of the enclosure. Later you can bond more on a basking session outdoors.

Note that some species may warm up faster to you than others. The bottom line is to be gentle and patient with every response you get.

Despite the effort, not all chameleons become sociable enough. That should not translate to a failed mission. Instead, celebrate little milestones with an incentive meal. Not only does it serenade your pet over, but it also calms them down as they transition to a less aggressive character. 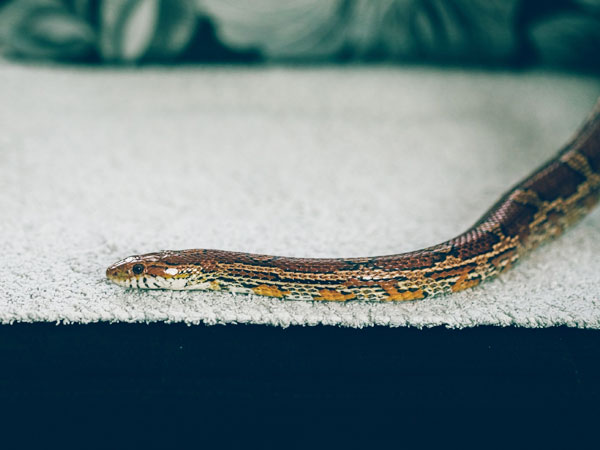 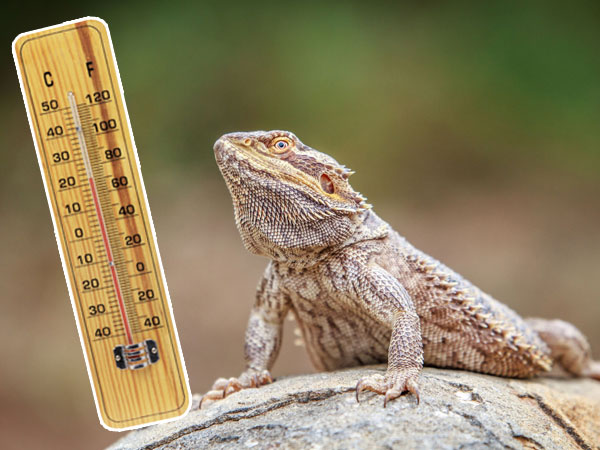 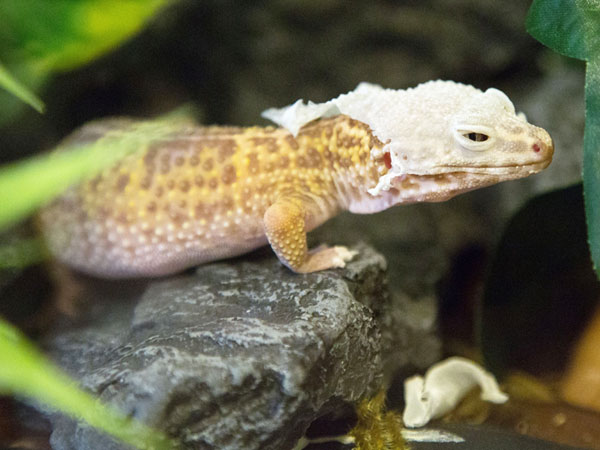 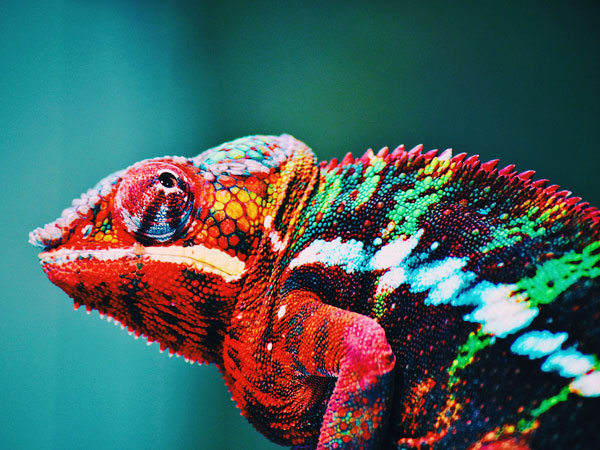