Crested geckos are amazing pets, but few people know the story behind the species. These reptiles are now considered protected due to their loss of habitat and dwindling populations. Some of the reasons behind these issues relate to human activity, but others are not, as natural selection plays a critical role in culling the weak. 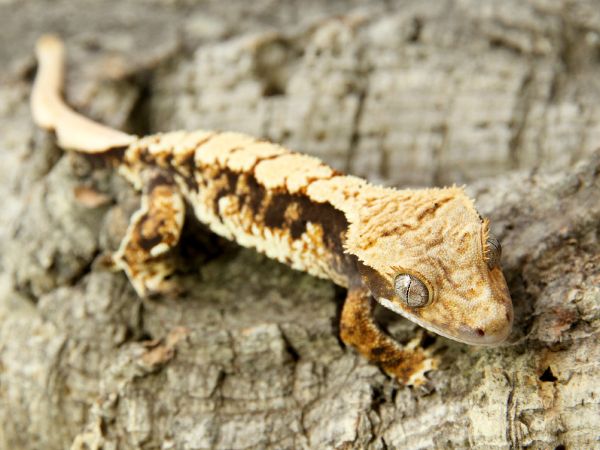 This is exactly what we will be discussing today: natural selection, how it works, and how it affects a given species or population in a given timeframe.

What is Natural Selection?

For a clearer picture, here’s a relevant example to help dispel some of the confusion:

The ancestor of lions and many of the modern felines today is Proailurus Lemanensis. This looks like a leopard but with tiger stripes and darker coloring that what a lion displays. So, what happened? Why did that feline go extinct 25 million years ago, while lions still roam the Earth to this day. The answer is simple: because of natural selection.

In short, some Proailurus Lemanensis groups migrated to other areas and separated from the main population. Over millions of years, the offspring eventually changed color, losing their stripes and gaining that yellow-tan shade that we see in lions today.

This was just a random mutation that occurred in that specific group and nowhere else. The result was that the tan Proailurus Lemanensis were less visible in their new ecosystem with yellow and dried-out grass and vegetation.

This allowed the feline to become more proficient at hunting than its stripped counterparts and adapt better to its environment. Eventually, the stripped Proailurus Lemanensis fell out of grace and went extinct, while the tan group multiplied and turned into the lions we see today.

The same goes for the modern gecko, which descended from numerous other ancestors, each different than the reptile we have today. Maybe some of the gecko’s ancestors couldn’t lose their tails when caught by predators.

This is why, when a random mutation happened, allowing the gecko to do that, the lizards that could lose their tails survived predation better than those that couldn’t.

Natural selection only allows for the survival of the best-adapted and discards those that cannot keep up. This brings us to today when rapid changes in the gecko’s environment put the species at risk for extinction.

That’s simply due to a combination of natural selection and human-driven selection, forcing the gecko to adapt to a rapidly-changing environment that they cannot keep up with.

The crested gecko’s natural habitat is in New Caledonia, a warm and humid ecosystem with plenty of vegetation and trees. The fact that crested geckos are limited to several neighboring islands is both a blessing and a curse.

On the one hand, the fact that the species is isolated from other land masses protects it from predatorial species that could eradicate geckos altogether. This allows the reptiles to thrive in a relatively safer ecosystem.

On the other hand, any massive disturbance or cataclysmic destruction of the gecko’s ecosystem can lead to extinction due to the gecko having nowhere to go. This is where we are at the moment.

Geckos were able to thrive for at least 100 million years in that ecosystem, according to the most compelling findings in the region. Some of the oldest modern gecko fossils were discovered as far back as 100 million years, proving the species’ resilience.

Unfortunately, things changed fast with the arrival of humans, causing the gecko population to dwindle in the wild. So, let’s discuss that.

Crested Gecko Population in the Wild

This simply means that the crested gecko has nowhere to go to flee from predators, human intervention, and its habitat’s natural and human-guided destruction. But what are the threats that crested geckos face in the wild?

We’ve already discussed how natural selection works and how species adapt to changes in their environment. The problem is that while many species can adapt to some small changes within several generations, they need a lot of time to adapt to large changes. They need even more time to adapt to several major changes, the type of which the crested gecko is facing.

The problem is that the crested gecko doesn’t have the time and space it needs to adapt. Currently, there are several real threats that crested geckos face in the wild, such as:

They hide in trees to escape ground-lurking snakes and mammals and use foliage to camouflage from birds. Their detachable tails also work to their advantage in case a predator grabs the gecko.

The problem is that the gecko’s habitat witnessed an immigration of novel predators with which the gecko isn’t familiar. These include fire ants and the regular cats and dogs that came with the human population. These predators threaten the gecko’s survival more than any of their natural predators combined.

Geckos have a varied diet and consume insects, larvae, worms, and fruits to meet their nutritional needs. The problem is that food sources have begun to dwindle with the reduction in gecko’s habitat. This leads to increased food competition among geckos, causing some to invariably starve.

Food scarcity ranks among the leading causes of population problems among crested geckos, aside from the geographical isolation and human interventions.

Crested geckos can struggle with a variety of health issues, many of which relate to parasitic, bacterial, or fungal infections. These are common threats in humid and warm environments, especially in geckos with compromised immune systems. Not to mention, geckos live dangerous lives in the wild, constantly having to dodge predators and navigate the perilous habitat.

This can result in minor skin tears and injuries that are prone to infection. Then you have gecko-on-gecko territorial violence, given that these reptiles are antisocial animals. All these factors make the gecko more prone to injuries and infections, which can degenerate fast.

And if that wasn’t enough, most parasitic and bacterial infections are highly contagious, capable of spreading among the gecko population rapidly. This is especially concerning for an isolated population, limited to little over 1,000 square miles.

Environmental destruction is one of the leading causes of crested gecko endangerment. Geckos’ habitat diminishes by the day due to human expansion in the area and the introduction of house pets and other non-endemic predators that see geckos as easy prey.

This means that geckos have nowhere to run, and with less natural habitat at their disposal, they are less effective at fleeing and avoiding threats.

However, human intervention is not all bad. In a twisted turn of events, the arrival of humans and their impact on the gecko’s habitat can also have positive effects. A 2010 study looked into the effects of habitat modifications on arboreal crested geckos.

The theory was that both natural and human-guided habitat modifications not only disrupt the gecko’s natural environment but that of geckos’ predators as well.

The difference is that geckos adapt faster and more easily to these modifications and can increase their population due to fewer active predators around. Combine this with providing geckos egg-laying sites and artificial shelters to promote reproduction, and the reptile’s fate suddenly looks promising.

While habitat destruction, predators, food scarcity, and diseases affect the geckos’ lifestyle drastically, I would rank poaching as the number one cause. It doesn’t matter how much you protect the gecko’s habitat if you can’t protect the geckos themselves. Gecko trafficking remains a concerning issue at the moment due to the high demand for wild geckos.

This issue is only exacerbated by the geckos’ slow and methodical reproductive process. A female gecko will lay its eggs approximately 30-45 days following successful mating. But then the eggs take approximately 60-120 days to hatch, depending on the environmental conditions. The resulting gecko babies need approximately 1.5-2 years to become mating-ready.

This is a long timeframe, during which a lot of geckos will be trafficked, giving the gecko population virtually no time to replenish its losses. Fortunately, there are constant efforts being made to eradicate this problem, which is why crested geckos have the protected status today.

Interestingly enough, you can participate in the protection of wild geckos yourself. Simply avoid any wild-caught geckos and only buy captive-bred specimens. Decreasing the demand decreases the offer, leading to less poaching over time.

The concept of selective breeding is fairly easy to break down. This is nothing more than human-guided breeding, pairing specific geckos to promote and obtain specific features and physical characteristics. In other words, humans achieve within 1-2 generations what natural selection would obtain in hundreds or thousands of generations.

The difference is that human-guided selective breeding is an intelligence-driven process, aiming to preserve specific features, while natural selection is blind. This means that selective breeding can create a variety of different morphs, some of which are rarer and more prized than others.

It’s not all fun time and games, though, as selective breeding can also mess things up. This isn’t an exact science, which means that it can also result in passing on unwanted features, some of which can be life-threatening.

So, you should always source your geckos from reputed and trustworthy breeders to prevent such problems.

Geckos are amazing animals, but they’re living rough lives in the wild right now. Keep that in mind if you’ve to get your first crested gecko and provide your reptile pet with the best life it can have. 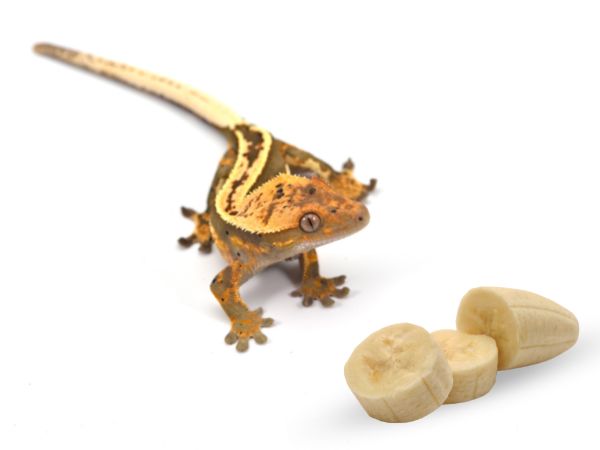 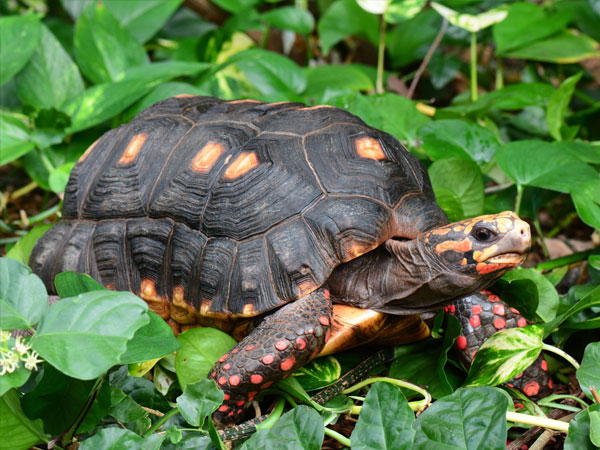 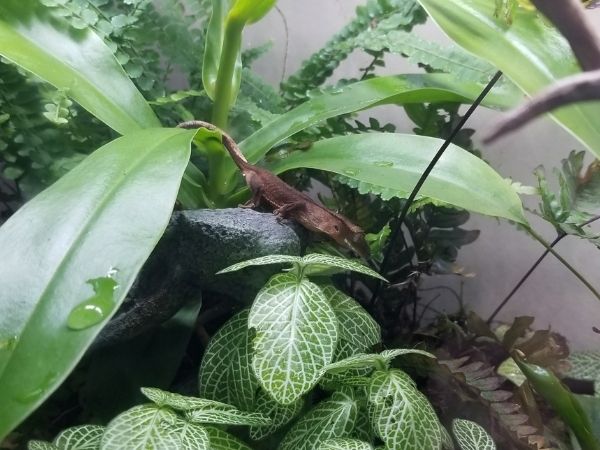 Can a Crested Gecko Live in a 10-Gallon Tank?