Day geckos form a group of over 70 species (this number can vary since there isn’t a consensus on it), presenting a wild variety of specimens. 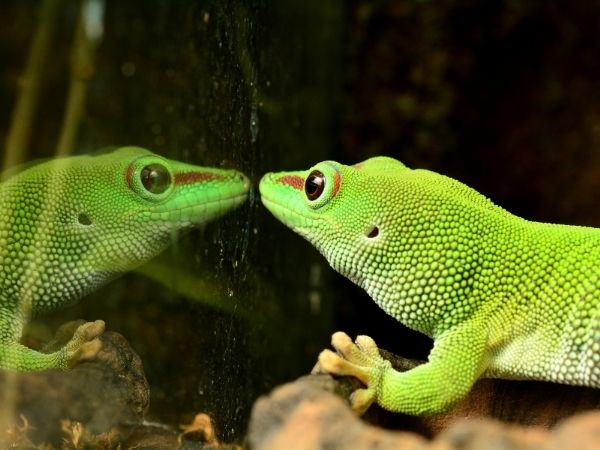 Day geckos can vary in terms of pattern, coloring, shape, requirements, size, and pretty much any other metric you might think of.

So, it’s only natural to want more than one gecko in your terrarium. Especially since having multiple geckos will create a livelier setup.

Naturally, this comes with some challenges since geckos may not be as social as you think. So, let’s look into that, shall we?

Do Day Geckos Live Alone or in Groups?

Yea, this is the bad part. Day geckos, and geckos in general, are solitary animals. So, they don’t have much of a social behavior outside the necessary biologically-oriented interactions.

In other words, geckos will only meet naturally to procreate and then be on their way. They are similar to cats in this sense.

This isn’t to say that geckos won’t live in larger groups. It’s just that their interactions have no social bearing. So, geckos may tolerate each other within the same habitat but won’t cooperate towards a common goal as true social animals do.

If you’re planning on housing more than one gecko in your terrarium, prepare for some challenges along the way.

So, let’s discuss those more in-depth!

Can You Keep Day Geckos in Pair?

You can keep day geckos in a pair in the terrarium, but you need some special preparations beforehand.

Here are the essentials to consider in this sense:

Male Pairs Are Out of the Question

You should never keep 2 gecko males in the same habitat, no matter how large, well-designed, or safe it might seem. And no matter how tolerant the males may appear towards each other at first.

Gecko males are extremely territorial, so they might seem a bit confused and uncertain at first as they get accustomed to their habitat.

But, make no mistake, they will eventually settle down and establish their territory shortly. And this is where all the ‘fun’ begins. Gecko males will always fight each other, no matter the circumstances. You can add more plants and hiding areas to reduce the risk of them meeting each other.

But this will only delay the inevitable since, the moment they spot each other, the gecko males will become relentless.

It’s not uncommon for geckos to kill each other over territorial violence. Which is a truly impressive feat in and of itself, considering that geckos are not designed to kill.

Female pairs tend to be more stable due to the females’ fewer territorial tendencies. However, they are not that docile and sociable towards each other either.

So, you should always monitor their interactions to make sure they don’t deteriorate too much over time.

Females may also compete for food and space, although they won’t be as violent as the males. In theory, you can create a more peaceful and stable gecko habitat with a pair of females, given optimal care and a well-crafted environment.

As we’ve seen, all geckos are territorial, no matter their gender. One of the things known to reduce these tendencies is an increase in living space.

One 8-inch gecko will do just fine in a 20-gallon setup. However, adding another gecko into the mix needs to come with a boost in space.

You should consider at least 30 gallons of space for a pair of 8-inch geckos. This will diminish the likelihood of territorial-related violence and keep geckos safer and happier long-term.

Feel free to adjust to your unique situation since the tank’s size and any subsequent increases depend vastly on the geckos’ behavior, temperament, size, habitat layout, and other factors.

Geckos can distinguish between different species, so they will know if their tankmate isn’t the same species as them. This can lead to a handful of issues because the geckos will see each other as intruders.

In such a case, the larger gecko will almost always attack and bully the smaller one. If they are of similar size, they may fight or avoid each other by going into hiding.

Either way, they will get stressed, which can develop into additional problems along the way.

The Tank’s Layout is Important

If you’re having a pair of geckos, make sure to sculpt their habitat accordingly. Geckos are climbers, so they require a lot of climbing areas. Preferably separate to reduce the chance of them meeting each other.

If you’re having 2 females, they will most likely seek to stay out of each other’s way. So, make sure you make it easier for them.

You should also consider a variety of hiding areas in the form of plants, bark, wood decorations, and other elements that can serve that purpose. Geckos will sometimes go into hiding to cool off or rest when stressed.

If you don’t want gecko babies, pairing a male with a female will ruin your plans. Geckos will mate whenever they can, given the opportunity. The problem is that the male can be quite pushy and persistent even after the mating is complete.

This is due to the male’s overactive hormones, influencing its behavior and causing it to harass the female constantly.

So, you should always monitor your geckos’ interactions to make sure that the female doesn’t display signs of stress. If it does, consider removing the male from the habitat.

As you can see, you can keep a pair of geckos, provided you approach the situation carefully.

Yes, day geckos are territorial, and this stands true for all gecko species. They will tolerate each other on occasion, but you should always be on your toes.

Gecko males are pretty much incompatible as tankmates due to their overly active territorial tendencies.

They will often fight fiercely in the wild over their territorial boundaries and the right to good food and females. The same pattern is also prevalent in captivity, with gecko males often fighting to the death over their land.

These will only provide temporary relief since the males will eventually find each other, no matter how large or lush their habitat is.

As we’ve already mentioned, gecko females are less territorial and will get along with each other decently over time.

What Happens if You House Two or More Day Geckos Together?

It depends on the situation. Here are some general considerations in this sense:

These situations are also not exhaustive. Your geckos’ dynamics will also depend on their temperament and personalities because not all geckos are alike.

So, you might get an overly-aggressive gecko that won’t be bossed into becoming docile despite all your efforts. In this case, you might need to remove the gecko from the habitat.

Whatever that entails rests totally on you.

How Many Day Geckos Are Typically Found in One Area?

There isn’t an official number on how many geckos live in one area. It all depends on the area, the gecko species, and some rather unique circumstances like available food, water, environmental setup, etc.

Either way, geckos are not social animals, so them living in the same area is merely coincidental since they will compete over all the resources available anyway.

Geckos prefer to live solitary lives, which makes them great for smaller and more compact terrariums.

You don’t need to worry about finding tankmates for the lizard to make sure it doesn’t feel lonely.

That being said, if you want more than one gecko, you can do that too. Just make sure you follow my today’s guide in this sense to prevent the gecko’s territorial nature from taking over. 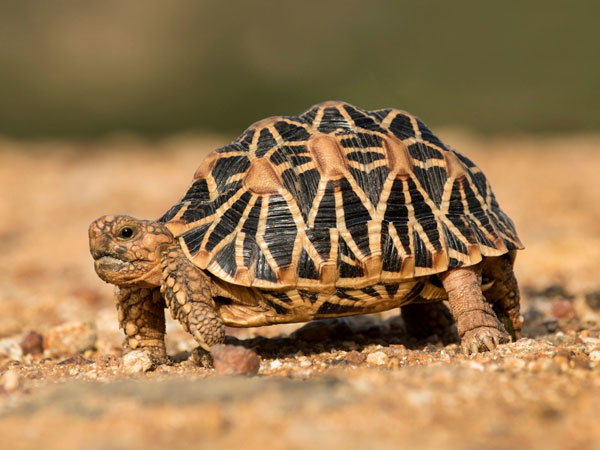 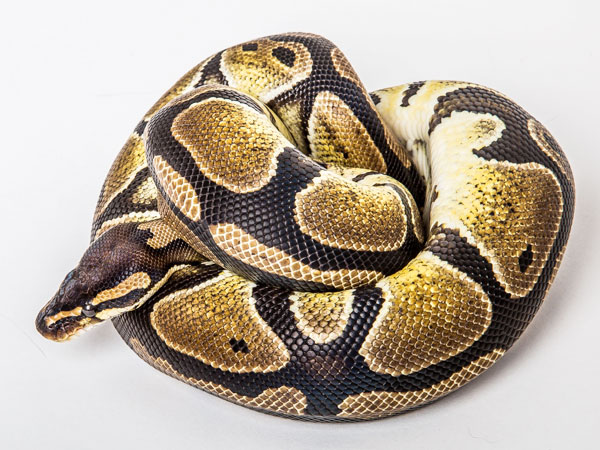 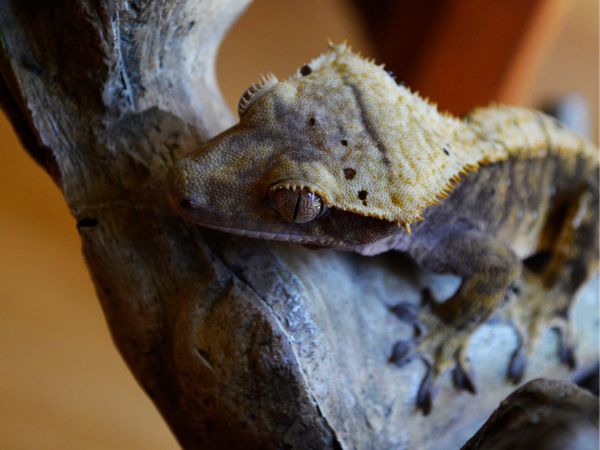 Can I Leave My Crested Geckos Alone for a Week? 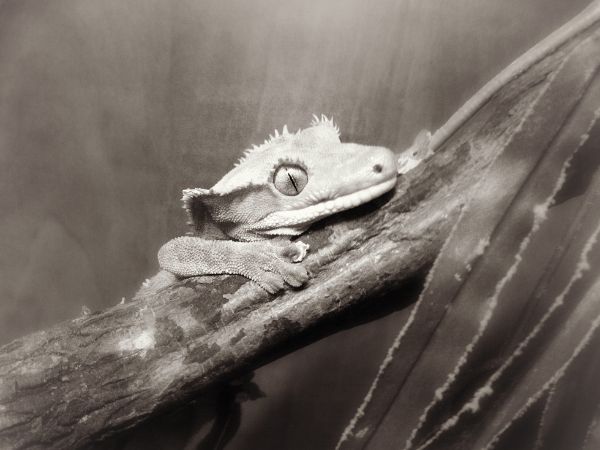