These tiny, slimy guys are either a hit or miss with many people. They’re not the most popular choice for a pet, and many find them disgusting. There’s the old wives’ tale that touching frogs will give you warts, so many people associate frogs with harmful bacteria and viruses. 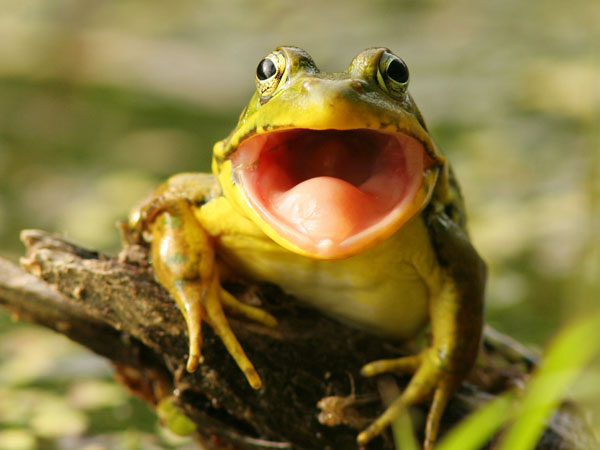 We even have a name for the fear of frogs, aka “ranidaphobia”. Things aren’t looking good for this amphibian pal.

I say frogs need some love too. No matter your opinion about frogs, you probably already know the basics about them. They’re cold-blooded animals, they have comically large feet, and they have a weird expandable throat pouch they use to make sounds.

Well, in this article I’m going to give you more information about them. If you didn’t find frogs interesting until now, hopefully, you’ll change your opinion! Today, we’re talking about frogs, teeth, and frog bites. So, if you’ve ever wondered about a frog’s teeth, you’re in good luck. Well, let’s see…

Do Frogs Have Teeth?

Yes, frogs do have teeth, but not real teeth like humans or other animals. You’ve probably seen pictures of frogs with their mouths wide open. Not much seems to be going on in the teeth department. The truth is that most frogs do have teeth. But they are only present in the upper jaw.

The upper jaw usually includes two sets of teeth. There are the maxillary teeth that spread across the upper jawline, and then slightly further into the frog’s mouth, there’s also a shorter row formed of two vomerine teeth.

Most frogs’ upper teeth are extremely small and feeble. At first glance, the teeth are too small to notice. They’re sometimes used for chewing, but they’re mostly there to keep prey in place before the frog is ready to swallow it whole. There are also a few frog species that have no teeth at all, so it goes to show how useless frog teeth actually are. No offense to frogs.

Only One Frog with True Teeth

Gastrotheca guentheri is the only frog species discovered to date that also has lower jaw teeth. Considering there are over 5,000 known frog species in the world, this is a unique trait. The discovery of this species was a huge breakthrough in paleontology and evolutionary biology. But frogs weren’t always like this.

According to scientific research, the ancestors of frogs had full sets of teeth before evolving into their modern form. Researchers estimate that their teeth vanished about 230 million years ago. And now, according to this latest discovery, teeth in the lower jaw are starting to re-evolve in frogs after millions of decades.

According to scientific author John Wiens, it wasn’t until about 15 million years ago that the Gastrotheca guentheri suddenly re-evolved teeth in its lower jaw. Many evolutionary biologists point out how this discovery challenges Dollo’s law, which states that the loss of complex physical structures in evolution is irreversible.

So How do Frogs Eat?

Okay, so most frogs have barely noticeable choppers on their upper jaw, and not much else. How exactly do they eat their food? In the most brutal way possible, that’s how! The frog’s teeth are used mostly for anchoring their prey in place before swallowing.

Frogs have fast, agile, and super sticky tongues. They can flip their tongue out and catch prey in as little as 0.07 seconds, according to researchers Alexis Noel and David Hu.

By the way, frogs use their eyes to swallow their food. Once the food is in their mouth, they retract their eyeballs into their sockets to push everything down the esophagus and into the stomach. And because frogs cannot chew their food well, if at all, the prey is often still alive when inside the frog’s stomach.

The contents of the stomach are broken down through mechanical action when the stomach contracts. Their stomach also excretes digestive enzymes and the pH of gastric acid lowers to aid in food breakdown. Terrifying? Yes! Metal as fuck? Also yes!

What do Frogs Eat?

Most frogs are carnivorous. They generally feed on insects, snails, worms, and caterpillars. Depending on their size, they can also eat small rodents, small birds, and even other frogs! As long as its stomach permits it, there’s no holding back for this beast. Imagine a frog swallowing a mouse whole. Well, maybe now I see why some people are afraid of frogs.

But did you know that frogs are not aggressive with humans? If you’ve wondered whether frogs are going to feast on your fingers, don’t worry! It’s pretty rare for a frog to bite humans, and they generally do so only when they feel threatened.

Even then, many frog species will retreat rather than attacking when under threat. As long as the frog can tell you’re too big to fit in its stomach, you’re good!

Tadpoles and Frogs Have Different Diets

Little tadpoles start as completely herbivorous. Before their body fully develops, they feed on algae and other plants. As they grow into frogs, they slowly start incorporating insects into their diet. When not enough food is available, they might even start eating their fellow tadpoles. Owch! Life’s hard for the little frogs out there.

And that’s without mentioning how most frog eggs don’t even grow into tadpoles. By most estimates, only 1 in 50 fertilized frog eggs makes it into the next stage of life. And even then, many tadpoles don’t make it that far, when competition for food is so rough.

Frogs are pretty cool. They’re brutal, but nothing to be scared of. If you’re a human, that is. RIP small rodents and birds. When their body size permits it, frogs will swallow any small animal whole. Frogs have tiny little teeth that are not suitable for chewing food, so their stomach does most of the work.

Frogs rarely get aggressive with people, and even if they did, you shouldn’t be too scared. Because they barely have any teeth, and because those are mostly useless, they won’t be able to injure you. A frog bite might hurt and it might even bleed a little, but it’s nowhere near the level of a dog bite. 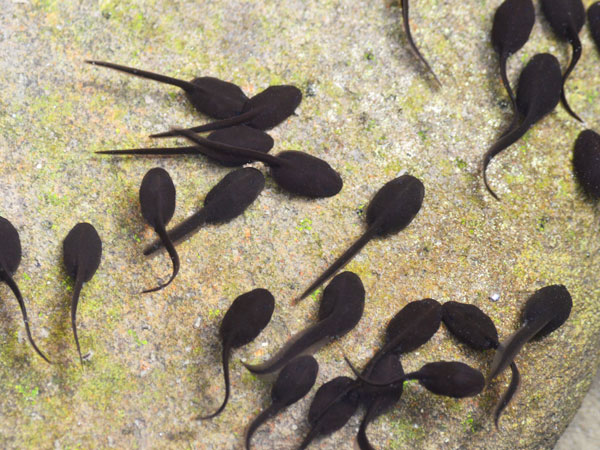 Tadpoles – Everything You Need to Know 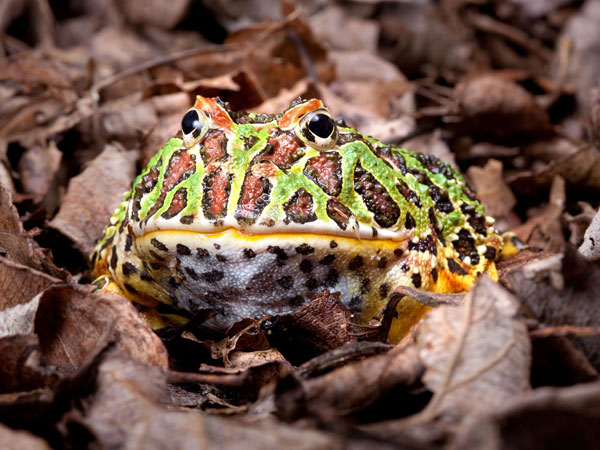 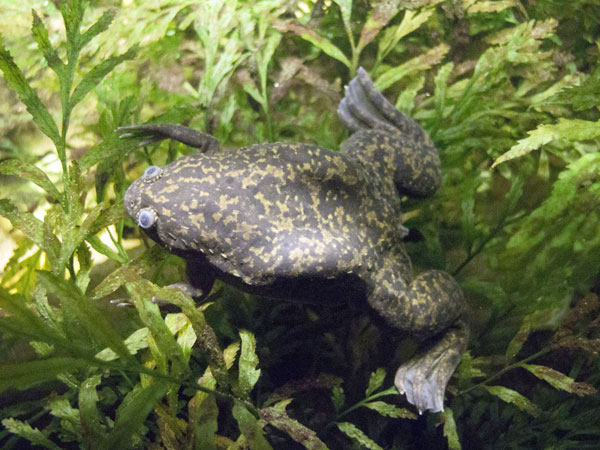 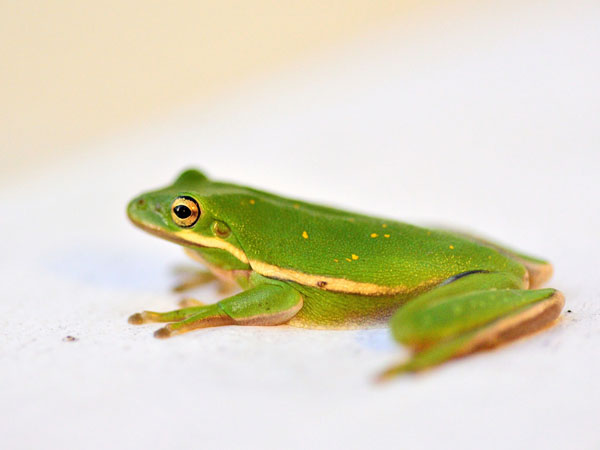