Hamsters vs Mice – What Is the Difference?

VIVO Pets » Rodents » Hamsters vs Mice – What Is the Difference?

Hamsters are still thought of as the standard pets among rodents. Even so, in recent years mice have also gained a lot of popularity among pet owners.

With both the hamster and mouse belonging to the Rodentia order in the Mammalia class, pet buyers assume that the animals are the same. 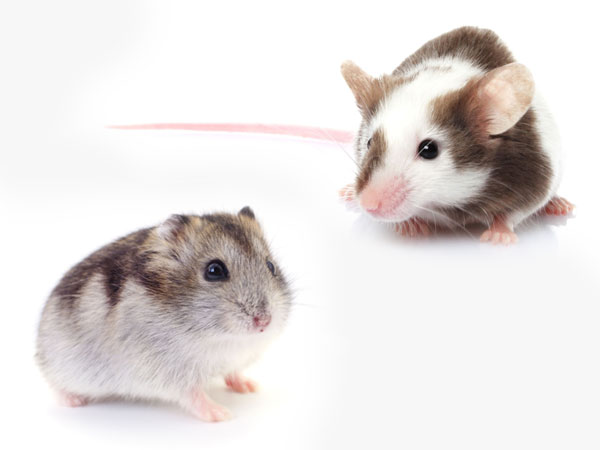 They thus will readily settle for a mouse even when they set out to buy a hamster and vice-versa.

However, mice and hamsters are quite different though they belong to the same classification.

If you are intent on a rodent for a pet but are confused between the hamster and mouse, below are some tidbits on the elements that set these animals apart to guide your choice.

An animal’s appearance is an essential characteristic when choosing a pet since you do not want to end up with a pet that you can hardly look at. Undoubtedly, both hamsters and mice have fascinating appearances.

Mice have slender bodies with tapered or blunt muzzles and narrow hind feet which have bald soles. Their tails have thin fur and look almost hairless, a trait that turns off most people who do not love mice.

Their body hair is short with the ears having little hair. Though hard to sexually differentiate as newborns, adult male mice are differentiated from females by the presence of testicles.

Hamsters have stocky legs, wide feet and small, furry ears. Other than the bulkier bodies, hamsters have fuller faces compared to mice.

Mice will vary in size based on their species. Their average body size is, however, 1-7 inches. The average tail length of mice is 2-4 inches. This tail is primarily used by the animal for balance and makes the mouse more acrobatic compared to the hamster.

One of the largest species among the mice is the flat-haired mouse. It weighs about 18 g, its body length is 4-4.7 inches, and the tail length is 2.8-3.1 inches.

Though hamsters also vary in size based on the species, their average size is 6-8 inches. Their tails are very short and, in most cases, look like stubby projections from their bodies.

However, the Chinese hamster’s tail is the same length as its body length. The largest mouse is about five inches shorter than the largest hamster.

In the wild, the colors of mice vary from black and light brown to grey. House mice are nonetheless bred to produce many colors including white, champagne and black.

Hamster coats now come in several colors and patterns owing to the cross-breeding of different species in captivity. The common colors include honey, gray, white, yellow, brown, black and red.

Most hamsters are solitary and will fight or become stressed when housed in pairs or groups. Some species like the dwarf hamster might tolerate living with other hamsters when they are introduced to each other early.

Hamsters are crepuscular and hence most active at dusk. While this trait turns off most people who believe the animal will disturb their sleep, you can include many activities in your pet’s evening so that it gets exhausted and sleeps quickly. Alternatively, you can locate its cage away from your living areas.

Being social animals, mice love living in groups. Housing females in the same cage is easier than housing males because the latter are territorial and will often fight.

Mice that have not been accustomed to regular handling and petting might bite initially.

Nevertheless, you can slowly tame them and give them time to get used to their surroundings for them to be more receptive to handling. Mice are more active than hamsters and love spending their time exploring. They will thus usually be restless when held.

Rodents are omnivores, but mice are mostly herbivores. There are specifically manufactured pellet feeds for different rodents, and these should make the largest portion of your pet’s diet.

The ideal choices are those that contain more than 16% crude protein. Fresh foods like fruits and veggies are also encouraged, but these should be included in your rodent’s diet in moderation.

Hamsters are prone to obesity, and you should be careful not to give them excess food. Account for the food that hamsters hide in their cages and cheek pouches when calculating your pet’s feed.

Though they are not as highly susceptible to obesity, mice eat a lot when they are bored. Therefore, provide plenty of toys in your pet’s cage to keep it engaged. Fresh water is essential for both hamsters and mice.

Avoid including junk food like potato chips as treats in your pet’s diet since they predispose them to digestive issues. Chocolate is also toxic to both hamsters and mice and should be avoided.

Mice and hamsters can be housed in wire cages or glass aquariums. When keeping mice, the number of pets you have will determine the ideal size of the cage. For a small group or pair of females, a two-foot square cage will offer enough space for the mice.

The cages should have solid bottoms or closely-entwined wires to prevent the escape of mice since they are tiny animals. The size of your hamster will determine its ideal cage size. For instance, an adult Syrian hamster will have ample space in a cage measuring 24 x 24 x 12 inches.

When keeping both mice and hamsters, the cage should have plenty of stimulation in the form of toys, ladders, wheels and ropes to keep them engaged.

Aspen shavings, tissues and paper towels make good options for the bedding in hamster or mice cages. Pine and cedar shavings for bedding might irritate your pet’s skin.

Ensuring the right temperatures for your rodent’s cage is essential. The small bodies of mice make it hard for the animals to regulate body temperature while hamsters have no sweat glands and will not lose heat easily.

A hamster’s pregnancy will last for 16-22 days after which it will give birth to a litter of 6-8 pups. Its breeding is best left to professionals because the female can become aggressive and attack the male during mating. The female hamster should be at least ten weeks old when breeding. The pups are weaned after 21-28 days.

Mice will reach their sexual maturity at 6-8 weeks. The average gestation for them is 19-21 days and females can get up to fifteen litters annually.

A litter comprises 10-12 pups. After birth, the mouse and its pups should be left undisturbed for at least a week to avoid stressing the mother.

Hamsters will live for 2-2.5 years with optimal care. On the other hand, the life expectancy of mice is 1.5-2 years.

While this seems too short, you can breed your pet to guarantee its species’ continuity.

Now that you are well-versed with the pet rodent that best suits you between a mouse and a hamster, you can go out and get one, or even both, from your nearest pet store.

At the store, ask for details on the genetics and health of the animals available to guarantee you pick a healthy animal.

The animal you choose should also have no mouth, ear or eye discharge and its tail area should be dry. 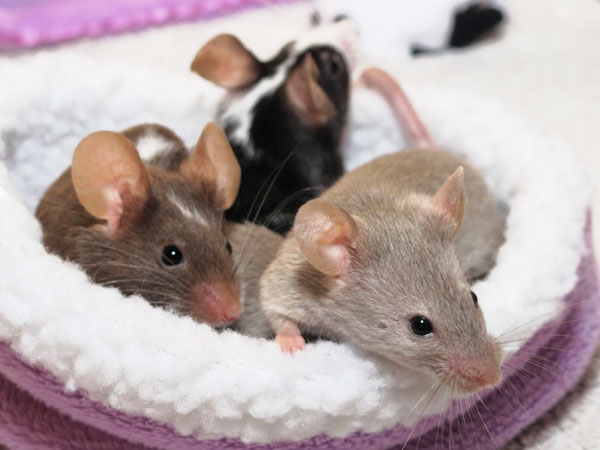 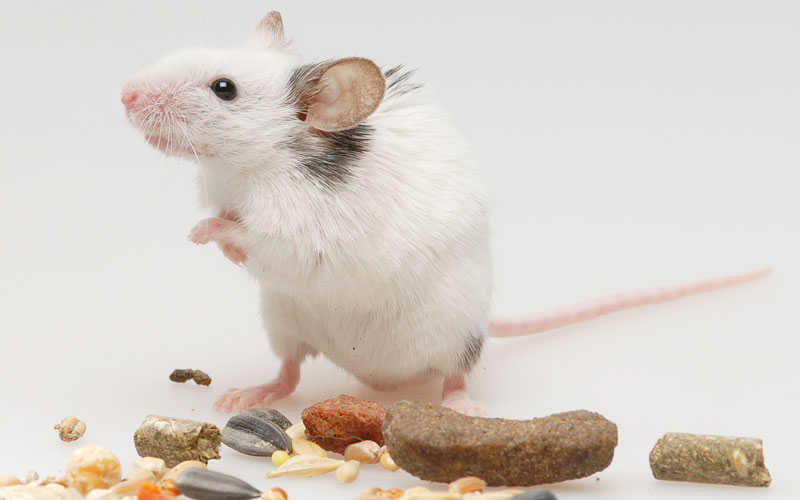 What are the Best Treats for Your Pet Mouse? 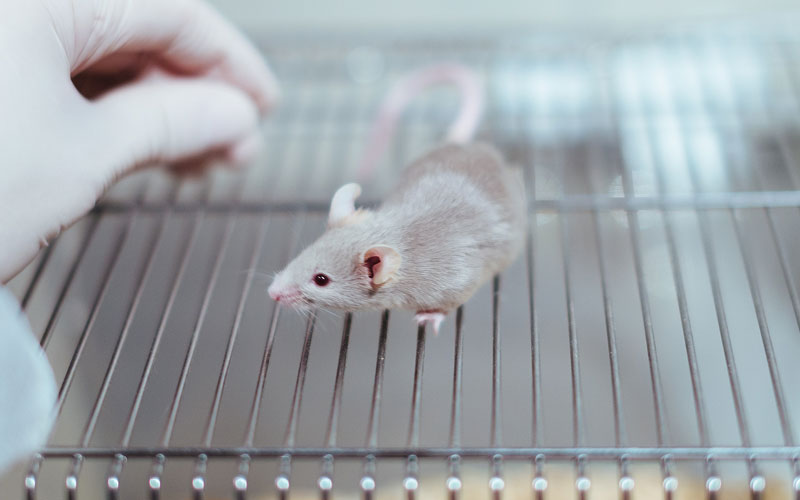 Pet Mouse Care – How to Care for Fancy Mice? 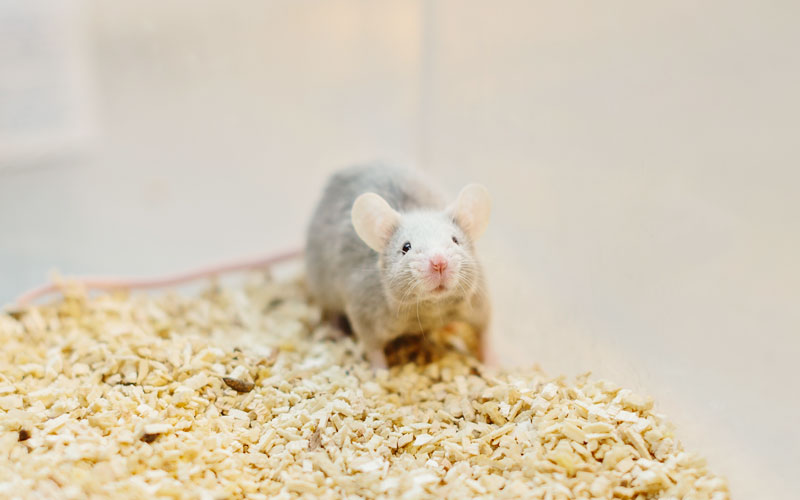