17 Species of Hedgehogs – All Hedgehog Types and Breeds

Hedgehogs are adorable creatures with wide black eyes and spiny skins. These cute rodents have long held a spot in the hearts of humans, the most popular of them being the cartoon Sonic the Hedgehog. 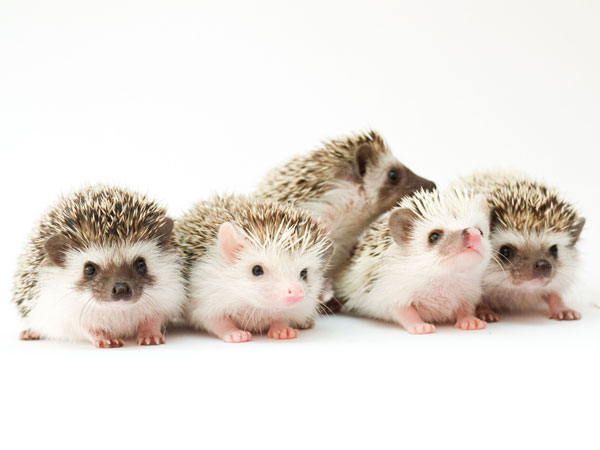 Generally, hedgehogs are native to Asia, Europe, and Africa; recently, they’ve made their way to the Australian continent, thanks to humans.

In this article, we take a peek into the lifestyle, diet, characteristics, habitats, genera, and species of these little animals.

Hedgehogs come from the Erinaceinae subfamily in the Erinaceidae family. There are five genera of hedgehogs found across Asia, Africa, Europe, and New Zealand; these five genera have a total of seventeen hedgehog species.

Let’s take a quick look at the five genera and the seventeen species under them.

The Somali Hedgehog takes its name from its location; it is found in the outer borders of Somalia. These species live in Savannah open habitats. They are nocturnal and feed on insects, frogs, lizards, and worms.

The South African hedgehog is also slow when not threatened and fast when under threat. The hedgehog mostly feeds on crickets, earthworms, slugs, beetles, grasshoppers, frogs, and lizards.

The North African Hedgehog is bigger than most African hedgehogs. It has longer legs and snouts that allow it to run faster than its other African counterparts. It has a brown head, brown legs, and a white face and belly. These species have large ears and feed on insects, reptiles, birds, and eggs.

These species are found across Central and East Africa. The Four-Toed Hedgehog live in cropland and savannah habitats. The species has tiny toes on its hind feet; this is where it derived its name.

Female four-toed hedgehogs are longer than males; they have a short tail, legs, and body, but have a long nose.

They feed on insects, snails, and spiders and are at risk of predators ranging from hyenas, jackals, owls, and honey badgers. The four-toed hedgehog is the most popularly used as pets across the world.

This species is also known as the common hedgehog or the west European hedgehog. These hedgehogs are found mainly in Europe, from the north of Italy into Scandinavia and Iberia.

These species survive in a wide range of habitats. The European hedgehogs are brown with white spines protruding from their bodies. They are bigger than the species of hedgehogs native to Africa.

The European Hedgehog feed on fruits, slugs, snails, caterpillars, and so on. Their main predators are the golden eagle and the Eurasian eagle-owls.

The difference between the southern white-breasted hedgehog and its Northern sibling is the presence of white spots on the chest of the Southern species.

Unlike most hedgehogs, this little guy doesn’t make holes but prefers the cool grass nests well constructed in isolated areas. They feed on fruits, caterpillars, insects, reptiles, and so on.

This species of hedgehogs are in Europe and Western Russia. They are mainly found in Greece, Austria, Ukraine, Russia, Rhodes, and Poland.

They feed on garden fruits, slugs, snails, reptiles, and insects. They have brown bodies, faces, and legs. Their bodies, excluding their faces, are covered with spines.

This hedgehog is also known as the Manchurian hedgehog. The hedgehog looks like the European hedgehog- you might mistake it for it. The difference is the Amur Hedgehog is brightly colored than its European counterpart.

The Amur hedgehog is in Amur Oblast- this is where it got its name, Primorve in Russia, the Korean Peninsula, and in Manchuria, China. Most are covered with yellowish-brown color; some others are white. They feed mainly on plants and insects; some feed on reptiles and eggs.

The bare-bellied hedgehog is also referred to as the Madras hedgehog. They live in habitats that are mostly dry or scrubby jungles.

They are found in southern India alone because of this, they are considered a rare species. They feed principally on insects, reptiles, and some caterpillars. The bare-bellied hedgehog has a length of 12-27 cm, a short tail, and a weight of 300-400 grams.

This species of hedgehogs is commonly found in deserts in the Middle East and Central Asia.

Brandt’s hedgehog was first named by Johann Brandt of the Zoological Department at St. Petersburg Academy of Sciences; hence its name.

These species are similar to the European hedgehog but possess longer distinctive ears and are much faster. They feed on reptiles, insects, and eggs.

The Desert hedgehog is the smallest in the family. It got its name from its habitat, which is mostly deserts.

They range from sizes as tiny as 4 to 10 inches and weigh from 300 to 500 grams. The Desert hedgehog tends to have spines longer than other hedgehogs, making this guy the most difficult hedgehog to tackle.

They are in North and Western Africa, the Middle East, and Ethiopia. They mostly feed on insects and reptiles.

The Indian hedgehog also derives its name from its habitat. Located in India and Pakistan, these hedgehogs are in deserts; a few are also in other habitats.

Similar to the long-eared hedgehog, the Indian hedgehog looks like a porcupine or a raccoon; it has brown colors on its face and body, dark eyes, and big ears. They feed on snakes, frogs, insects, eggs, scorpions, and birds. Their main predators are Owls and eagles.

Here is another genus of the Hedgehogs. This genus has three species and is found in East Asia only. These species are the Daurian hedgehog, Hugh’s hedgehog, and the Gaoligong forest hedgehog.

Like the desert hedgehogs, these hedgehogs are also small in size when compared to other hedgehogs.

They are in the Dauria region of Russia, where it got its name from, and in Northern Mongolia. They live in burrows in forest and steppe habitats, made up of scrublands and grasslands plains.

Their sizes range from 10-20 inches, and they weigh 300-500 grams. They are also considered endangered species. The Daurian hedgehogs feed on eggs, insects, birds, and reptiles.

Hugh’s hedgehog is also known as the Central Chinese hedgehog. It is located in central China and Manchuria in China.

Its habitat is dry steppe, shrublands, and forests. This species is known to be active during the daytime. They feed on insects, reptiles, birds, snails, and toads.

Also known as Wang’s forest hedgehog, this species is in China alone. They live in habitats ranging from open lands to mountain slopes and forests.

The gaoligong forest hedgehog has a brown covered body, different colored patterns on its spine, a broad nasal region, and tiny legs. They feed on spiders, snakes, birds, reptiles, and eggs.

The Long-eared hedgehog is native to central Asia, the Middle East, and North Africa in Mediterranean arid and steppes. They live in holes and have distinctive long ears, hence its name.

They mostly consume insects but are known occasionally to consume reptiles, birds, eggs, worms, and so on. Their main predators are the Eurasian eagle-owl and the Pharaoh eagle owl.

The Indian long-eared hedgehog is mainly in India and Pakistan.

They essentially consume insects but have been found to also consume reptiles, birds, and snakes.

They range from sizes 10-16 inches and weigh 100-400 grams. The Indian long-eared hedgehog has large ears, whiskers, and eyes. They are also some of the smallest hedgehogs available.

Hedgehogs are fantastic creatures with cute faces, but be careful of their self-defense skills. These cuties are well suited for all habitats there is. 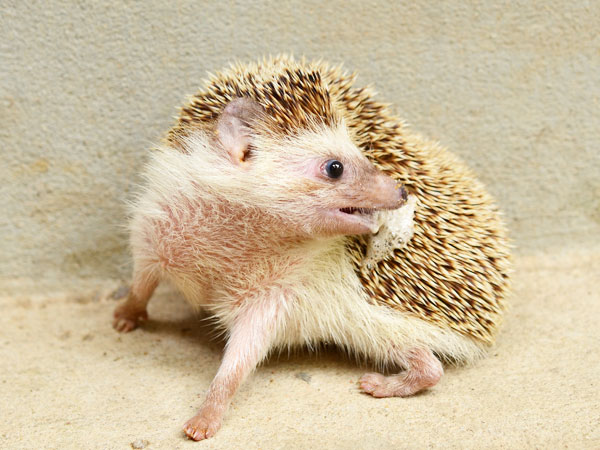 Hedgehog Self-Anointing – Why Do They Spit On Themselves? 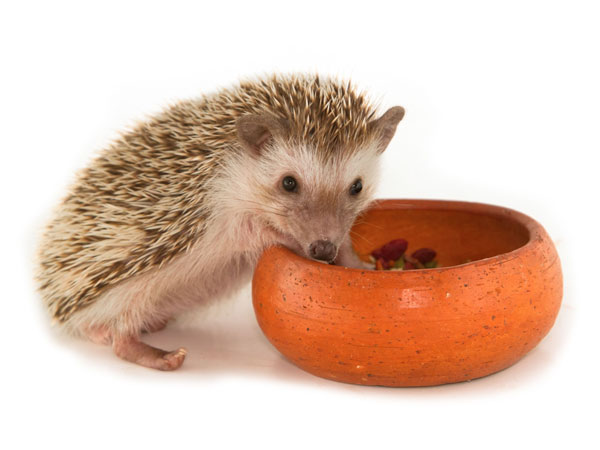 What Do Hedgehogs Eat? Best Food for Pet Hedgehog 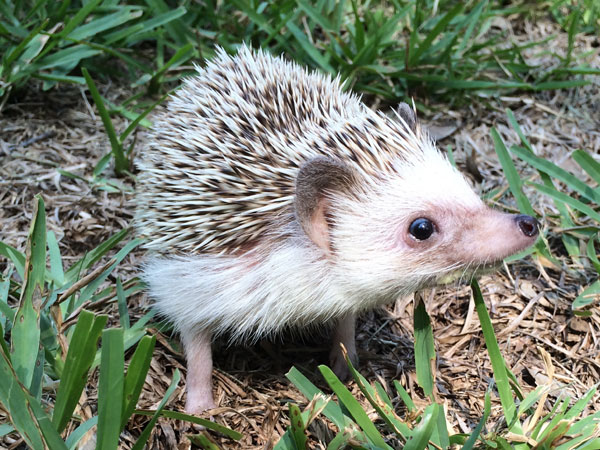 Are Hedgehogs Marsupials or Rodents? 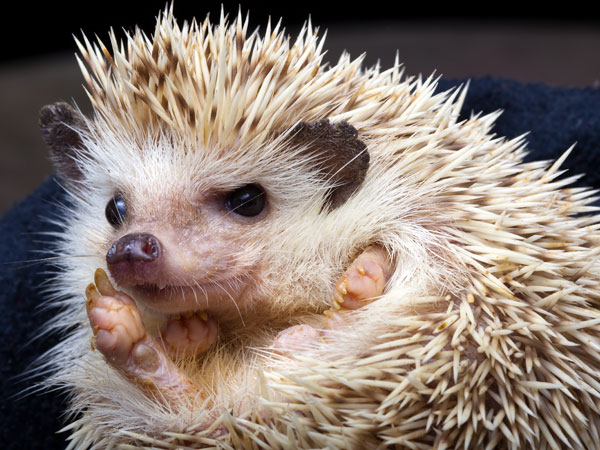