Do Horses Have a Belly Button?

Where is a Horse’s Belly Button?

Like humans, when foals are born, they’re attached to their mothers by the umbilical cords. Post-birth, you can cut off that umbilical cord just above the baby’s tummy. The last bit will shrivel and drop off by itself in a few days, leaving the belly button behind.

Can You Touch a Foal’s Belly Button?

Yes, you can touch a foal’s belly button, but it’s not advisable. When born, foals are very vulnerable to infections, especially in areas with a wound. And their belly buttons are freshly formed after you’ve cut off the umbilical cord. You could potentially infect the foals by touching the area.

After the foal grows and the belly button forms completely, there are no risks if you touch its belly button. Although, I don’t know why you’d want to do that. If you want to check for any abnormalities (yeast infections and the like), you can totally do so without a problem.

Do You Clean a Foal’s Belly Button? 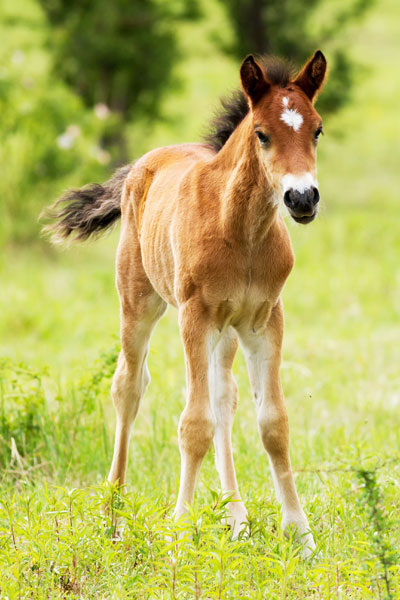 Most experts recommend that you disinfect the foal’s belly button after you cut off the umbilical cord. I recommend 0.5% chlorhexidine thanks to it being less caustic than iodine.

You’ll need to touch the belly buttons at that point, but it’s alright since you’ll apply disinfectant either way. The risk of infection is zero.

You need to soak the foal’s navel thoroughly, but try not to touch the belly button too much. You don’t want to infect the foal with bacteria from your hands (gloves).

You should dip the foal’s navel in the chlorhexidine solution approximately three times during the first 24 hours.  Moreover, you’ll need to keep the stall extremely clean, which means you should clean it several times per day.

This is to avoid any infection of the foal’s umbilicus. Then, the foal is extremely weak and vulnerable to infections, and it may even die in many cases.

Other than this, you should make sure that the foal passes its first bowel movement and starts eating by itself during those first hours. If it doesn’t, you’ll need to call your veterinarian and see what can be done.

Why Does My Horse Have a Swollen Belly Button?

This is called umbilical hernia, and it involves the swelling of your horse’s abdomen, particularly the belly button area. While not uncommon, this medical condition can only be taken care of through surgery, just like in humans.

Hernia implies that the horse’s abdomen has an opening through which various organs or organ tissues are protruding. That’s what the swelling is.

These falling intestines are coming through the abdominal wall, harming the horse. The cause can be genetic when an abscess forms in the umbilical cord of the foal.

However, some types of umbilical hernia don’t require surgery, and usually, the horse can heal by itself in a few weeks. If the swelling becomes larger, then you should contact a veterinarian.

Mammals give birth to live babies, which means the baby has to feed inside the mother’s belly. That’s what the umbilical cord is for. The same principle applies to human babies or kittens.

Foals feed through the umbilical cord, which they don’t need after being born. Once you cut off that umbilical cord and the remains wither off and die, the belly button forms.

A foal’s belly button looks quite similar to that of a human because its origin is the same, basically. If you have any other questions, leave them below, and I’ll be sure to reply shortly! 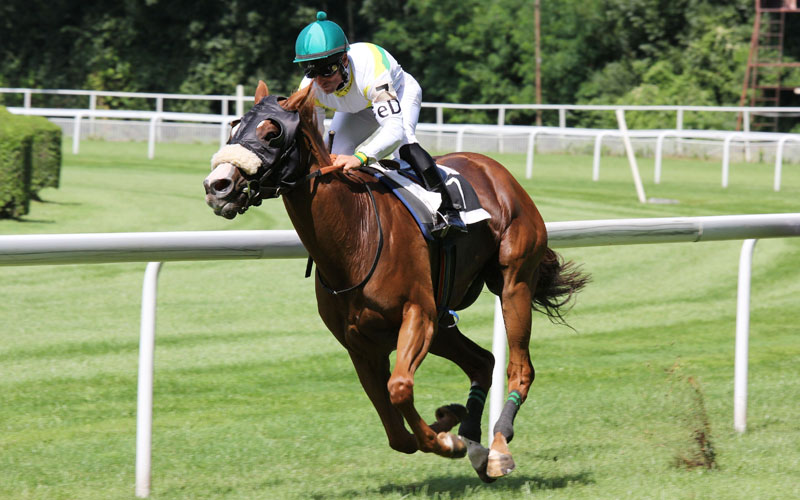 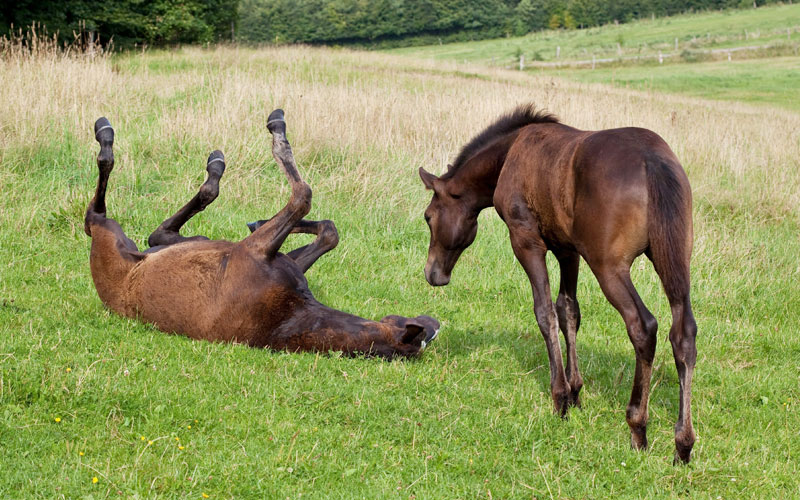 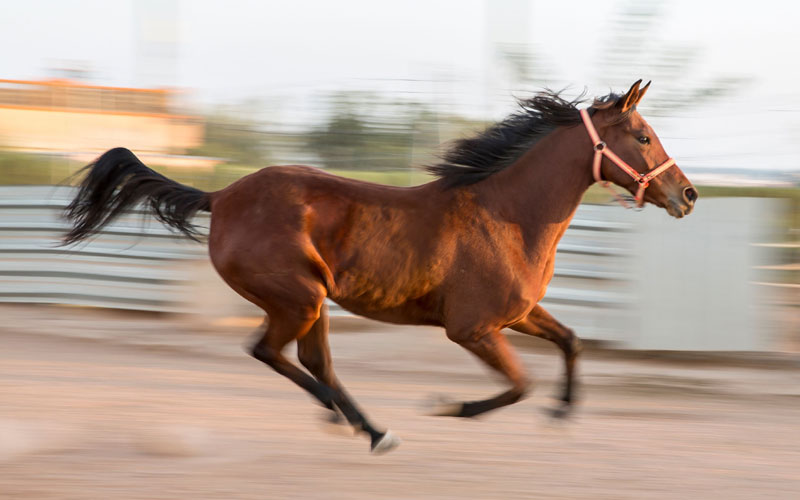 Do Horses Poop While Running? 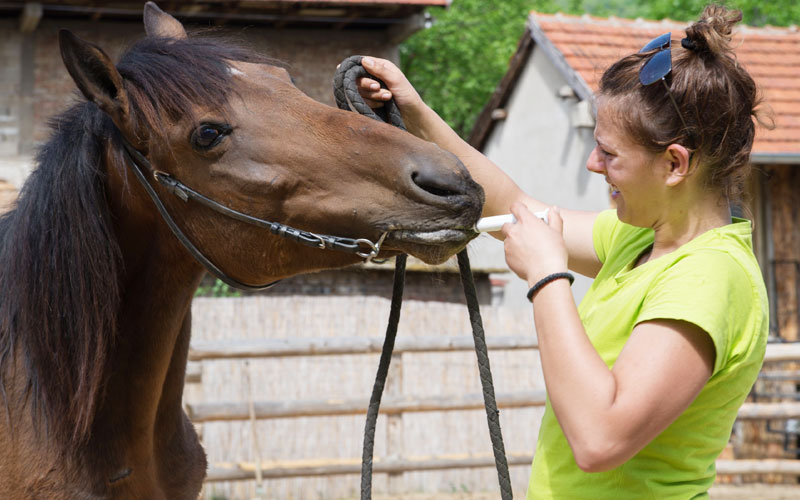