Why is Your Rat Sneezing? Reasons & Solutions

Is your pet rat suddenly sneezing, and you can’t figure out why? Rats are excellent pets thanks to their intelligence, curiosity, and friendly nature. 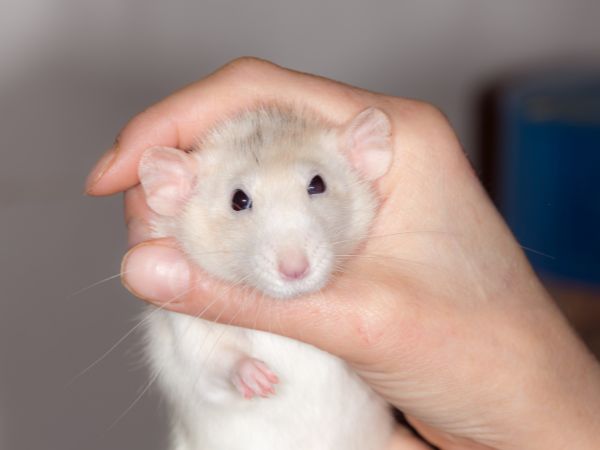 But they sometimes do some things that throw us for a loop. Sneezing is one of those things, as it often comes unexpectedly.

If it’s the first time you’re dealing with this, it’s normal to be confused or worried. But don’t freak out yet! The underlying cause for rat sneezes is often easy to discover and treat.

You’ll find more information on the most common causes in this article. But first, let’s clear some things up—

Is It Normal for Rats to Sneeze?

Rats have a very sensitive respiratory system. Thus, sneezing does happen and is even expected as a response to mild irritants in the air.

The occasional sneeze isn’t worrisome. However, sneezing still isn’t a normal behavior. If your rat is sneezing, there’s an underlying cause that needs addressing.

Occasional sneezing is often benign and caused by external factors. Take away the cause, and the sneezing stops. Frequent sneezing, especially if accompanied by other physical symptoms, might signify a respiratory disease.

Unfortunately, respiratory disease is common in rats. But drug treatments are available and highly effective.

If you suddenly notice your rats sneezing, it’s worth checking up on them regularly. If the sneezing doesn’t subside or your rat appears lethargic and refuses food, contact a vet immediately.

7 Reasons Your Rat is Sneezing

Sneezing can be a harmless response to environmental factors. But sometimes, it’s the result of an underlying health condition.

It’s worth learning more about the common causes of rat sneezing to figure out the next step when caring for your pet.

Below are seven of the most likely reasons why your pet rat is sneezing.

As I’ve already mentioned, rats have sensitive respiratory systems. They’ll feel any change in air quality, and they need time to adapt to new environments.

It’s common for new pet rats to sneeze when first introduced into their enclosure. Your pet rat may also be sneezing if moved to a different location.

Your rat should get used to the new air in roughly one to two weeks.

New home sneezes are usually rapid and dry-sounding. This sneezing might sometimes be accompanied by a red secretion around the rat’s eyes.

It looks harrowing, but don’t worry. It isn’t blood, and it’s completely normal when rats sneeze.

If the rat’s breathing sounds normal and the rat is otherwise energetic and has a good appetite, there’s nothing to worry about.

Give your rat some time to adjust to its new environment. The sneezing will subside gradually as long as there are no irritants in the air.

Bedding is another common cause of sneezing. Wood beddings are the worst offender because they’re often contaminated with leftover sawdust particles. But any bedding can become dusty if left lying around too long.

Dust causes mild nose irritation in most rats. Dust-induced sneezing may happen once in a while.

Highly sensitive rats might get a bad case of hachoos, accompanied by lung irritation. Dust is all-around pretty bad for your rat’s respiratory health.

If bedding’s the culprit, I recommend changing the bedding twice a week to keep things fresh and clean.

It’s a good idea to switch to paper or cardboard-based bedding if you don’t use these already.

As a side note, even dust-free wood shavings might cause sneezing in rats. Natural wood beddings still contain polyphenols.

These chemicals are responsible for the smell of freshly-cut wood. While enjoyable to us, it can be irritating to rats’ delicate respiratory systems.

By household chemicals, I mean anything with a strong smell. Household cleaners, air fresheners, aerosol sprays, and even scented candles can upset your rat’s nose.

Your rat might be reacting to those or residual smells from sanitary products used in the cage. These irritants can cause mild, infrequent sneezing.

Try taking away these smells and see if your rat’s sneezing improves. Remember to rinse the rat’s cage thoroughly after using cleaning agents.

If you like using room odorizers, keep the rat’s cage furthest away from the smell source. Use plain napkins when cleaning around the rat’s enclosure to avoid leftover chemical smells.

This might seem odd, but rats can have allergies just like humans! If there’s no other apparent cause and the symptoms come suddenly, perhaps your rat’s got an allergic reaction.

Allergies aren’t that common in rodents, but sensitive rats can develop nose irritation and sneezing when exposed to pollen.

Pollen allergies come with symptoms like frequent sneezing and excessive porphyrin discharge around the nose and eyes. Some data suggests rodents develop behavioral changes like anxiety when experiencing an allergic episode.

Your rat might be allergic if the symptoms occur during peak pollen season (usually March through May). I’d avoid bringing flowers into the house or keeping the windows wide open during this time.

The sneezing will subside on its own when allergy season is over. You may also relieve your rat’s allergy using anti-inflammatory medication.

It’s worth noting that allergic rhinitis in rats has symptoms similar to respiratory infection. If you aren’t sure, you should visit a vet to rule out serious underlying conditions.

They might also recommend an anti-allergy medication for your rat.

Does your rat seem otherwise fine but suddenly bursts into a sneezing rampage whenever you come by?

Perhaps you’re using a strong perfume, a scented lotion, or scented laundry detergent. Rats dislike strong smells, whether they come from their environment or from you.

You may not notice the smell yourself, but your rat’s sensitive nose will pick it up during handling or playtime. Try switching things up to see if the sneezing stops. Wash your hands before handling your rat if you use scented hand lotion.

Avoid wearing perfume when handling your pet rat. Keep an eye out for your pet’s reaction.

Pollen isn’t the only problem when airing a room. If you live in a densely-populated area, you might introduce other offending chemicals when you open the window.

Air pollution is the main culprit for non-seasonal allergies.

All that vehicle exhaust can be upsetting for people with allergies. Now, imagine what the fumes are doing to a much smaller and more sensitive rat.

Of course, air pollution doesn’t come just from cars. If you often hang out in your yard, you’re probably no stranger to wood stoves or grills (backyard BBQ party, anyone?). If the rat’s room faces the backyard, keep the window closed when grilling.

But if the sneezing is caused by general air pollution, it’s a bit more complicated. You can’t air your house, but an air purifier will help diminish the polluting particles in the air. 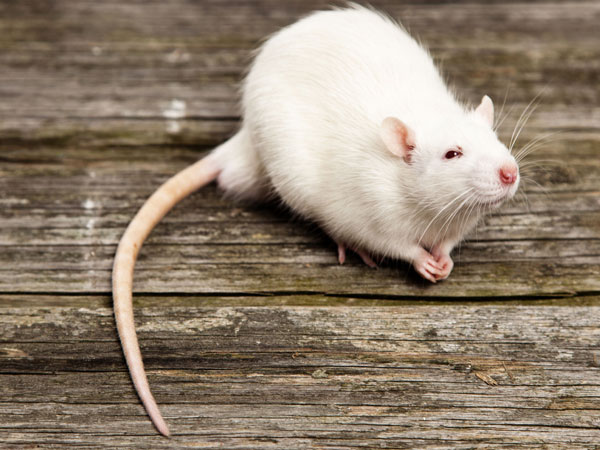 If all else fails, your pet rat may suffer from a respiratory problem. These are unfortunately common in rats. But various drugs exist, and the treatment is highly effective if administered early.

When rats suffer from respiratory problems, the sneezing is rapid, frequent, and sounds congested.

It’s a sign of inflammation and fluid buildup in the lungs, sinuses, and respiratory airways.

Other signs that your rat has a respiratory problem include:

Respiratory problems in rats are caused by bacterial and viral infections. The most common infections are Mycoplasma Pulmonis (bacterial) and Sendai Virus (viral).

The treatment varies depending on the cause and severity of the infection. But most commonly, your pet rat will need antibiotics or anti-inflammatory drugs.

If you notice any signs of infection, consult a veterinarian asap! Prompt identification and treatment of the disease are important for your pet’s long-term health.

Sneezing is common in rats. Rodents, in general, have very sensitive respiratory systems. Their noses and airways get irritated easily, and sneezing is the main symptom.

There’s even a common condition in rats known as “New Home Sneezing.” Rats are so perceptive of shifts in air quality that they’ll start sneezing when introduced to a new home.

In most other cases, this sneezing is caused by non-threatening external factors like allergens (dust, pollen, air pollution) or strong smells (perfume, air fresheners, and other household chemicals).

If other symptoms accompany the sneezing, your pet might have a respiratory infection. Those are treatable with antibiotics. 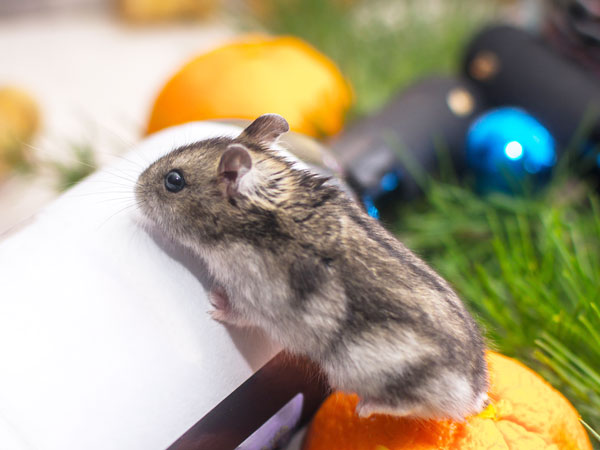 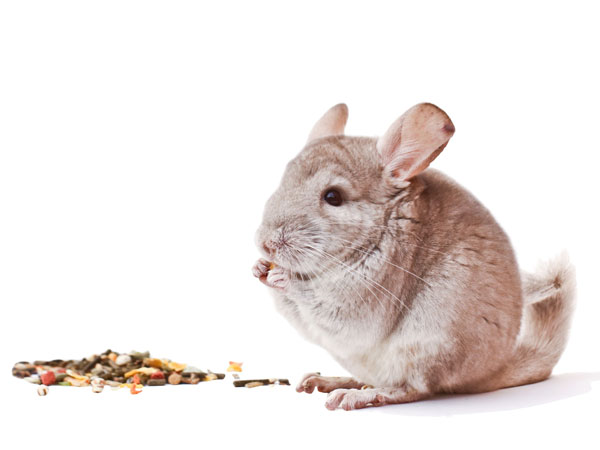 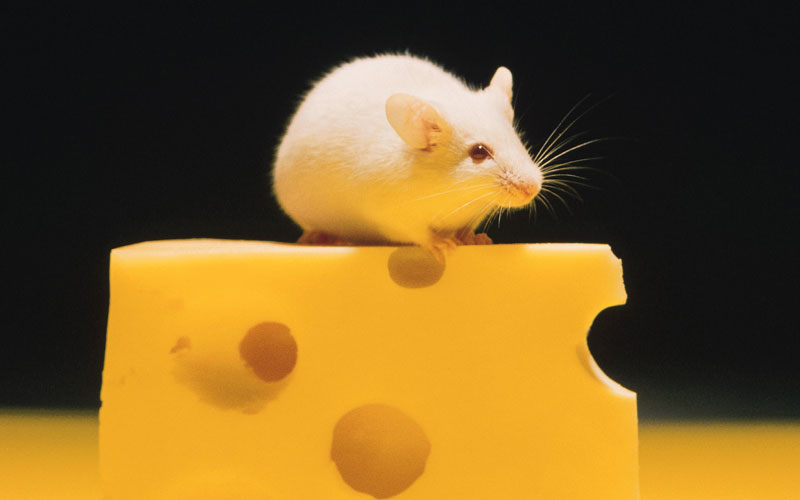 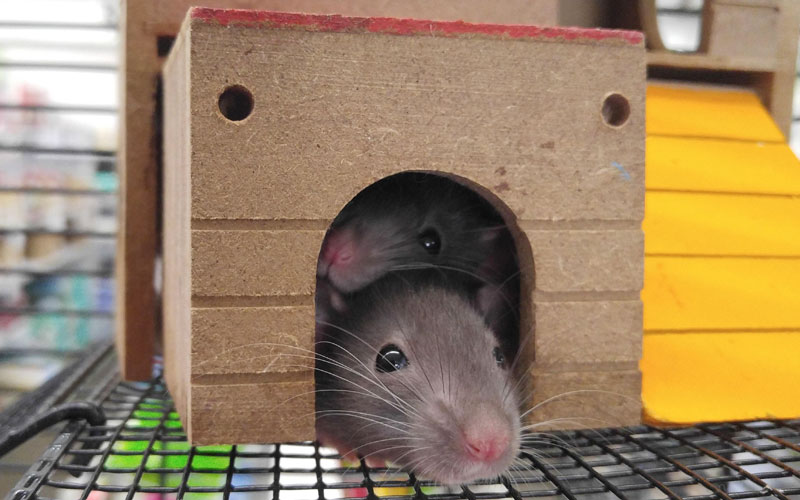 How Much do Pet Mice Sleep? 5 Things You Should Know