10 Unusual Pets that Some People Keep in UK

Most people love animals. In fact, according to a 2019 poll, over 50% of households in the UK include at least one pet. The figures are higher in the US, where over 60% of all households have one or more pets. And the trends are probably similar in most other countries. It’s safe to assume that every other person you meet has or had a pet at one point in their life. 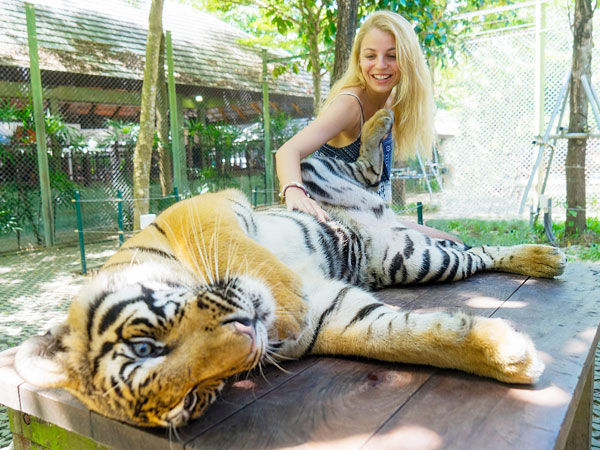 Common pets we’re all familiar with include cats, dogs, rodents, and birds, but did you know that many people actually keep exotic, wild animals as pets?

The answer is “yes!”. It’s totally legal if you live in the UK. According to the Dangerous Wild Animals Act from 1976, any British citizen can keep a wild animal as a pet, even a dangerous one. The only condition is that you must obtain a license from the local authorities. You just need to provide evidence that your wild animal is properly contained to prevent escaping and endangering others. It’s that easy! 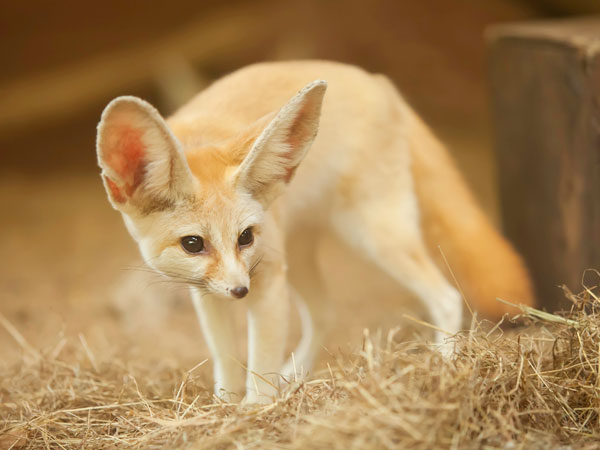 Let’s start off with a favorite among exotic pet enthusiasts. The Fennec Fox is a fox species native to North Africa. It’s also called a desert fox and is mostly found in the Sahara Desert.

This animal is small-sized, adult foxes growing up to 40 centimeters long at most. Fennec Foxes have tiny heads and a cute, button-nose specific to all foxes. But their main distinguishing feature is their oversized ears which are bigger than their head.

This fox is nocturnal and full of energy. They’re even more lively than your average dog, so they’re a bit difficult to contain. Overly active and playful as they are, they’re still wild animals, so they’re not particularly friendly towards humans. 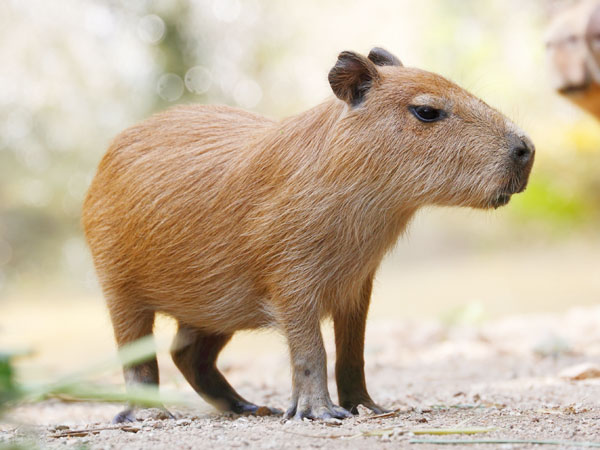 Appearance-wise, if you were to mix a beaver, a hippo, and a guinea pig, I imagine the Capybara would be the result. You could say they look somewhat like furry potatoes with webbed little feet, tiny ears, and a boxy face.

This chunky animal is actually the largest rodent in the world, measuring up to 60cm in height and over 70kg in weight in adulthood. They’re herbivorous and their natural diet consists of a variety of hay and grasses. Capybaras are shy, gentle animals. Once they get used to humans, they can become rather friendly.

They love spending time in the water and having their fur combed. Just like pigs, they don’t have any sweat glands, so they seek muddy puddles to roll in and cool off their body. They’re social, vocal animals and always dwell in groups.

If held in captivity, they should be at least housed in pairs, preferably male and female. Male capybaras can get territorial and hostile with one another, especially when there isn’t a lot of space for them. A capybara needs at least 4×6 meters of floor space. 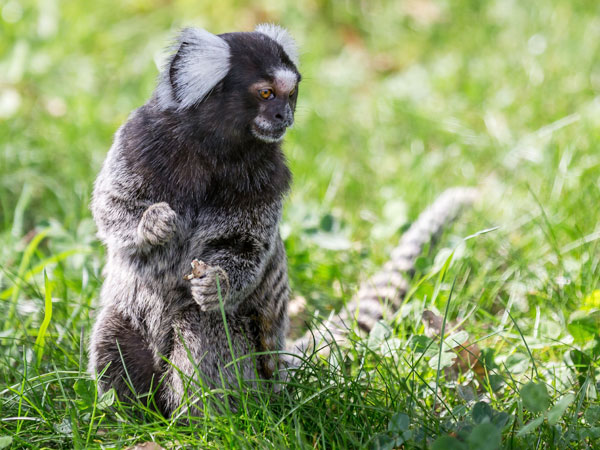 Marmoset Monkeys are small primates that naturally inhabit the tropical rainforests of South America. They’re the most popular monkey species for pet owners because of their small size, typically ranging from 12-23 centimeters, depending on the species.

They have soft fur and many species grow fluffy manes around their faces. Their tiny hands and feet resemble those of squirrels. Their fur can be black, brown, grey, or even orange. There are also approximately 20 sub-species of marmoset monkeys, each with a slightly different appearance.

They’re social animals. In the wild, they live in groups of up to 15 monkeys, so being kept in captivity is especially stressful and depressing for them. By the way, they naturally need plenty of space to forage, explore, and stay active.

In the wild, according to data from the National Primate Research Center of the University of Wisconsin, a group of marmosets will cover territories ranging from 5,000 to over 60,000 square meters. 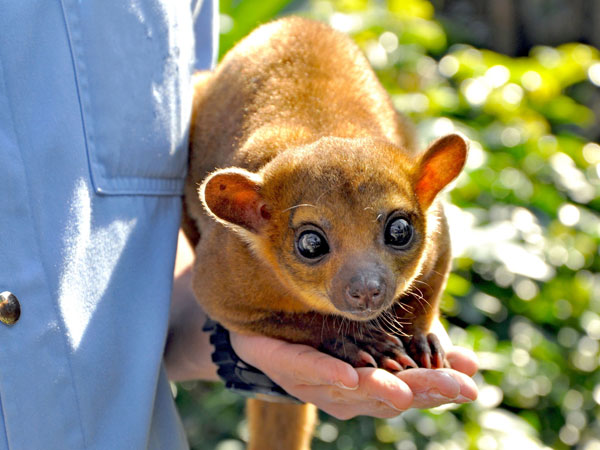 The Kinkajou is a fruit-eating animal native to Central and South America. It’s also called the “Honey Bear”, but it’s actually not a bear. The Kinkajou is more closely related to raccoons. They are tree-dwelling animals, so their bodies naturally resemble those of monkeys, with long arms and tails, although they lack the opposable thumbs that primates have.

They grow up to 40-60cm long and typically weigh less than 5kg. They have short honey-brown fur and small, rounded ears. And let’s not forget about their extremely long tongues (up to 13 centimeters in length).

They use it to scoop out honey and nectar from flowers and beehives. As pets, they’re curious, friendly, and active. However, they don’t make the best pet because of their high maintenance needs. They need lots of space and a varied diet. 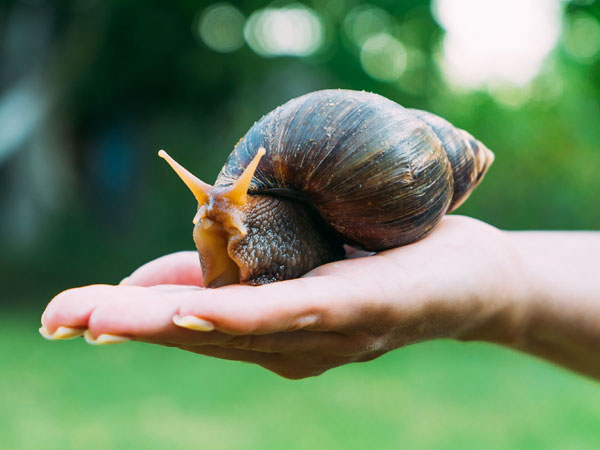 As the name suggests, this is a giant snail. It usually reaches up to 20 centimeters in length. That’s it, basically. It looks just like any regular old snail, just big. They’re actually considered a pest because of their huge appetite and resilience against insecticides.

Wild Giant African Land Snails also sometimes carry dangerous parasites and bacteria that can spread to humans. Angiostrongylus cantonensis is such an example. This parasite is known to cause meningitis in humans.

Snails kept in captivity are less likely to carry dangerous parasites and bacteria. Breeding might be a problem because these snails breed every 2-3 months, and breeding can take place any time of the year.

Otherwise, they’re easy to care for, which makes them a popular choice. They don’t mind being handled, they’re highly interactive, and apparently, some people consider them expressive and cute. 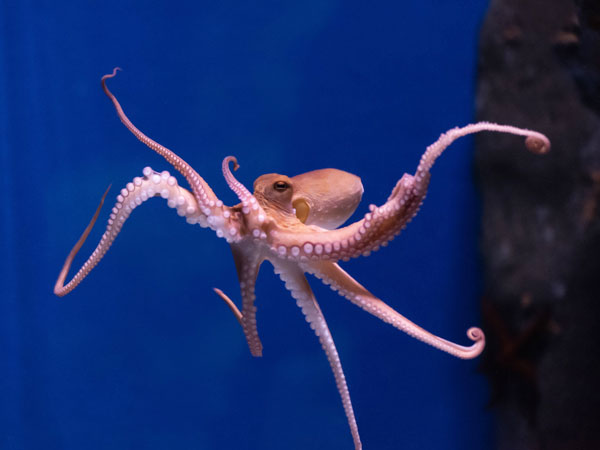 Many people find that octopuses make fascinating pets. They’re curious and intelligent, but also highly sensitive creatures. It takes some time to get them used to humans, but they seem to enjoy interacting with their owners and being pets.

They like toys and will use them to keep themselves entertained. According to some owners, octopuses enjoy hands-on activities like opening jars and boxes.

Interesting as they are, there are also downsides to keeping them as pets. Captive Octopuses get bored easily and this leads to depression and hostile behavior. They need lots of space and they’re difficult to feed appropriately because they need live food, which is hard to find. When kept in captivity, they have a shorter lifespan.

They need frequent tank cleanings and they are very sensitive to fluctuating temperatures. It takes a lot of diligence and planning to keep them healthy, and they often suffer psychologically.

Octopuses are rarely bred in captivity. As a result, many pet octopuses are actually taken away from their natural habitat to be put in a constricting water tank for the rest of their life. Think about that! It’s quite horrifying actually. 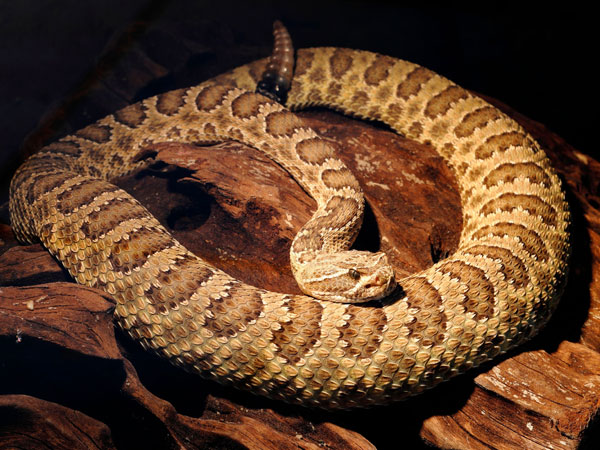 Keeping a wild venomous snake as a pet? What could possibly go wrong! And, I mean, they might be dangerous as hell, but it’s a small compromise for having a scaly, two-meter-long reptile with a rattling tail.

On a serious note, even many rattlesnake owners don’t advise keeping this pet. You have to be highly experienced in handling snakes, and even then, it’s probably not worth the risk.

Rattlesnakes are beautiful and enticing, but they’re also unpredictable. You won’t know what sets the snake off until it’s too late. These snakes have an incredible attack range and speed.

They can strike from a distance of almost their full body length, and their attack speed is less than 3 meters per second. And let’s not forget that they’re wild animals. Naturally, they wouldn’t fare well in captivity, which will just make them more aggressive. Any mistake when caring for this animal can be fatal. 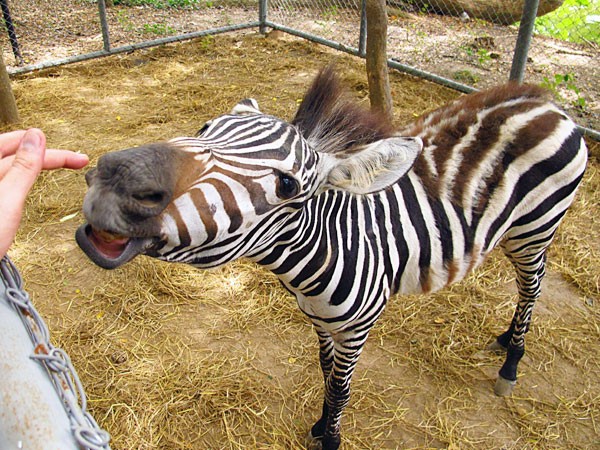 After reading about parasite-carrying snails and venomous snakes, a zebra almost sounds like a great idea. And what’s not to love about them? They’re herbivores, so you don’t have to worry about being eaten by a pet zebra.

They also look like striped donkeys and they’re highly expressive, moving their ears, tails, and mouths to communicate in intricate ways. They sound like peaceful animals, right? Well, they’re still wild beasts. And for an herbivore, the zebra sure doesn’t take crap from anyone.

They don’t fear standing up their ground and their powerful kick can cause serious injuries to their natural predators. If a 150kg lion can get beat up by a zebra, I surely wouldn’t want to mess with it either.

In fact, the zebra’s unpredictable temperament and their natural inclination to attack are the main reasons why this cool animal has never been domesticated. Also, zebras are nomadic creatures that live in large herds, so they won’t like being kept in captivity. Unlike a domesticated herbivore, a captive zebra will always search for a way out or will make one if necessary. 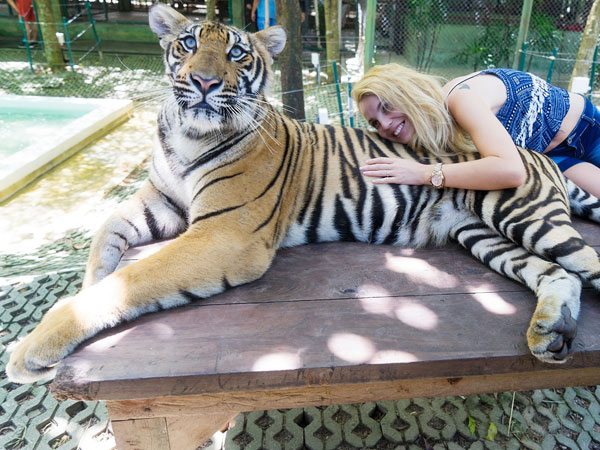 These huge, sturdy felines can weigh more than 270 kilograms when fully developed. They also grow more than 3 meters long and eat an estimated 4-7% of their body weight in meat per day. That’s at least 11kg of meat in a day.

They’re popular because of their awesome appearance, especially their orange fur covered in black patterns. They are natural loners and highly territorial. Even when kept in captivity, they might still mark their territory.

Ideally, a tiger held in captivity will still need hundreds if not thousands of square meters of space, as well as special areas for jumping, climbing, and swimming. Without properly simulating its natural habitat and providing plenty of enrichment, a tiger will get stressed or depressed.

They’re natural hunters and they love roaming and running around, so confining them to a small space is obviously a bad idea. Even if they’re adopted and brought up in captivity, tigers aren’t domesticated pets and they remain unpredictable. 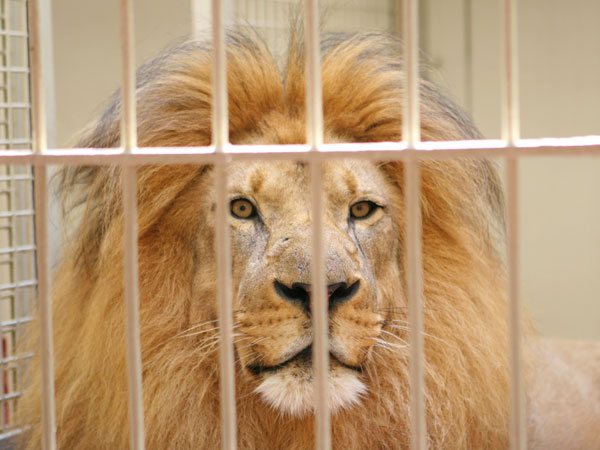 People have a weird fascination with big cats. Yeah, they look cool, and they are impressive, but is that enough to adopt such a risky pet? Turns out that yes, for over 300 people in the UK, the risk is well worth it. According to survey data collected by the charity Born Free, there are 320 wild cat pets in the UK, which also includes 11 lions.

The lion is the second-largest feline in the world after the tiger, and a male lion needs to eat 7 kilograms or more of meat every day. Unlike their larger counterpart, in the wild lions live in big groups called prides, which can include up to 40 lions.

The lion is actually the most social feline species in the wild. Generally, the same concerns apply to all big, wild felines. They’re big, unpredictable, and voracious eaters. They also need plenty of space, enrichment, and socialization to stay physically and mentally healthy.

A lot of things can go wrong when housing a wild animal. Some make better pets than others, but that still doesn’t make them a good choice. Wild animals are usually more expensive to care for. They need a lot of housing space, it’s hard if not impossible to find special feed for them, and they aren’t adaptable to different living conditions.

I don’t think people should strive to adopt exotic animals, even if it’s entirely legal. Remember, even if you keep an animal since its infancy, they aren’t fully domesticated. Their natural instinct is still very strong, which makes them unpredictable and dangerous.

Even if an exotic pet doesn’t pose a physical threat, you might want to consider the psychological impact of confinement and isolation. 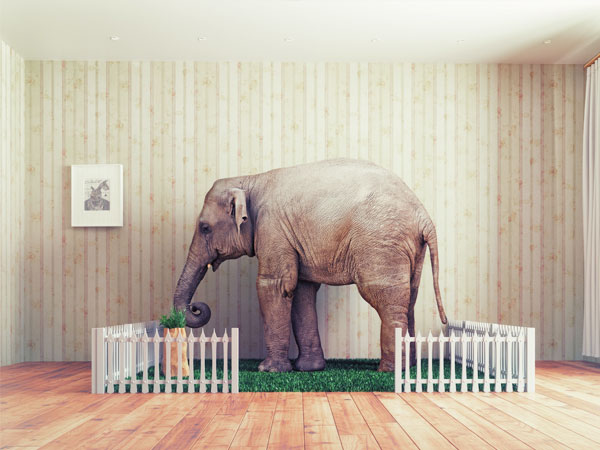 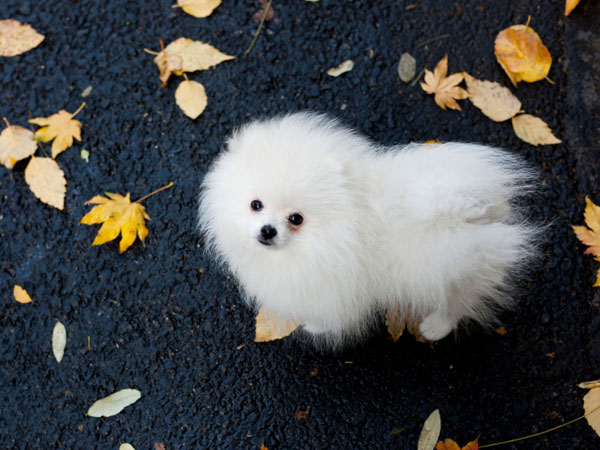 9 Small and Fluffy Pets That are Easy to Care For 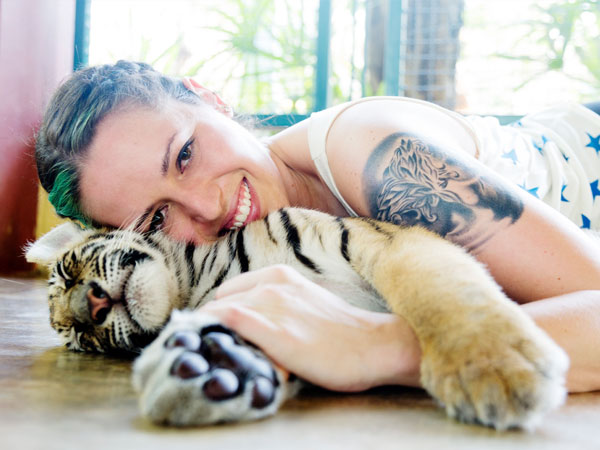 Can You Keep Wild Animals As Pets? 5 Important Facts 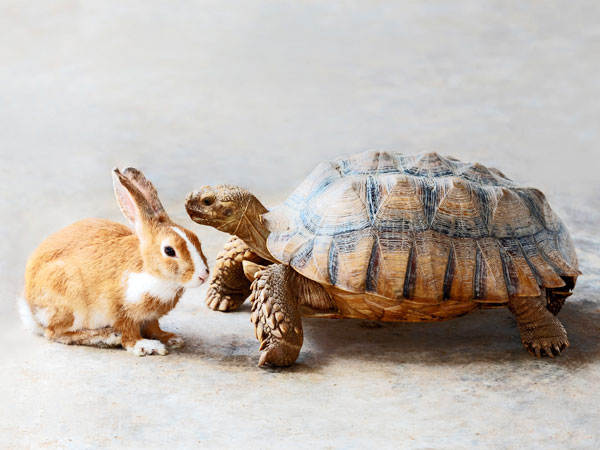