Geckos are solitary animals, so they’re not used to living in pairs, much less groups. However, many people do keep them in pairs, especially when planning to breed them, given that geckos are relatively easy to breed. Naturally, you have several milestones to go through to breed your crested geckos successfully.

These include environmental conditions, diet, overall setup, etc. The first and most important thing, though, is learning the difference between males and females. You don’t want two males in the same setup unless you have some sadistic tendencies. The two gecko males will most likely kill each other fairly soon.

So what are the differences between gecko males and females?

Male vs Female Crested Geckos – How to Tell the Difference?

Fortunately, crested geckos are easy to sex thanks to their numerous gender-based morphological differences. These include: 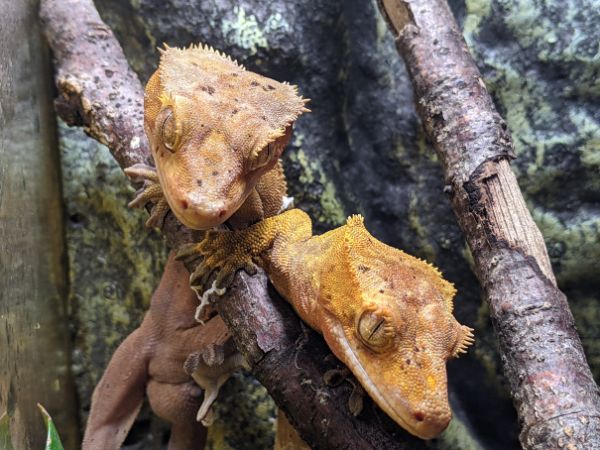 This can be trickier to differentiate because gecko males and females share similar behaviors. The only noticeable differences include activity level and vocalization. Females are overall more active than males, while males are more vocal, chirping more frequently, depending on their mood.

Another good metric would be to assess the gecko’s overall temperament. Male geckos are extremely territorial and aggressive toward each other. However, since you won’t get two male geckos in the same habitat anytime soon, feel free to skip this one.

Gecko males are longer and heavier than females. But you must choose your geckos carefully to assess the size difference accurately and understand geckos’ physiological transformation over time.

As a general idea, gecko females stop growing by the time they reach 18-24 months of age and will get as heavy as 35 grams. Gecko males will grow past this point, eventually settling for 55 grams as overall weight.

Finally, always keep in mind the exceptions. Depending on their genetic background and overall care, there is such a thing as huge females and small males. So, you can’t rely on size difference alone if you want to sex your crested geckos accurately.

Gecko males have longer necks and wider heads with more powerful jaws. This is a good evolutionary feature, allowing males to be more proficient at fighting. Females, on the other hands, have shorter necks and slimmer heads with smaller jaws.

The preanal or femoral pores are among the most distinct features, as these are only present in males. For the most part, that is. These pores are distributed in either a straight line or an inverted V if you turn the reptile belly up. The pores are located above the vent and stretch across the femoral muscles on the interior part of the hind legs.

They should be visible with the naked eye in mature gecko males but more difficult to distinguish in juveniles. If you want to sex your gecko early, use a magnifying glass to give you an advantage.

Keep in mind that some crested gecko females can also display visible pores, although it’s far less common than in adults. Just a note to keep in the back of your mind, telling you not to rely on this sexing method exclusively. 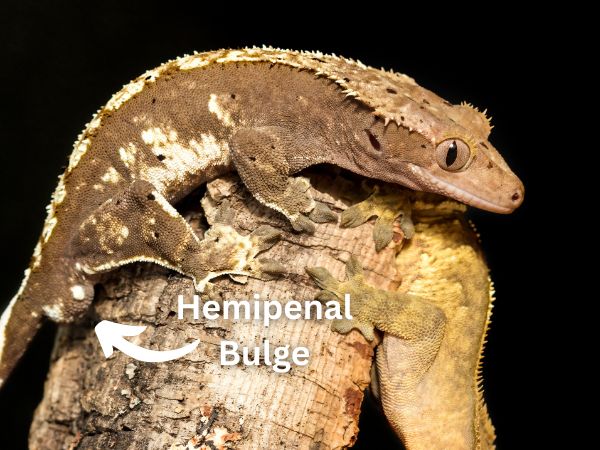 The bulge in question is located right at the base of the reptile’s tale on the interior area. It typically occupies the last tail segment, right at the base, near the vent. The bulge should be quite visible and protruding if the gecko is a male and minimal to completely absent in females.

In many cases, the bulge is separated in two, reminding of mammalian testicles protruding through the skin. This feature is more visible in adult males.

Cloacal spurs are typically two pointy growths on each side of the reptile’s vent. They look like canines, for lack of a better comparison, and are present in both males and females. So, how can you differentiate between the genders using cloaca spurs, then?

The difference is that the spurs are larger and more prominent among males. They also develop sooner in males, typically around 4-5 months of age. Females grow them later on in life.

At What Age Can You Sex Crested Geckos?

You should start looking for gender differences between gecko males and females when the reptiles are at least 4-5 months of age. At this point, though, only some metrics will be relevant, while others will not. For instance, the size difference tells you nothing about the gecko’s sex, given that males only outside females past the 18-24-month mark.

But you can look for other signs like cloaca spurs, hemipenal bulges, femoral pores, etc. All these should help you sex your juvenile gecko quite accurately. However, keep in mind that there are exceptions to all of these standard sex-based differences.

I recommend waiting it out and only sex your geckos once they’re past the 18-month mark. At this point, the differences should be visible enough to leave no doubt as to who is who.

Crested geckos are fairly easy to sex, given that males and females showcase distinct physiological development. If you’re still uncertain about your gecko’s sex, consider speaking with a more experienced gecko keeper. Someone with more experience and insight can help you out in this sense. 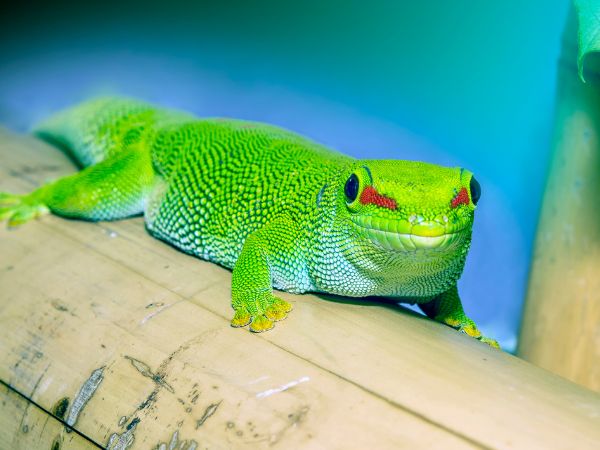 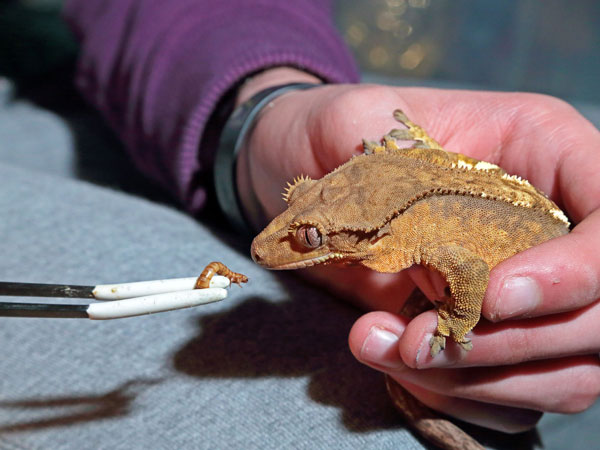 What Worms Can You Feed to Crested Geckos? 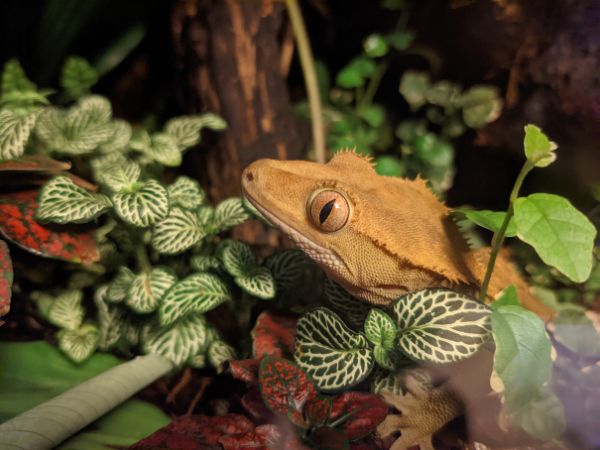 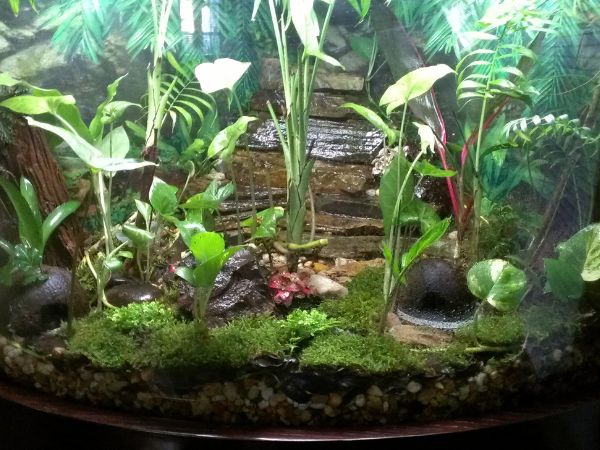 How to Clean Crested Gecko Tank?