The Corvidae or crow family is a broad-based genus that consists of more than 133 different bird species. Due to their hardy nature, these intelligent birds are found worldwide, especially near wooded areas and human settlements. 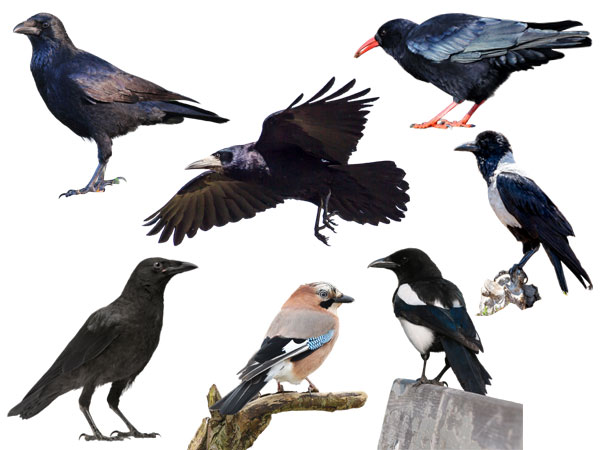 Apart from a few selected species, most corvids are primarily black or have a combination of grey and black color. Even so, there are a couple of well-patterned and multicolored crows like the Jaws.

Thanks to their adaptable nature, crows make ideal pets when kept in suitable habitats. However, like any other migratory bird, you cannot keep crows in captivity without a legal permit. Fortunately, some partially migratory and non-migratory species like the American Crows are easy to tame. Keep following as we delve on some of the most well-known   Corvus species. 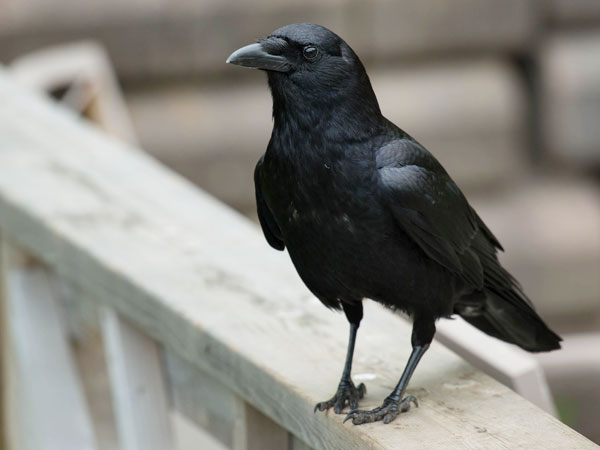 Common crows are some of the most widespread birds in the Corvidae family. It is not unusual to find them in Iceland, Europe, Asia, Scandinavia, Central America, and Africa. Mostly, common crows prefer spending time in the plains, woodlands, mountain forests, sea coasts, deserts, and rocky cliffs. Unlike other birds, they are famous for their raucous and loud calls.

In addition, they are known for destroying crops and creating havoc. Luckily, when crows raid gardens, they also consume massive content of disastrous insects, grasshoppers, and cutworms. Also, they feed on carrion which helps in cleaning unwanted debris.

Compared to other Corvids, common crows are much larger and grow up to 70 cm long. On average, a common crow weighs approximately 0.3 to 1.7 kgs. Naturally curious, the bird is famed for picking shiny objects and hiding them in their nests. 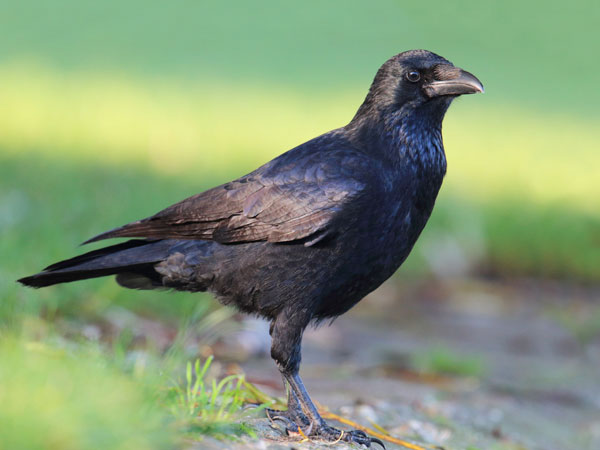 Carrion crows are purely black and stand out among the most intelligent and adaptable birds in the universe. They are slightly smaller than the common crows and have square-ended tails. You can easily find carrions in Asia, Sweden, Spain, and the Atlantic Ocean.

In contrast to other birds in the Corvidae family, they do not have feathers on their legs or patches on the beak. Rarely do carrion crows live in flocks. Instead, they spend most of their time in pairs or alone. However, when pestered by intruders, they can gang up to chase them away.

Due to their shy nature, carrions are often wary of humans, especially when stealing food from gardens. Though, after mastering the best raiding time, carrion crows can be a nuisance. Mainly carrions prefer feeding on human leftovers, seeds, fruits, carrion, and eggs. 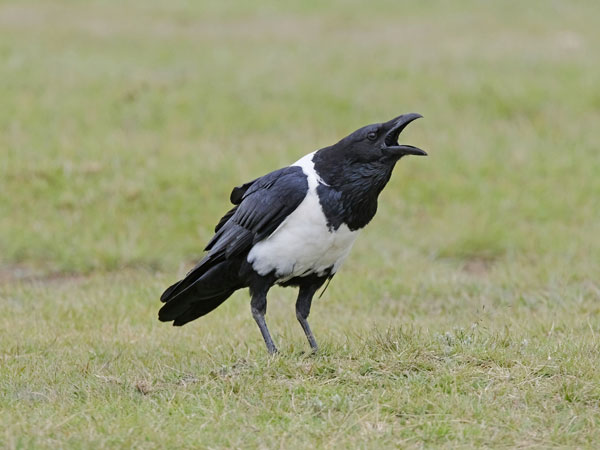 Most impressive is that they share common crow love for shiny items which they scavenge and take back to their nests.  Apart from their extreme intelligence, pied crows are also gifted with exceptional flying skills. It is not unusual to find them somersaulting on different angles when in flight.

Additionally, they are exciting mimics who can compete with parrots for their money. Pied crow’s favorite meals include eggs, insects, garbage, fruits, carrions, and small vertebrates. Generally, pied crows weigh 0.5 to 0.55 kg and measure 45 to 52 cm in length. In most cases, the pied crow wingspan extends to about 86 to 98 cm. 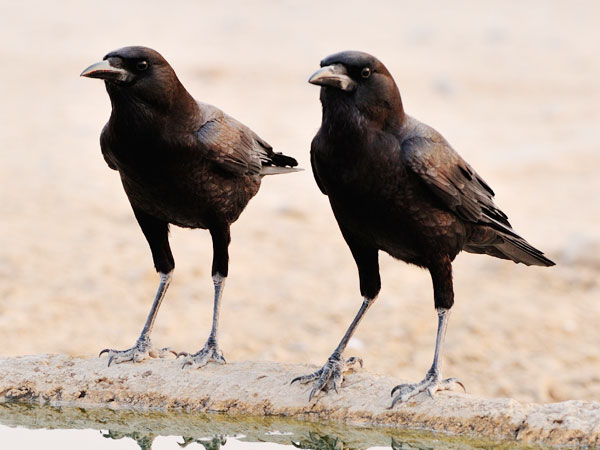 Mostly, they thrive in diverse habitats like deserts, grassland, dry savanna, and anywhere near humans. Usually, you can spot them in small flocks or pair scavenging as they walk along. Akin to other corvids, Cape crow produces a cawing sound with bubbling and rasping vocalizations. Medium-sized Cape crows grow to around 40 to 55 cm long and weigh 0.24 to 0.37 kg. 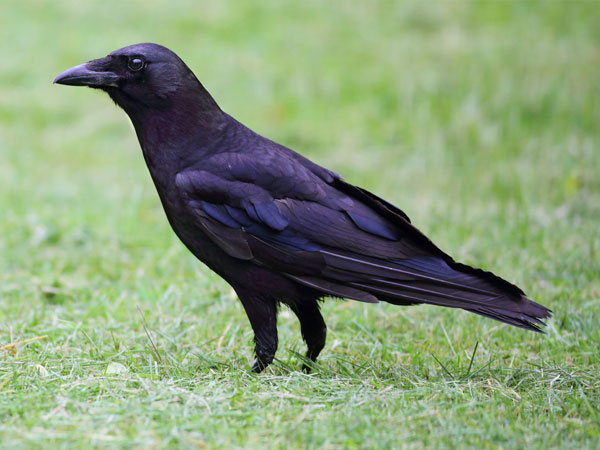 The American crow is one of the larger corvids measuring up to 45cm in length and weighs 0.3 to 0.6 kg. With a wingspan of about 100 cm, they make steady flapping movements instead of soaring. One unique trait is that they are very secretive about their nesting activities.

Luckily, they are not selective feeders and mostly eat berries, nuts, seeds, insects, eggs, carrion, and small rodents. Often, adult American crows consume food rations equivalent to their weight daily. While they prefer living in the cities, you can also find American crows in farmlands, open areas, woodlots, and forests. 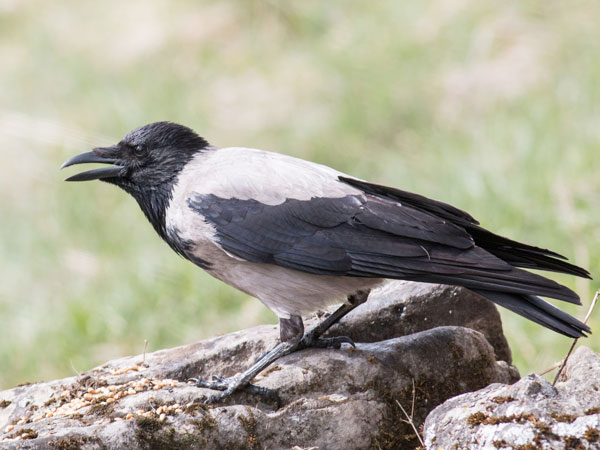 Until lately, hooded crows were classified under the carrions. The main reason is that both birds have overlapping characteristics probably caused by interbreeding. For this reason, you might observe some hybrids with black bodies or mixed grey. Altogether, carrions enjoy feeding on dead carcasses, garbage, eggs, nuts, and seeds.

Something else, they are more companionable and can be seen hanging out in flocks. On average, hooded crows weigh 0.3 to 0.6 kg and measure 46-48 cm in length. Moreover, they have a wingspan length of about 100 cm. 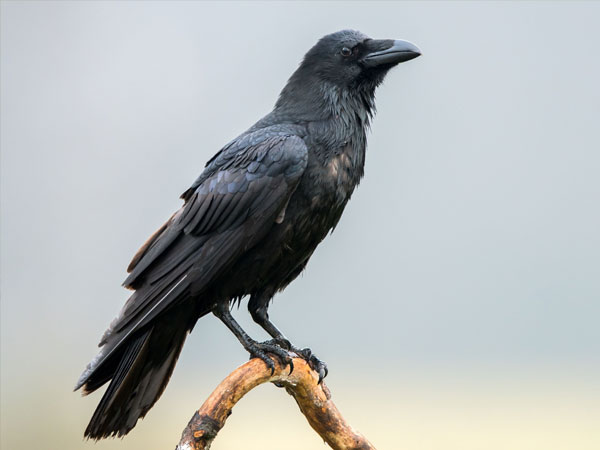 Common ravens are the biggest birds in the Corvidae family.  Outstanding raven’s features include long wings and large bills. Ravens mainly breed in the north and west, though they are progressing to the east in recent times. Most raven birds do not migrate in winter or during nesting. In some instances, younglings and non-breeders wander around their breeding sites. 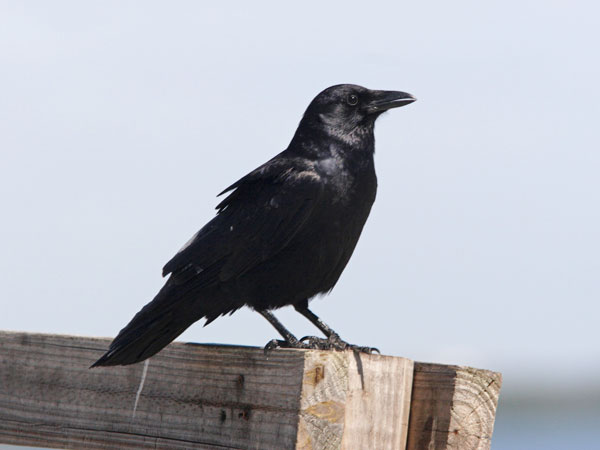 It is almost impossible to differentiate Fish crows from American crows at first glance. Nonetheless, fish crows have slender bills and shorter feet than American crows. The feathers are also relatively smaller and glossier. You can quickly identify Fish crows with their singular nasal caws.

Although they are often restricted in the areas around Southeastern US, recent environmental changes slightly prompt the birds to move inland and northwards. Beyond anything else, fish crows love staying near water, dumpsites, and fast food joints. They weigh about 0.3 kg and have a body length of about 36- 40 cm. 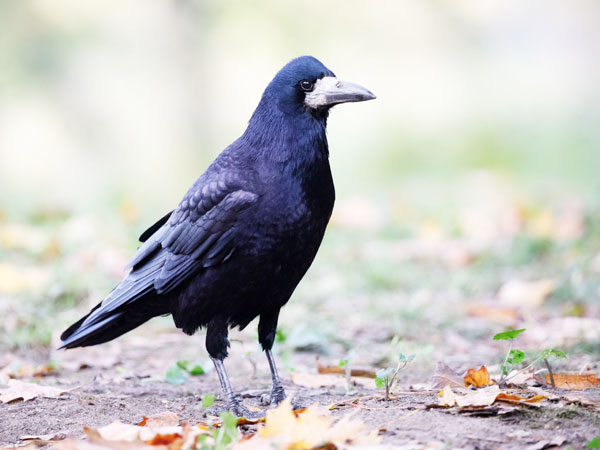 Rooks are some of the most social birds in the range. It is improbable to find a lone rook on any occasion. Sometimes, you can even find them scavenging and roasting with other species like Jackdaws. Rooks have peaked heads, thinner beaks, and grayish-white faces. They feed on several food items such as grains, insects, nuts, eggs, carrion, and small mammals. 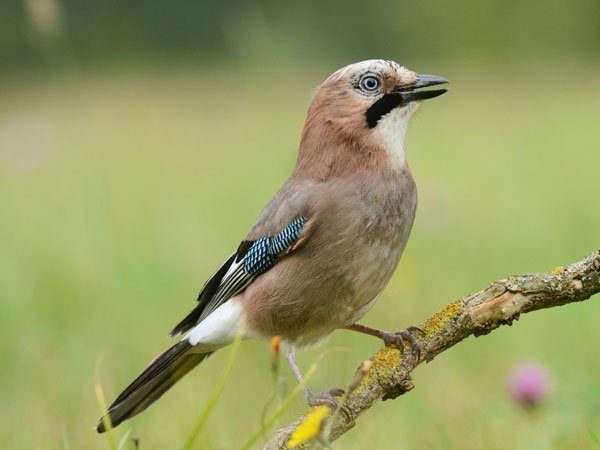 Without any doubt, Jays are the most colorful birds in the crow family. Yet, due to their shy peculiarity, they are hard to detect and rarely move from their deep covers. Sometimes, screaming calls give the alarm of Jaybirds in the vicinity. More so, Jay crows produce this sound when preparing to move. Soon after, you may notice a brightly colored grey or blue jay fly off.

Other than that, Jays are well known for their impressive feeding habits, where they hide corn for later retrievals. Jays also love feeding on small mammals, seeds, insects, nuts, and other bird species. When fed on a healthy diet, they can grow to about 35 cm and weigh 0.14 to 0.20 kg. Often, the wingspan extends to roughly 50 t0 60 cm long. 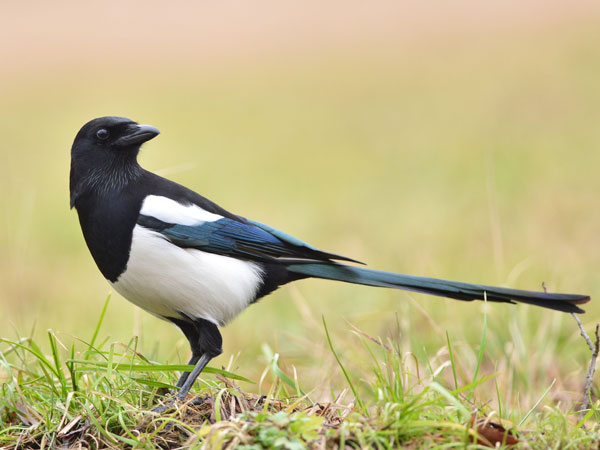 Nothing beats the dazzling black and purplish plumage of Magpies crows. Furthermore, the green gloss around the tail and gleaming wing feathers is a sight to behold. Even if magpies are excellent pest destroyers and scavengers, their arrogant mannerism does not go well with most people.

As strict omnivores, they feed on various foods such as grains, nuts, lizards, insects, eggs, veggies, carrion, garbage, and so forth. Adult Magpies weigh 0.2 to 0.3 kg and measure 42 to 46 cm long. Magpie’s wingspan extends to about 50-60 cm in length. 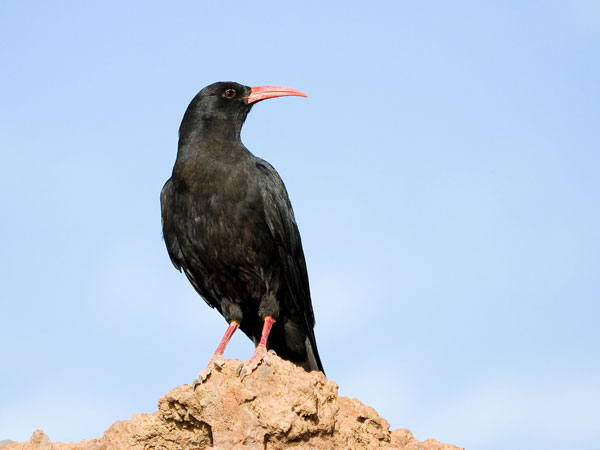 Apart from the standard black plumage found on other crow birds, Choughs have red legs and bills. One unusual behavior with Choughs is the mastery of flying stunts, where they display their swooping and diving prowess. Mainly, Chough feeds on larvae and insects. Adults weigh 0.2 to 0.3 kg and measure 38-40 cm long. They have a wingspan of about 75 60 90 cm.

Before investing in a crow pet, it is critical to understand the Migratory Bird Treaty Act. The law clearly states that it is illegal to capture, hunt, sell or kill more than 1000 bird species listed as migratory. Even if crows make exciting pets, seek expert advice on permits and non-migratory bird species before bringing one home. 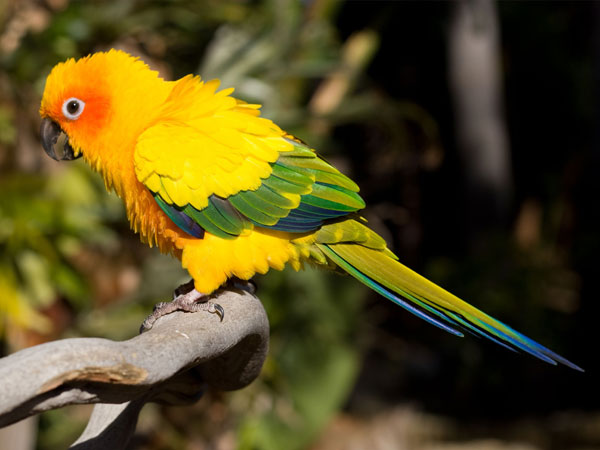 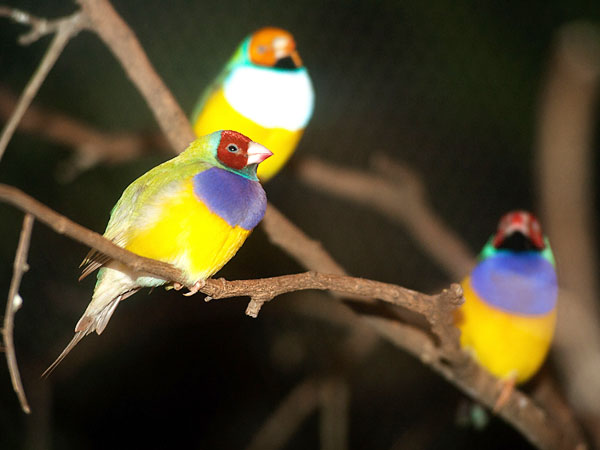 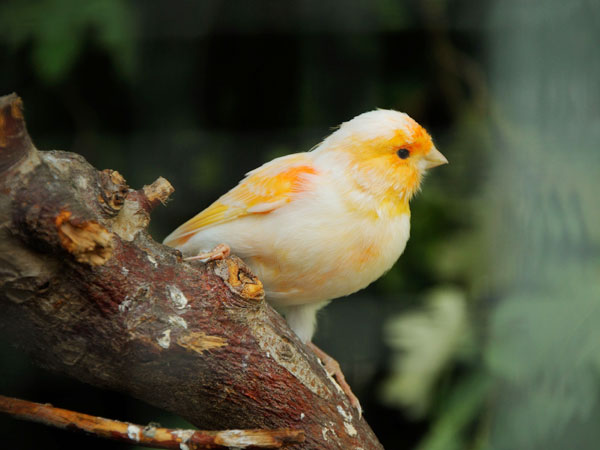 How Long do Canary Birds Live? 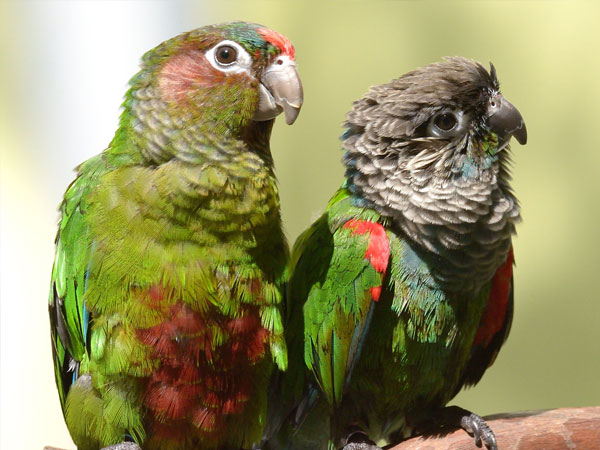 Conures Lifespan – How Long Do These Birds Live?