The Himalayan cat, also known as “Himmy”, is a hybrid breed of Siamese and Persian cats. The result is a good-looking feline with Siamese-like bright blue eyes and pointed coloring and a Persian-like long, silky coat. 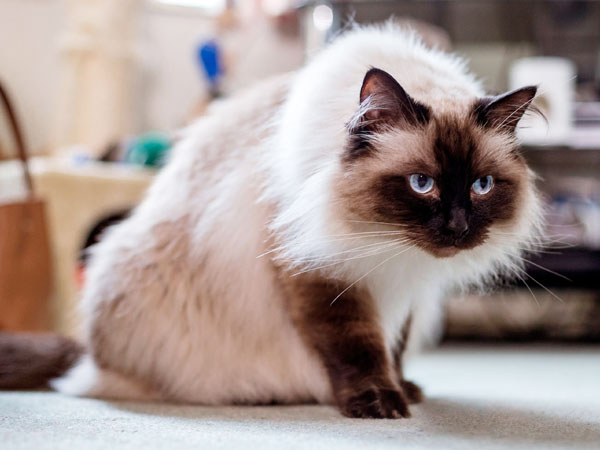 The stocky and thick-bodied Himalayan has a deep, broad chest, sturdy bones, and a rounded abdomen. A healthy Himalayan cat should feel solid and muscular but not too chubby.

Despite its large size, the Himalayan is considered the “gentle giant” of the cat world. They appreciate their owners’ affection and attention, have lovely, temperate personalities, and can be very playful.

Their intense friendliness to humans of all sizes and ages makes them excellent pets for families. In this article, you’ll find the basic things you need to know about caring for the Himalayans.

The Himalayan has similar looks to the Persian’s soft round lines and sweet expression. Himalayan cats have a short nose, large, round eyes, full cheeks, small ears (with round tips), and a large, round head.

A short, thick neck supports their head, and they have a deceptively muscular, sturdy body — also known as “cobby.” Their legs are thick, short, and strong with big, round, firm paws. They have short tails, though proportional to their body length.

The Himalayan has a long, shiny, thick coat with a fine texture to complete their look. The coat covers their entire body and includes a deep frill between their forelimbs, a full “brush” tail, toe tufts and long ear, and a ruff around their neck.

Their body is different shades of fawn to white with color only on the feet, facial mask, tail, and ears. Unlike the Exotic and the Persian, the Himalayan cat’s eyes have only one color: deep, vivid blue.

This cat breed comes in two different looks: the traditional and the extreme. The extreme Himalayans have a flatter face that often comes with breathing issues and are mostly found in show rings.

The traditional Himalayans have an old-fashioned appearance, with their face not as flat and their nose set lower on their face to permit easier breathing.

The Himalayan is a medium to large cat breed, with females weighing about seven to eleven pounds and males weighing nine to fourteen pounds. They generally measure about 17 to 19 inches in length. 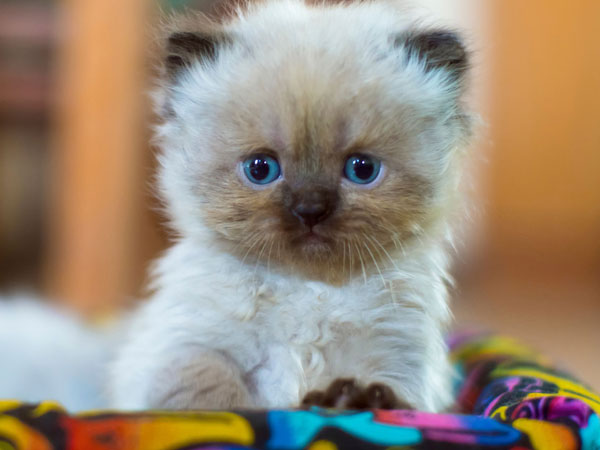 The Himalayan cat is sweet, quiet, and docile. They make a wonderful pet in any home and love to be in their rightful place (sitting in your lap) while you pet them, Recognizing their superior qualities.

They also enjoy playing with kids who will gently comb their hair, wheel them around, and serve them tea at home parties. They love chasing an interactive toy. These cats are affectionate, though they can also be discriminating.

Himalayan reserve their attention only for family members and a few guests whom they can trust. They are very picky and dislike loud environments. They prefer being in a serene home and environment where very little changes occur each day.

With their voice (popularly known to be soft, musical, and pleasant) and large, expressive eyes, Himalayan cats will humbly present their needs: some playtime with a feather teaser or a catnip mouse, regular meals, and lots of love, which will be returned in multiple folds.

The cat is unlikely to jump on the kitchen cabinet, perch on top of the refrigerator, or climb up the curtains. They are perfectly satisfied ruling in their domain on the floor or easily accessible furniture pieces.

When you are busy around your home or are at work, the cat will gladly relax on a sofa, bed, or chair until you’re ready to admire them and give them the attention they willingly get but never demand.

The most vital thing to note about caring for the Himalayan cat is the need for grooming every day. Their long, gorgeous coat doesn’t remain tangle-free and clean on its own. You must gently but thoroughly comb them every day and bathe them regularly, at least once every month is a great idea.

Another thing to consider is the litter problem. Luft may be lodged in your Himalayan cat’s coat or paws. If the litter box and your cat are not kept scrupulously clean, the cat will likely stop using the litter box.

Another possible issue with this breed is excessive tearing, so ensure to wipe the corners of your Himalayan cat’s eyes clean every day to prevent the formation of under-eye stains. Brush their teeth to avoid periodontal disease. While daily brushing is best, weekly dental hygiene is better than nothing.

Keeping your Himalayan cat as an indoor-only cat is a great idea. It’s not a fighter and may not fare well against other cats, coyotes, dogs, and other dangers that outdoor cats face.

Allowing your Himalayan to go outdoors also exposes it to being stolen by one who would love to own such an attractive cat without paying a dime for it.

Both mixed-breed cats and pedigreed cats have different incidences of health issues that may be genetic. Although their genetic variation offers protection against some inherited health problems, Himalayans can be susceptible to some conditions.

Not all Himalayan cats will have health problems, but you need to know about them. They include:

This involves the development of several cysts on the cat’s kidneys. While this disease isn’t immediately life-threatening, you should treat it as early as you can to minimize the risk of harmful bacterial infections and prevent new cyst development.

Due to their flattened faces, Himalayans are more prone to certain respiratory issues, such as inability to perform physical tasks, difficulty swallowing, or difficulty breathing.

Their thick, long coats are harder to groom, which increases the risk of developing ringworm. Ensure to carefully check the cat’s skin for scaly, red spots while grooming them and contact your vet immediately if you suspect such an infection.

Discuss with your vet on the best way to minimize the risk of these health problems. They may provide steps you can take to protect your cat and what to do if the cat develops a health condition.

Your Himalayan’s nutritional needs largely depend on its weight, activity levels, and age, so it’s essential to consult your vet about their feeding schedule.

Since Himalayan cats are susceptible to hairballs, their silky coats are prone to shedding. You might need to discuss with your vet about a specially formulated food to reduce or prevent hairballs.

All cat breeds are prone to feline obesity, so you might want to avoid overfeeding your cat with treats or during meal times. If your Himalayan is gaining too much weight, your vet can give you a customized diet plan.

Himalayans are prone to shedding, so they need daily grooming to remove loose hairs and keep their coat mat-free and tangle-free.

With proper care and hygiene, the Himalayan can live up to about nine to fifteen years. 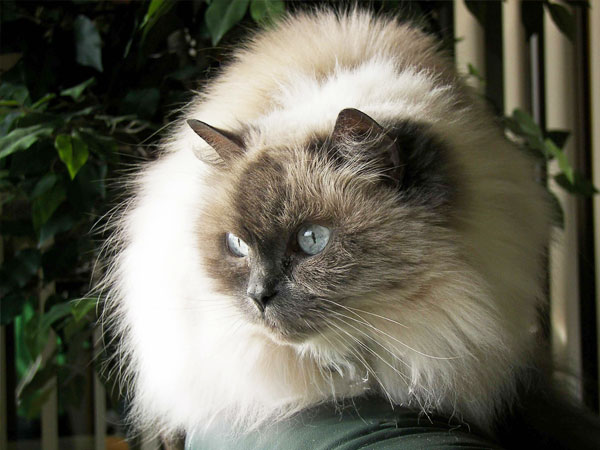 The Himalayan is a friendly cat to all, making it a wonderful pet for large families. However, if you need a low-maintenance cat, a Himalayan cat may not be the ideal pick, as their silky, long coats need daily care. 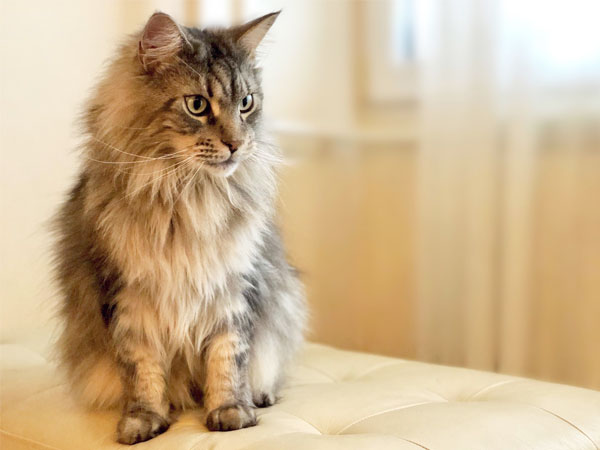 Maine Coon Lifespan – How Long do These Cats Live? 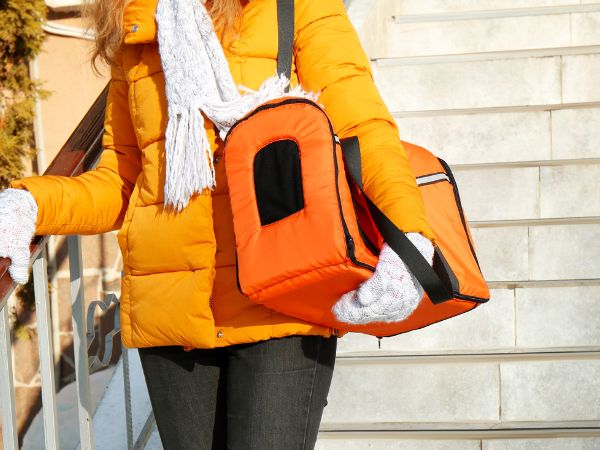 How Much Does A Cat Carrier Weigh? 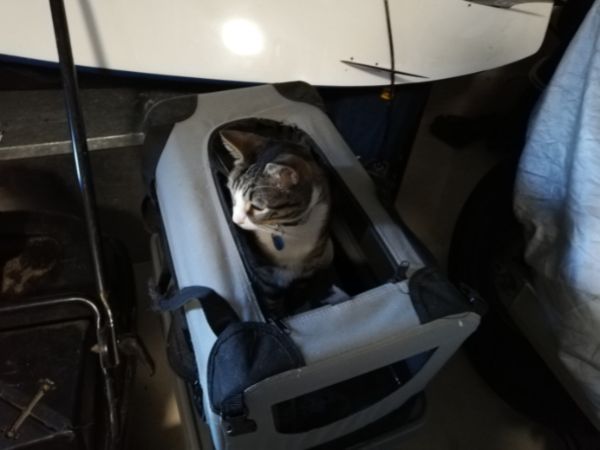 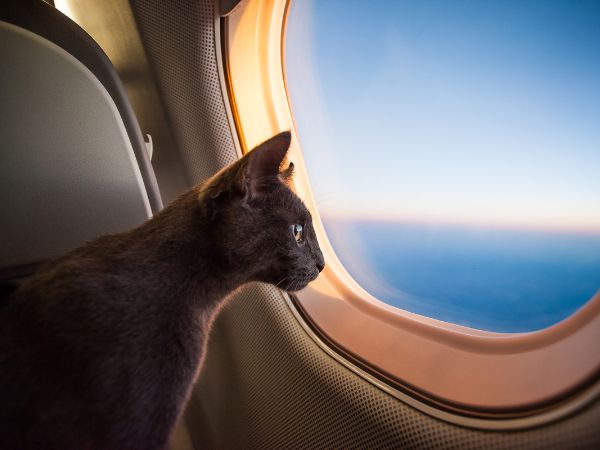 How Old Does A Cat Have To Be To Fly?