Do Horses Have Nipples?

Unlike cows, whose milk is collected for human consumption, any mammary glands in horses serve only for the growth and development of foals. 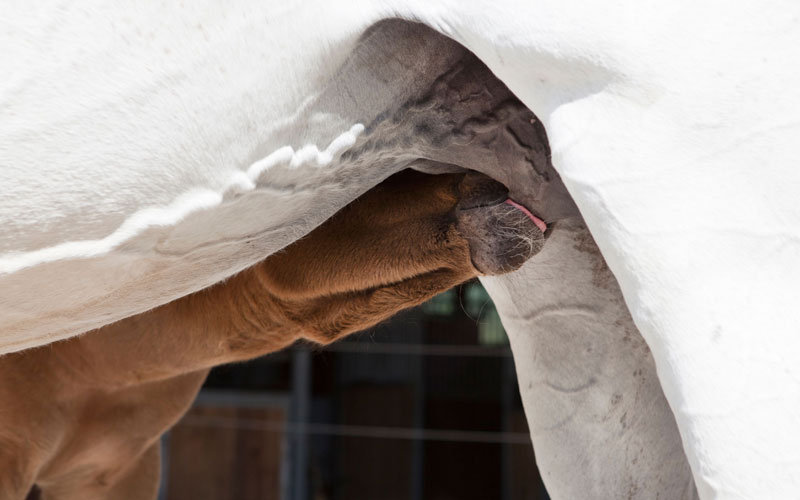 It’s only natural for horses to have nipples too since they’re mammals and as such feature mammary glands.

But how are these different from the mammary glands of other mammals? And do both male and female horses have nipples?

These are the questions I’ll be discussing along with the purpose, location and number of nipples on horses.

Why Do Horses Have Nipples?

Horses have nipples for the same reasons any mammals have them – to feed the foal in the first couple of hours and days of their lives until they’re ready to eat on their own.

When the mare gives birth to the foal, her mammary glands will produce a substance called colostrum that will fill her udders.

This colostrum is essentially the mare’s first milk and it’s not simply a highly nutritious form of milk, it also contains essential antibodies that will protect the foal from diseases.

It’s no question that in most parts of the world, the milk of a mare will only serve as a source of nutrition to the foal.

Yet, there are some cultures – some parts of Russia and Asia – in which horse milk is collected and turned into kumis, a fermented milk beverage.

Unlike cow milk, the milk of a mare is hard to collect. First, the foal must be at the side of the mare for her to be able to lactate. Then, after the foal is fed, only a little milk remains, making horse milk very expensive.

Horse milk has been consumed by the people from Central Asian steppes for centuries. The milk is said to taste sour, bitter and sweeter than cow’s milk.

Certain people with allergies to cow’s milk can consume horse’s milk instead. While interest in horse’s milk is growing in parts of Europe too, it still remains rare due to its high price.

Why do Foals Need Colostrum?

It’s important for foals to start suckling as soon as possible within a couple of hours after birth. When the foal is unable to nurse, mares are often milked, and the colostrum is bottle-fed to the foal.

The reason why foals need to consume the colostrum within the first few hours of their birth is because foals are born without any infection-fighting antibodies.

The colostrum contains the infection-fighting antibodies that will protect them from bacteria and viruses that are a threat in their environment. So, consuming the colostrum can be lifesaving for them.

However, the longer it takes for the foal to start nursing, its capacity to absorb the colostrum lessens.

This is why foals that won’t nurse soon enough are bottle-fed the mare’s colostrum to make sure they don’t miss out on the antibodies and nutrients within it.

By consuming the colostrum, foals will be protected for 3-6 weeks until they start making their own antibodies.

Besides the infection-fighting antibodies, colostrum also contains vitamins, minerals, energy, fat, protein, and can even act as a laxative to help the foal pass its first stool.

Foals that don’t receive colostrum within the window in which they’re most able to absorb it and the transfer of antibodies from the mare to the foal fails, are at an increased risk of diarrhea, pneumonia, infected joints and infected umbilical cords, but other infections as well.

After the foal has suckled on the first milk, the udders of the mare will continue their milk production, which will keep the foal fed until it can feed on its own.

Do Male Horses Have Nipples?

Turns out that the horse embryo, regardless of the eventual gender of the horse, starts out as a female embryo in the first weeks of its life.

By the time it’s determined whether the embryo will have male or female genitalia, the nipples are already predetermined so that regardless of gender both female and male horses will have nipples.

In fact, the fact that male humans have nipples also has the same explanation – that all embryos start out as female.

How Many Nipples Do Horses Have?

Unlike cows whose udders have four nipples or teats, mares have only two, even though they have four mammary glands.

Usually, in most mammals each mammary gland corresponds to a teat. In horses, however, this isn’t the case, and mares have only two nipples for each pair of mammary glands.

The mammary glands of the mare are situated between the hind legs. They’re covered by a layer of skin and hair, with only the area around the teats being hairless.

If you’re thinking that two nipples are too few for such a large animal, think about it this way – horses will typically only give birth to one foal, so two nipples are enough to feed the foal.

Dogs and cats will produce lots of offspring, so they’ll need multiple nipples to feed every single offspring.

Therefore, from an evolutionary standpoint, the fact that horses have just two nipples instead of four, for example, makes total sense.

Although in some cultures, horse milk is still consumed, in most places around the world, the milk of a mare serves one and only one purpose – to allow the healthy development and growth of the foal.

If you have a gestating mare, it’s important to get yourself up to speed with the location of the horse nipples and the significance of foals feeding on colostrum to offer the foal the best start in life. 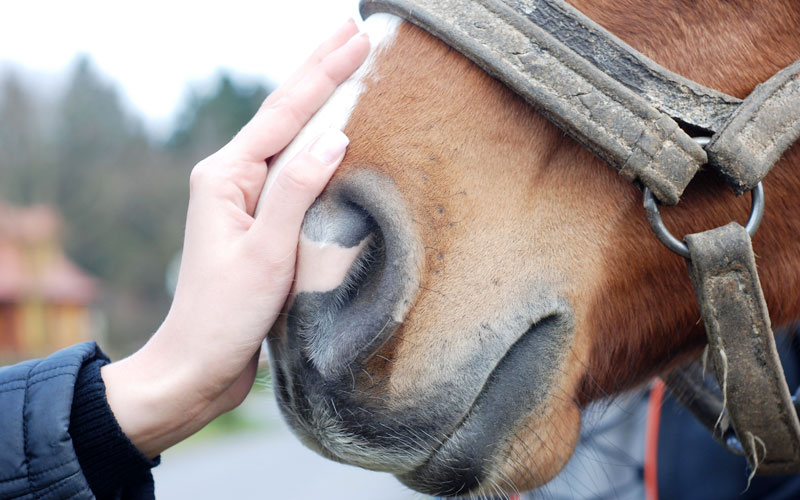 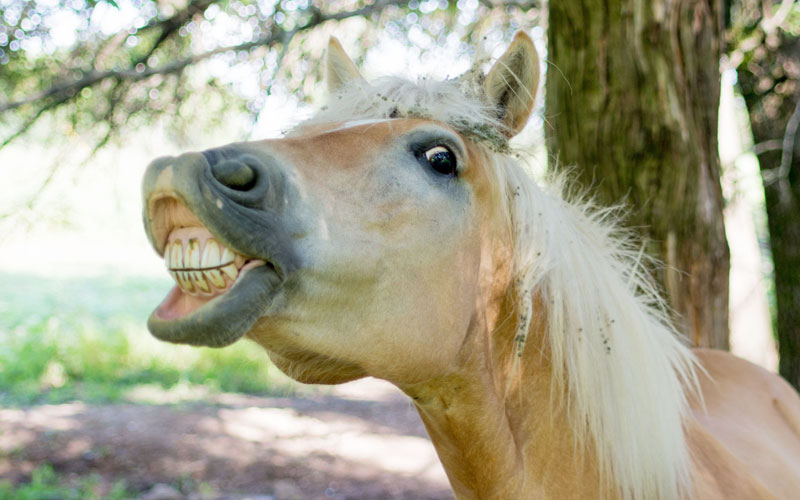 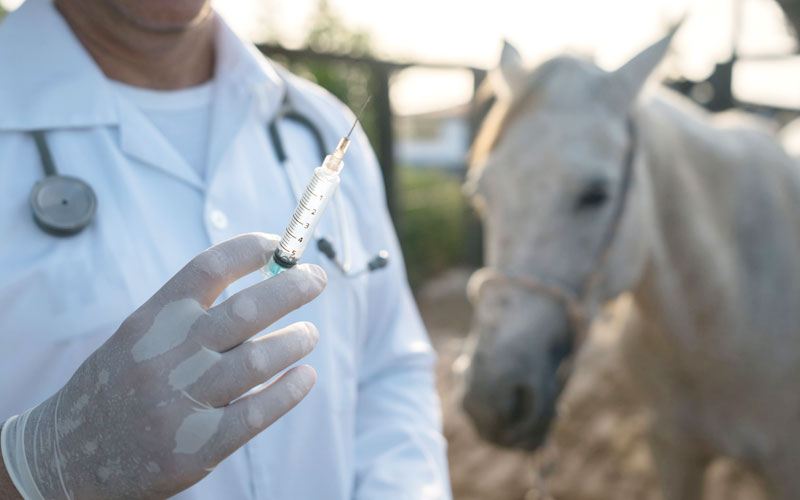 Horse Vaccination – All You Need to Know 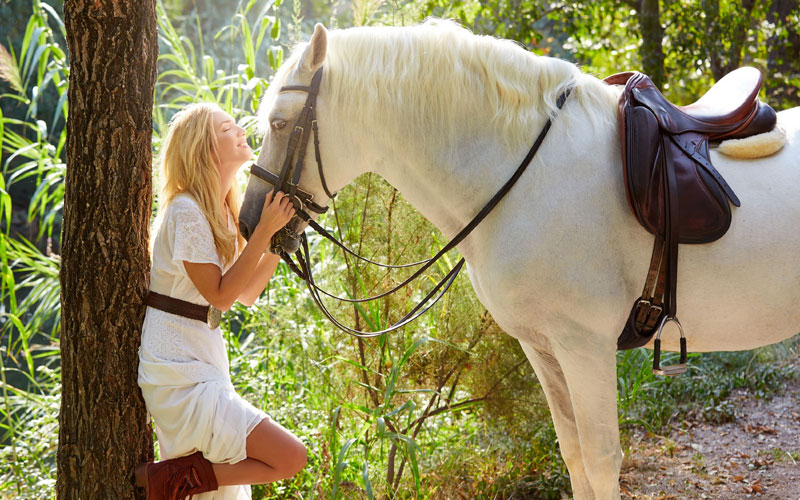 Do Horses Have Feelings and Emotions?