How to Tell if a Cat is a Maine Coon?

In this day and age, people would do anything for money. Including selling mixed cats as “purebred Maine Coons.” Now that’s a downright sacrilege if I’ve ever seen one. If you’re worried about buying an impure Maine Coon, then let me help you. 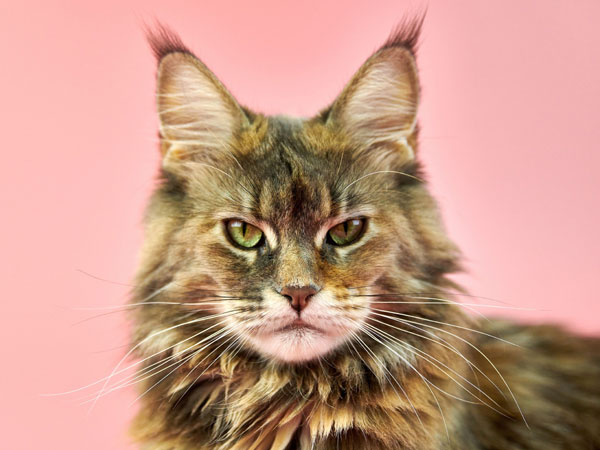 In this article, we’ll talk about the things that make a Maine Coon a Maine Coon. We’ll go over physical aspects first and foremost because you want to figure out if it’s a Maine Coon before buying it.

The truth is that, without genuine registration that attests the cat is a purebred Maine Coon, it’s very hard to confirm it otherwise with certainty. However, you can get to a reasonable degree of certainty by analyzing a few aspects.

How is the cat’s hair? How about its size? Are the ears tall and tufty like a Lynx or not? Many things can indicate whether a cat is a pure Maine Coon or just a fake.

When you first see the cat, you should investigate its origins with no discrimination. If the seller has no pedigree papers, then you’re in a bind in establishing its purity, right? Well, not exactly. Maine Coons have a few things in common, such as:

These aspects are visible without an attentive analysis. Does the cat pass these initial tests or not? If it doesn’t, then don’t even bother. The cat is clearly not a purebred Maine Coon.

But if it does, it must mean you’re dealing with a Maine Coon? Unfortunately, things aren’t this simple. If the cat passes these tests, there’s more you have to pay attention to.

The ears of Main Coon cats are generally tall and tufty, with lynx-like tips. While there are exceptions to this, most Maine Coons are like this. Try measuring the width of the base of the cat’s ear.

If the length is approximately the same as the distance between each ear, it’s a strong indicator the cat is a Maine Coon. You should also pay attention to the fine hairs growing inside the ear. The ear tips will have longer hairs, which give the Maine Coons that lynx-like appearance.

Maine Coons developed these ears to deal with extremely cold environments. At one point, they must have lived in cold environments, which also gave them thicker fur and a sturdier frame. But after generations of living indoors, these physical genetic markers may fade away. That’s why not all Maine Coons have lynx-like ears.

The eyes of a Maine Coot cat are oval-shaped, slanted toward the outer base of the ear. They’re very expressive and large, with a wide set of pupils of various colors.

Maine Coons can have gold, copper, orange, green, or amber eyes. As for blue eyes, only pure white Maine Coons will have them. At the very least, the cat will have some white in its fur. So, non-white cats with blue eyes are not Maine Coons.

Like I said in the beginning, the muzzle of a Maine Coon is squared rather than triangular. It has a blunt end, and the width and length of the muzzle are quite proportionate to the rest of the head.

The profile of a Maine Coon cat is always proportionate to the length of the nose and head. It’ll have a concavity but it should be quite smooth without any irregularities anywhere. Maine Coons usually don’t have a straight profile, so avoid cats that have one. They’re not purebred Maine Coons.

How goes the analysis by now? Have you started seeing a couple of these physical aspects in the cat or not? If not, continue reading!

A Maine Coon is long and sleek, with a bulky chest, a medium-width neck, with quite the length on it. And did I mention the chest is bulky, muscular, and almost bodybuilder-like?

Maine Coons did chest all day long back in the day, I guess. Most importantly, Maine Coons have proportionate body parts. Not one limb is bigger than its equivalent. This leads to a well-shaped and rectangular appearance.

Though, females tend to be more petite than males. They’re slender and more flexible, as well. However, Maine Coons only become mature physically after 3-4 years, so you won’t see these traits as predominant in a kitten.

You’ll want to look for sturdy and wide legs, of a medium length. They’re not disproportionate to the rest of the body, though. The entire body of a Maine Coon is big and sturdy, not just the legs. Its forelegs are straight, with the back legs being similarly straight if you see them from behind.

Tuft is the name of the game here. Maine Coon paws are tufty, round, and quite large. Some specimens of this breed have a lot of tuft on their paws, more than regularly known.

There’s a reason for all that tuft, and it’s similar to why they have lynx-like ears. It’s good for treading on snow, so we can safely assume Maine Coons have ancestors that lived in cold climates.

Their front paws have five toes, while the back paws have four toes each. However, some Maine Coons may have congenital polydactyl conditions, which result in an extra toe. So, pay attention to the tuft between the toes. If there’s no tuft, the cat isn’t a Maine Coon. This sign is generally accurate.

A long and fluffy tail, with a pointed tip that you can only see if you go through the fluff, this is a Maine Coon’s genuine tail. The fur on the tail is quite long and it flows smoothly along the entirety of the tail.

There isn’t a single area where the fur is shorter or longer. Moreover, the tail is just as long as the cat’s entire body. This, too, has a use for when it’s cold outside.

Finally, there’s the coat. A Maine Coon’s coat is long and shaggy, with a lower volume over the shoulders. There’s a neck ruff that all Maine Coons have, some more than others.

Its coat is also longer on the stomach and the back legs, which may give the impression that the Maine Coon is wearing trousers. You’ll also feel the coat is silky smooth.

We generally recognize only 5 solid colors for a purebred Maine Coon – black, white, blue, cream, and red. If your cat has mixed colors, then it may still be a Maine Coon, as not all have solid colors. But you’ll have to really pay attention to all the other details if you want to be certain of its pedigree.

When it comes to Maine Coon kittens, the same principles apply. Now, you can be fairly sure no one deceives you with a fake Maine Coon! 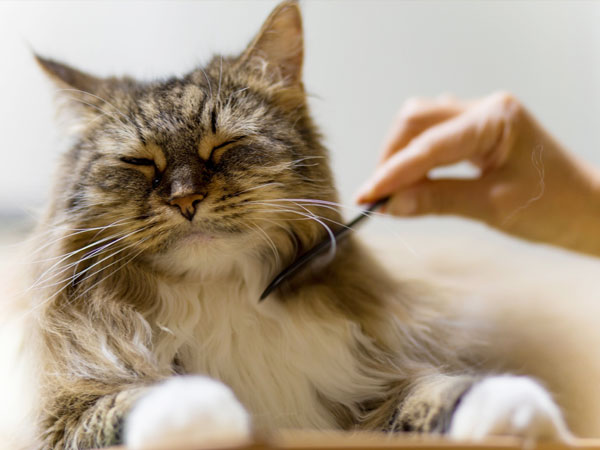 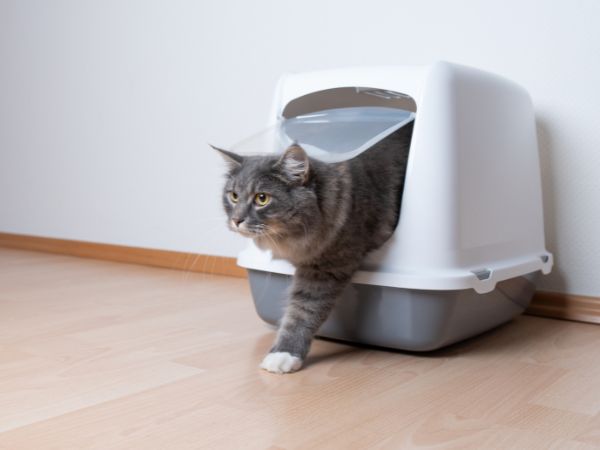 6 Different Types of Travel Litter Box: Choose The Best for Your Cat 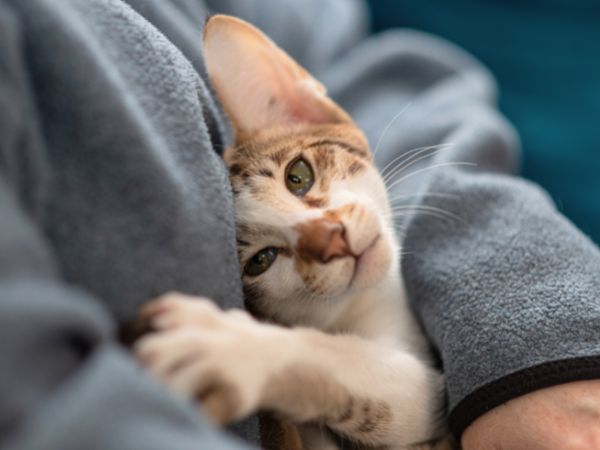 Why Does My Cat Headbutt Me? 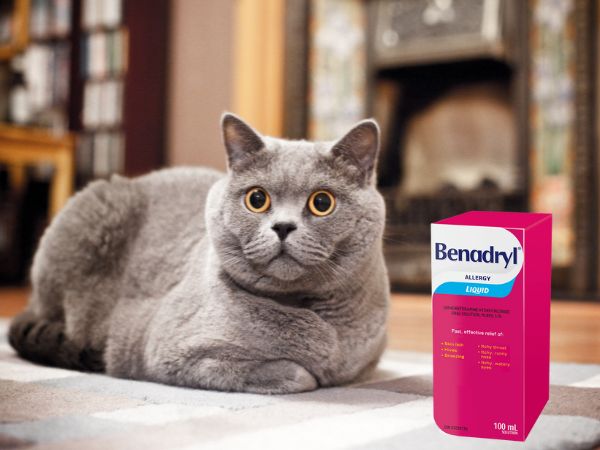 Benadryl for Cats: Is It Safe? (Everything You Should Know)