Voles vs Mice – What Is The Difference?

VIVO Pets » Rodents » Voles vs Mice – What Is The Difference?

If you have seen a rodent running around in your field, you might have rightly wondered what animal it is. Most people wonder if the rodent destroying their fields is a vole, mole or mouse. 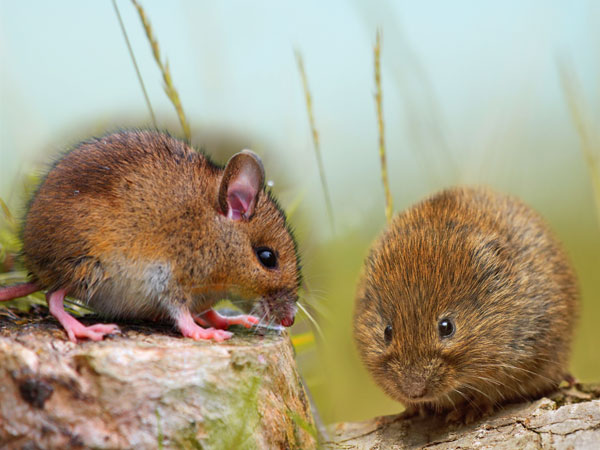 These rodents are nuisance pests, but they only pose a little threat to humans. Moles are up to 4.5 ounces in weight and have maximum lengths of 6.25 inches from the end of their noses to their behinds.

They can be gray, orange, cream or black. Mole bodies are built to move underground and burrow as they do. As such, you will see a loose mound of soil in fields infested by the pest.

Most people confuse voles for mice. This is understandable since the two animals look similar. The reason being  both belong to the Rodentia order. In fact, in some places, voles are known as field mice.

Knowing the differences between voles and mice is essential as it helps in knowing the right pest eradication measures you should employ if need be and also inform your choice of a pet.

Below are a few guidelines on various elements that differentiate mice and voles.

The Cricetidae family in which voles belong also includes lemmings and hamsters hence the resemblance of voles to these animals. Even so, voles have stouter bodies, smaller ears and slightly rounder eyes than hamsters and lemmings.

They also have a blunt muzzle rather than the blunt one that most rodents have and their tails are shorter than their bodies.

Mice have pointed noses, and furry round bodies. Their ears are broad and long while the tails are usually hairless.  There are hundreds of mouse species, but the most common are deer mice, wood mice, field mice, house mice, spiny mice, dormice and zebra mice.

Most people think that the words ‘rat’ and ‘mouse’ refer to the same animal. Rats are usually larger than mice. Moreover, rats, unlike mice, can be cylinder-shaped, scaly and bald.

There are over seventy species of voles with varying sizes. For example, the woodland vole weighs an ounce and attains adult body lengths of four inches with tail lengths of an inch. The

European water vole weighs nine ounces, has a body that is nine inches long, and its tail length is five inches. The meadow vole weighs a maximum of two ounces and adults have body lengths of 6-8 inches. Its tail is 1-2.4 inches.

Mice will often grow to lengths of 1-7 inches and weigh 0.5-1 ounce. The African pygmy, the smallest known mouse species, measures 1.2-3 inches and weighs not more than 0.35 ounces.

The above measurements do not include a mouse’s tail. In most cases, the tail is as long as the mouse’s body.

Mice come in several colors and coat patterns depending on their species. However, they are generally brown, gray or white. There are, however, fancy mice that come in more colors than these.

These are mice that have been specifically bred for pets and exhibitions. These come in cream, blue, white, golden agouti, champagne, fawn, silver agouti, lilac, cove and chocolate.

Voles have soft, dense fur. This fur is chestnut, brown, or solid gray on its upperparts. The sides of a vole’s body are gray while its back is reddish-brown. The underparts are paler than the animal’s upperparts and range from brown to gray to white.

Meadow voles have a slightly different color from other species. Their fur is chestnut-brown on the upper part while the underparts are gray.

Mice are social animals that thrive in groups. When choosing to keep them as pets, your easiest choice to keep would be a pair of females. Males kept together will often fight unless they have been brought up together.

This is because they are quite territorial. Moreover, you should not keep males and females in the same environment unless you want a population explosion of pet mice. Mice that are not used to handing might initially bite.

Thankfully, this behavior reduces as the mouse gets accustomed to its surroundings. With time, it might even start feeding from your hand and becoming comfortable with human presence. Mice are nocturnal.

The vole is renowned for its monogamous nature. A male is often socially faithful to one female and will help bring up its pups. In 2016, a study found out that voles will comfort mistreated members of their species.

This empathetic nature has previously only been thought to happen only in animals with an advanced cognitive function like elephants, man and apes.

While some vole species are nocturnal, others are diurnal, and some will be active at night as well as during the day. Most voles will be aggressive for their first few days in captivity.

Mice are omnivores but will prefer seeds, grains and fruits in the wild with occasional meat. When food is scarce, the rodents might even turn on each other. They are voracious eaters that can eat 15-20 times per day in their natural habitats.

As pets, mice are primarily fed on pelleted feeds. 1-2 teaspoons of the feeds per day are enough. The pellets are supplemented with seeds, grains, veggies and treats like peanut butter, cooked pasta and wholegrain bread.

Voles primarily eat plants, insects and fungi. In captivity, they love vegetables, seeds, fruits, snails, insects and greens. Though they are not strict herbivores, most voles do not like meat-based diets. As such, mice feeds will not suffice for them.

For housing, your ideal choice for a vole is a glass cage. This will contain the mess created by the animal as it burrows through its bedding as it would in the wild.

The ideal bedding alternatives for a vole are sand, mulch and gravel since the animal can easily burrow through them.

If you have two female mice, a two-foot square cage would be enough living space for them.

Wire cages and glass aquariums with tight-fitting lids to prevent an escape would be the best choices for pet mice. Include climbing toys to keep the mice busy in the cage and have solid flooring so that the mice’s feet do not get snagged.

Mice reach breeding age at eight weeks and can get up to twelve young ones called kitten every three weeks. The mice are born blind and pink.

Avoid handling the baby mice for the first few weeks in their nest. If necessary to remove them, press your palm in sawdust first to mask your scent so that you do not aggravate the mother.

Though voles primarily breed in summer, they can do so all-year-round in the wild. Females get up to seven litters with 4-6 young ones annually.

The young voles are weaned for two weeks and reach sexual maturity after four weeks. However, breeding voles in captivity might be a challenge and is best left to experts.

Mice live for 1.5 -3 years with optimal care in captivity. The life expectancy of smaller vole species, on the other hand, is about 3-6 months.

The rodents will usually not live past one year. Larger species like the European water vole live for three years on average.

Most people only think of voles and mice as pests. However, in recent times these two rodents have gained popularity among pet lovers.

From the above information, you have hopefully learnt as much as necessary about these two animals to decide which of them will make an ideal pet for you.

Before heading out to the pet store to get either of them, check your regulations on any restrictions on owning a mouse or vole.

Some homeowners’ associations also restrict their residents from owning rodents or regulate their access to some sections of the property. 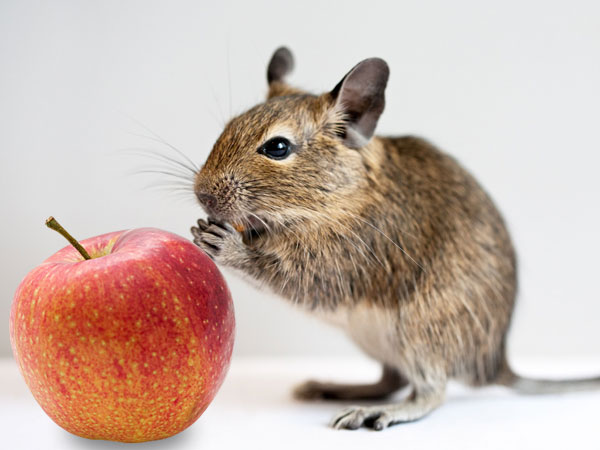 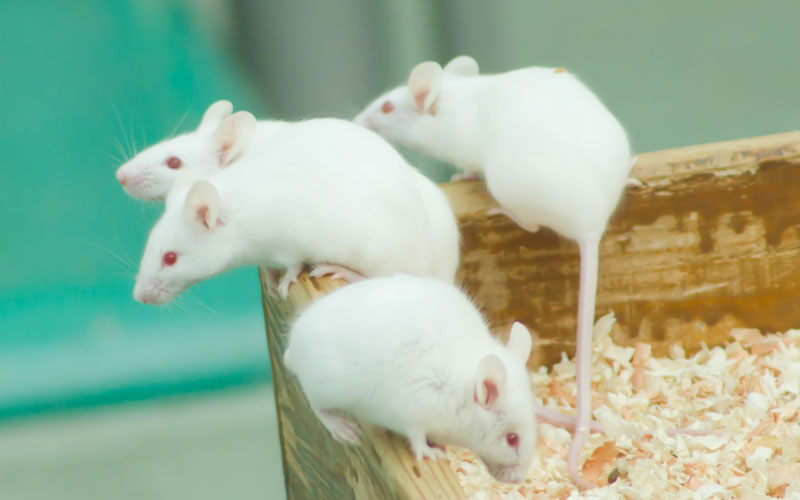 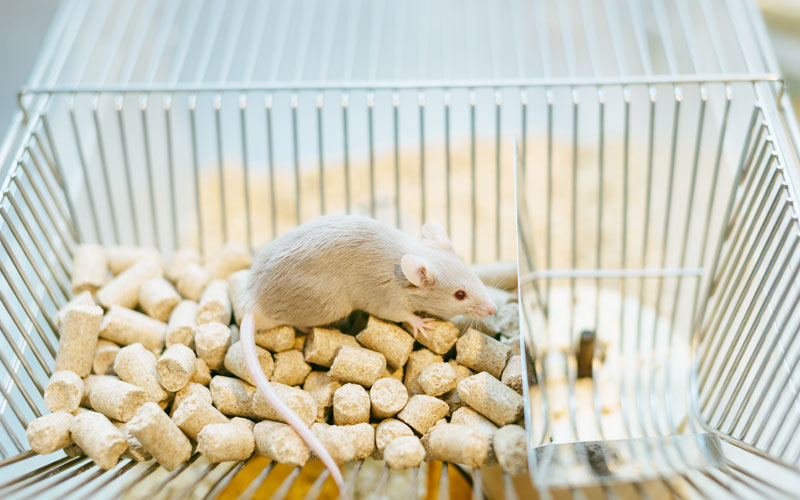 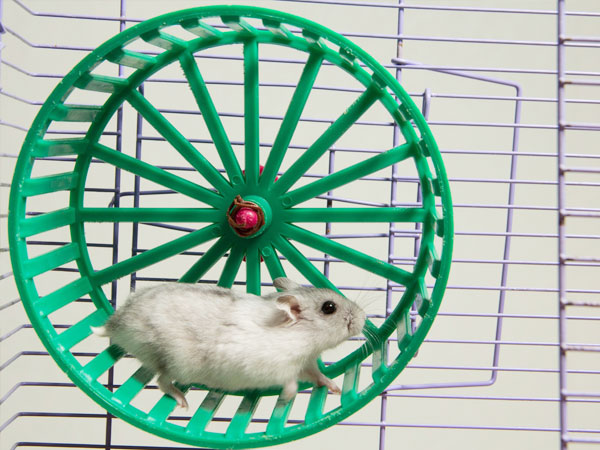 Why Do Hamsters Run On The Exercise Wheel?