Hamster Size and Weight Chart – How Big do Hamsters Get?

Hamsters are lovely pets. They will keep you entertained and show some affection to your family members. If you are planning to get a fully grown hamster or raising a young one, you might be asking yourself how much these pets weigh and how big they get. 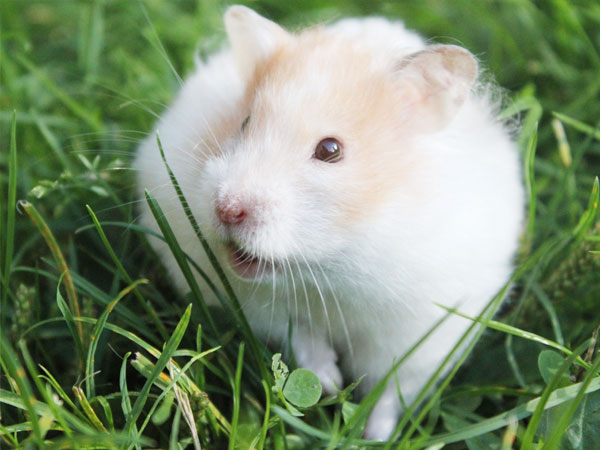 But one thing remains certain, hamsters maintain their small sizes almost throughout their existence.

That’s why they are always considered pocket pets. Regardless of their small size, these household pets come in different sizes to choose from.

However, their maximum length and weight depend largely on specific breeds and the environment they are raised. Other factors come in later to determine how large a hamster can grow.

Read on to learn more about the size of different species of hamsters and what determines their growth. 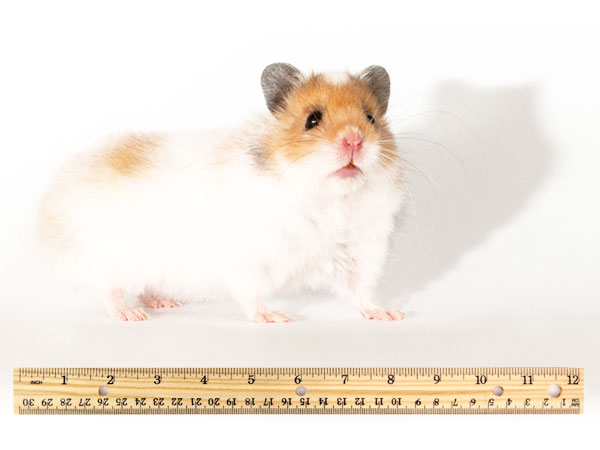 The following table indicates different hamster breeds with their corresponding sizes and weights:

Maybe you could be asking yourself why these pets come in different sizes or what determines their physical appearances. To find your answer, check out the following top four factors that explain how big a hamster can get.

The breed of your hamster is the most important factor that determines how big it can grow. Each breed has its set range that classifies each hamster.

Even though there are exceptions to this factor, most of these ranges are relatively larger in consideration of the small sizes of these rodents.

This is the main reason you are likely to come across a variety of hamster sizes within a specific breed.

But this is not always the case across all breeds. Just like humans where males are taller than women, there are also cases where female hamsters are larger than males.

Compared to other factors, genetics plays a minor role in determining the true size of a hamster. But it is something that can help you decide where your hamster belongs in terms of size (both the weight and body length).

When you breed larger hamsters, they produce larger babies. The same case is true with breeding two smaller hamsters whereby the offspring will be smaller.

– Size of the Litter

This is also the smallest determining factor when it comes to the size of hamsters. The size of litter for each hamster can easily influence the growth characteristics of young hamsters.

For instance, a smaller litter will have larger babies compared to a larger one. This is because in smaller litters every baby gets opportunities for better nourishment unlike those young hamsters in larger litters.

What is the Largest Pet Hamster?

The Syrian Hamster is considered the largest of this pet subspecies, however the European hamsters is much larger, but is not kept as pet.

The large size of Syrian hamsters gives you one major advantage which is handling them with ease. This feature makes them ideal pets for parents and kids.

Also known as the teddy bear hamster, the Syrian Hamster can grow up to 6-7 inches in length. This is almost double the size of a typical dwarf hamster.

Aquarium-style and plastic housing are the most preferred choices of habitats for Syrian hamsters.

These types of housing should come with a tight-fitting metal-mesh lid to discourage them from escaping. Most importantly, their habitat should include features that will make them comfortable.

Due to their large size, Syrian hamsters are easier to handle. As such, they can make great pets for your kids. Their size is meant for small hands to hold onto without causing injuries.

Besides, they cannot slip through their cages to escape. And if they escape, they are easier to find compared to smaller hamster species.

The only downside of keeping these pets is that they don’t do well in pairs. Also, they are nocturnal and have a shorter lifespan of about three years.

What is the Smallest Pet Hamster?

The smallest hamster so far is the Roborovski hamster. It is also referred to as the Robo dwarf hamster or desert hamster. This is the smallest of the three hamster species in the genus Phodopus.

The Robo dwarf hamster is native to deserts of Central Asia and they have an average body length of 1.8 to 2.0 inches. They also weigh an average of 20-25 grams at maturity.

Their average lifespan is 2-3 years depending on living conditions. These tiny hamsters are known for their agility and speed. They can run fast and some have been found to cover at least 6 miles in one night.

You can identify them from other dwarf hamsters by looking for certain features. They are smaller with sandy coloration on their fur and a dorsal stripe.

When you look at them from behind, their neurocranium appears rounded and not as rectangular as what you will see in other hamster species.

At What Age is a Hamster Fully Grown?

One thing you need to know about hamsters is that they live one human year on average every two weeks (14 days of their lives). This observation depends on individual hamster breeds.  Typically, a hamster can live between 1.5 and 3 years.

But that is not the main point when it comes to determining the age of a fully grown hamster. Having said that, a hamster takes about three months to be fully grown. This is the age it becomes sexually mature in addition to reaching the maximum physical growth.

Out of many hamsters, Syrian hamsters grow to larger sizes. This explains why you are likely to notice the difference between adult Syrian and baby hamsters. At 4 weeks old,  a baby Syrian hamster is as large as a full-grown Campell or Siberian hamster.

The dwarf varieties display the very minimal difference between their babies and adults. But the bottom line is that each hamster type displays different sizes as they grow and even when they are already adults.

Generally speaking, male hamsters are larger than female ones. This is also true with other animals such as humans whereby males tend to be relatively taller and larger in most cases. For hamsters, their physical appearance depends largely on each species.

Another factor that helps differentiate males from females is the personality of each breed of hamsters. For instance, male and female Syrian hamsters vary in size, temperament, smell, and behavior.

But contrary to your expectations, female Syrians are usually bigger than males and this makes it difficult to tell their sexes. In some cases, females can double the size or weight of males.

But these are just exceptional cases. Normally male hamsters are bigger both in size and weight.

Do Hamsters Grow Bigger in a Big Cage?

The size of a hamster has got nothing to do with the size of the cage it is kept in. But the bigger the cage the better it is for these pets. A large cage will provide more room for them to move around freely.

These small pets need ample space to run and play all day long. Their cages should also have additional features they need to feel secure and comfortable.

Hamsters need a wheel to keep themselves fit throughout. It is important to consider providing your larger hamsters wheels that are big enough.

The same wheel should have solid surfaces without crossbars to prevent accidents during the exercise.

How Do You Speed Up a Baby Hamster’s Growth Rate?

The best way to speed up the growth of your hamster is to feed it on a nutritionally balanced diet. With a good diet, you can expect your little hamster to stay healthy and strong.

When they are healthy, they will grow faster. Other factors that come into play include individual species of hamsters and their habitats.

Hamsters come in different weights and sizes. These two physical attributes are influenced by specific hamster species or their genders.

Some species are larger while others are smaller in size. On the other hand, males tend to be larger in body size compared to their female counterparts.

Of the several hamster species, the Syrian subspecies is considered the largest and the Robo dwarf is the smallest of the hamster pets.

With good care, these little animals can live up to 3 years or even longer. 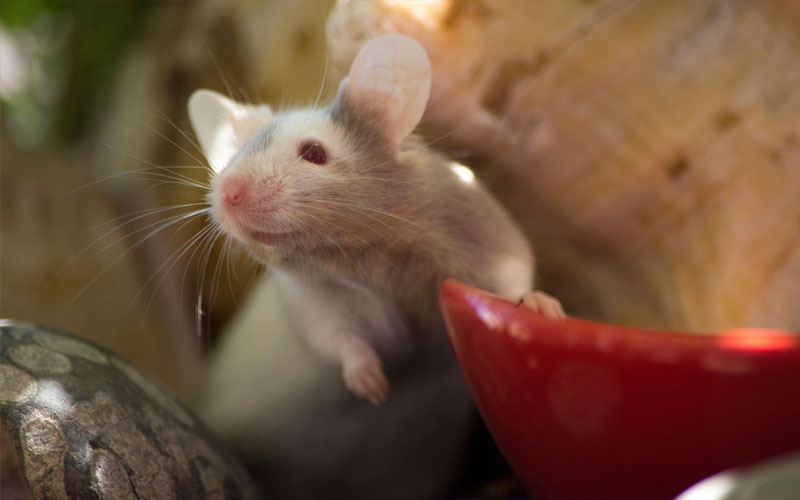 Do Pet Mice Attract Wild Mice in Your Home? 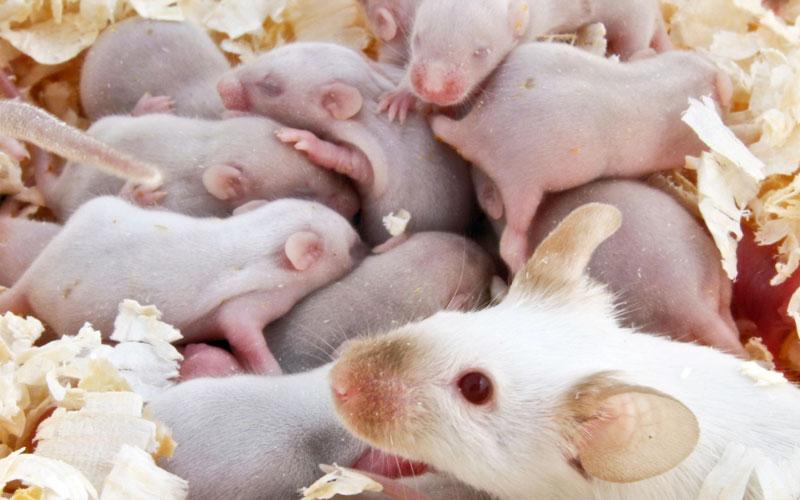 How Many Babies do Mice Have? 5 Things to Consider 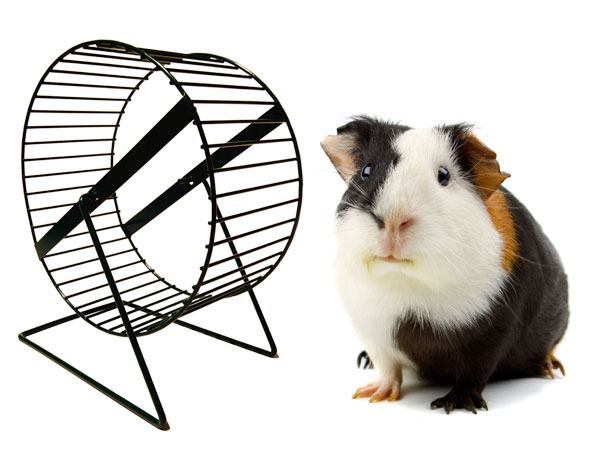 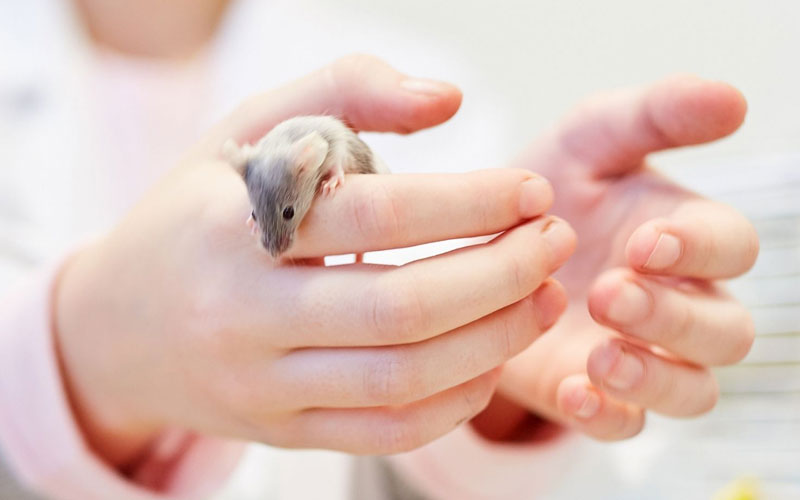 Do Pet Mice Like to Play? How to Play with Your Mouse?