At first glance, it is almost impossible to differentiate between ferrets and mink. Both belong to the Mustelidae family, which comprises the badgers, weasels, otters, and stoats. Apart from similar body shapes, they also share comparable fur and color. 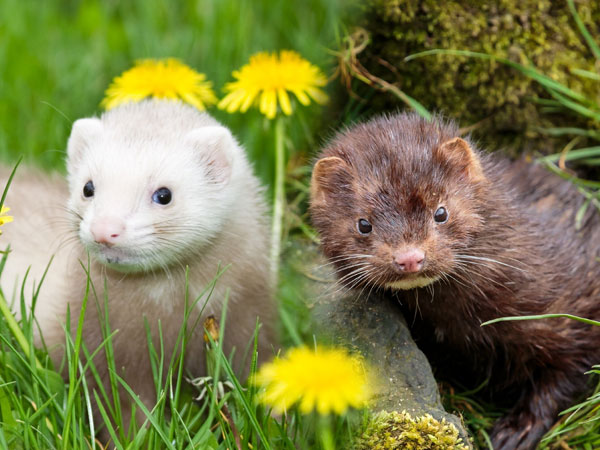 On the contrary, mink is a pure mammal, while ferrets are subspecies. While ferret’s domestication started more than 2500 years ago, keeping minks in captivity rolled off later in early 1900. The main intention was to satisfy a huge market for mink’s valuable fur and oil.

Even if mink’s fur trade still carries on, there are a few animal lovers who keep them as pets. Interestingly, when domesticated, mink genetic characteristic alters compared to their wild counterparts.

Either way, both minks and ferrets make equally amusing and interesting pets. Nevertheless, that may require extensive training on cohabitating with human beings, using the litter boxes, performing tricks, or trying out new food.

This article will compare the similarities and differences in the animal’s diet, natural habitat, behavior, body size, and color.

Mink feeds entirely on meat and love exploring along the shorelines for prey. Their diet largely consists of amphibians, crustaceans, fish, frogs, salamanders, and other small sea mammals. When not hunting in water, they target dry land animals like aquatic birds, mice, rats, moles, and bird eggs.

Keeping mink as a pet require one to give them a diet rich in proteins but low on carbohydrates. In most cases, mink food comes in kibble form. However, you can supplement it with animal bones and raw meat. This helps in strengthening mink’s teeth, enhancing their health, and improving immunity.

On the other hand, ferrets are also carnivorous. Their natural diet consists of small animals in their wild. Some of them include rabbits, moles, insects, etc. Remember that if they live close to residential areas, ferrets are well-known thieves for chicken.

Naturally, ferrets prefer feeding on the raw meat and bones. In some cases, they fancy drinking blood or digested vegetables from the victim’s stomach. Currently, the market has a variety of commercialized ferret food.

Since they have a very high metabolism, you need to feed them on a high protein and low carbohydrate diet on regular basis.  Also, you need to practice high level of cleanliness since they may refuse to eat close to a soiled litter box.

Mink are mainly amphibious and stay in coastal areas and along streams or rivers. Their origin goes all the way to Ireland and Great Britain, but you can still find other mink species in America.

Mink mostly feeds on small sea animals and fish but occasionally feeds on hamsters, mice, rats, and others. Sometimes they may prey on larger animals such as boars or snakes.

That said, you can find ferrets in different counties in the world. Note that in every location, the species may differ. As they roam in their natural habitat, they love burrowing on tunnels as homes or use the ones previously hollowed out by other animals.

Despite ferrets making good swimmers, they prefer staying on dry land and targeting rodents and small animals for food.

Minks are hunters by nature and behave like that even when kept at home. It may take a lot of time and patience to tame down these characteristics. Note that mink’s behavior remains unpredictable all the way. Sometimes, they may allow you to hold or pet them. Then, in an instance, they may try to bite your finger off.

Nonetheless, experts claim that mink’s bites are instinctual. That means that even if you train them on dropping the habit, they may never adopt to it. So, if you are looking for a warm and cuddly pet, mink should not be on the list.

However, if you insist on it, come up with a housing arrangement similar to a zoo. This includes a huge open-air enclosure and a pool. Also, be prepared to pay exorbitant charges for an exotic vet and vaccination.

Oppositely, it is easier to tame down ferrets compared to minks. If trained well, they make docile, interesting, and cuddly pets. In reality, ferrets are the only animals in the Mustiledae species that fully adapts to domestication.

Rarely, ferrets may become aggressive and attack other pets or young children in the vicinity. To prevent that, never leave them unattended or always keep them in their cages.

Minks kept in an enclosure may be slightly bigger than those in the wild. On average, they measure from 12 to 20 inches in length and a tail 5 to 9 inches long.

Primarily, males are larger than females, with an average weight of 4.5 pounds. Other features include a wide head with round ears, short legs, and an elongated, thick neck.

On the flip side, a ferret measures up to 20 inches and a tail of about 5.1 inches long. Like other animals in the genus, males are slightly bigger than females. Either way, the average weight ranges around 0.7 to 2 kg.

Most minks have a dark deep brown color. Others develop white marks under the belly, chest, and throat.  They also have two skin layers consisting of a soft inner one, overlay dark, glossy top coat.

Also, when they get older, white guard hair may increase and give them a lighter appeal.

Since minks and ferrets come from the same genus, they may share a couple of characteristics. Yet, every animal has distinctive behaviors, diet, color, and size. All in all, mink and ferrets have various purposes in our lives. While ferrets make great pets, they also come in handy when handling rodents at home.

On the other hand, minks are associated with the exclusive fur trade, which rakes in millions of dollars. It is important to acknowledge these animals’ different characterizes for a safe and enjoyable encounter with them. 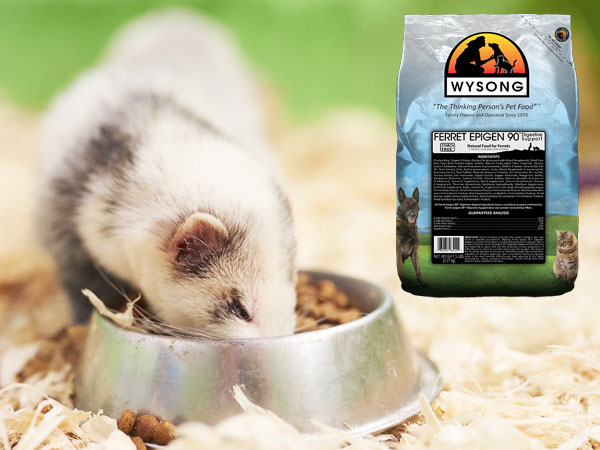 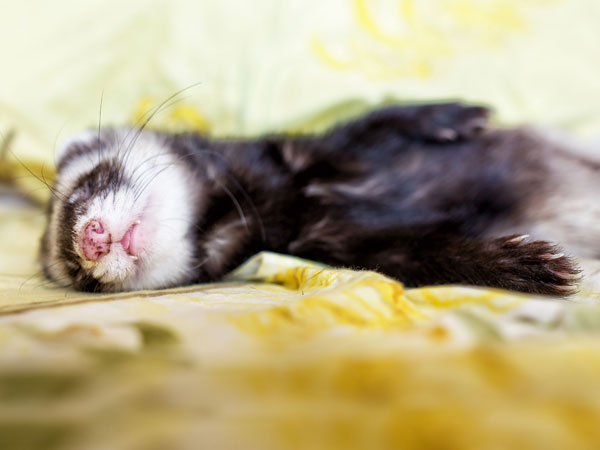 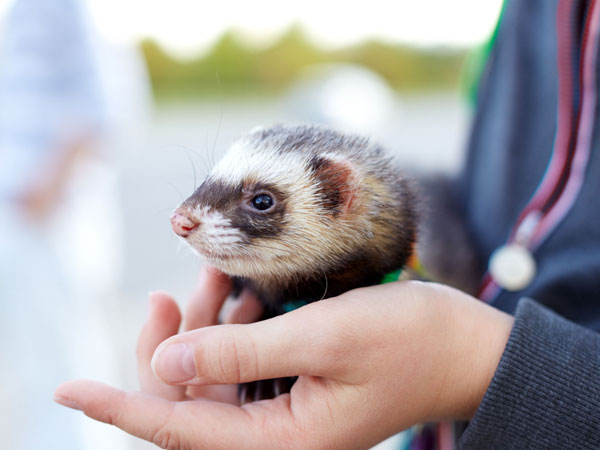 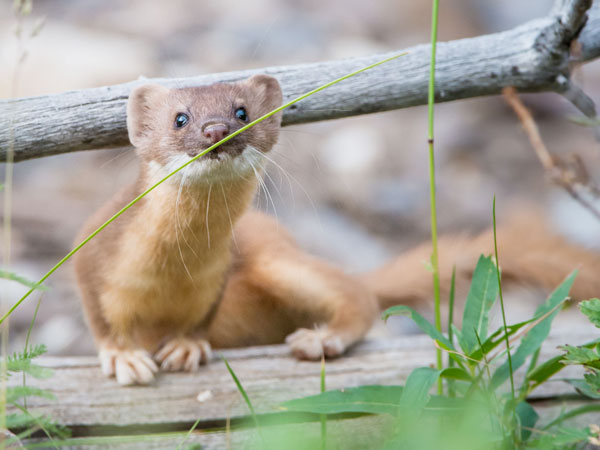