VIVO Pets » Ferrets » Weasel Size and Weight Chart – How Big Do They Grow?

Weasels are small carnivorous animals with slender bodies and distinct small legs. They are found almost everywhere apart from in Australia, Antarctica and their surrounding islands. As a highly active predator, the animal moves by jumping over surfaces in quick, short jumps. 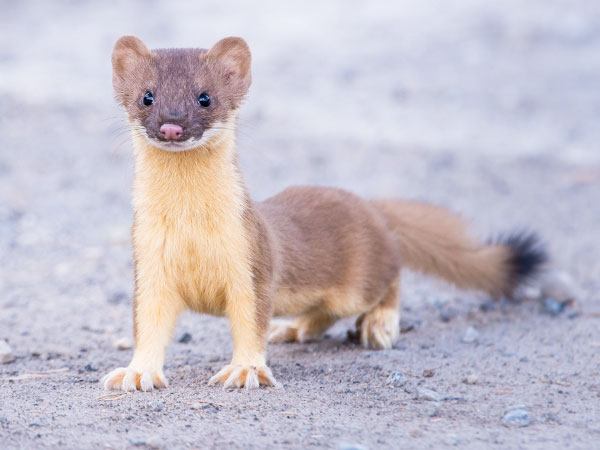 It is also an expert climber that uses its skills to prey on birds and their eggs. Weasels generally have red or brown upper coats with white bellies. Even so, a few species have an entirely white coat. In some, the coat turns completely white in winter.

With their diet primarily comprising rodents, most people keep pet weasels to help them control pests. Even so, they might not be the best pets when you have chicken because they can also kill birds.

Weasels can also kill kittens, puppies and rabbits because they are quite ferocious. Do not let their small bodies fool you, weasels will continually lose a lot of their body heat. As such, they need to eat constantly so that they conserve their energy. They will eat about half of their body weights per day.

Weasels belong to the Mustelidae family which also includes polecats, ferrets, badgers, martens, wolverines, ermines and minks. The weasel species has different sub-species with varying body lengths. Below is a guideline on the sizes of weasels along with a few facts that will help you better understand this animal.

Which is the Smallest Weasel?

It has also been introduced to islands like Malta, Crete, the Azores and New Zealand. This subspecies measures about four inches and weighs only 0.9 ounces. The least weasel has a brown upper coat and white undercoat.

Its coat becomes entirely white in winter, and it has no black tip at its short tail’s end like other weasels. The least weasel lives in bushy areas, open woods, fields and meadows. Here, it nests on shallow burrows that are about five inches underground.

The animals live for about four years in the wild and a maximum of ten years in captivity. The short lifespan of a least weasel is attributed to the limited fat stores and high metabolic demand.

How Big are Baby Weasels When They are Born?

Newborn weasels are about 1-4 g. Females have 1-2 litters annually with a gestation period of a month in most species and 220-380 days in the stoat weasel. The skin of newborn weasels is pink with a fine, pale natal down that gives them a silvery look.

Baby weasels will grow their characteristic white and brown fur a few weeks after birth. At birth, the weasels are completely helpless, and all species look alike. Even so, the common and least weasels grow faster than the long and short-tailed weasels.

The ears of baby weasels are small and pressed against their heads while their eyes look like distinct bluish-black dots. The animals have no teeth, and their four limbs are weak.

How Fast do Weasels Grow?

Baby weasels grow quickly. When they are three weeks old, most of them will have developed their mane and can crawl outside their nests. Their milk teeth erupt at 2-3 weeks old. They will open their eyes at five weeks and become vocal and physically active at this time.

Weaning starts about a week later when the young ones start travelling with their mother for short distances to hunt.  By the eighth week of life, female and male weasels start hunting on their own, and the family disbands 9-12 weeks after the weasel’s birth leaving it independent.

For its defense, the weasel will emit a musky odor that repels wildcats, foxes, wolves and coyotes.

At What Age Are Weasels Fully Grown?

Baby weasels will grow to reach their adult body lengths and sexual maturity in 3-12 months. Weasels breed in late spring to early summer though embryo development begins the following spring.

It is so common for the female weasels to breed during their first summers. However, males do not breed until they are a year old since this is when they reach sexual maturity.

Weasel vs Ferret vs Mink – Weight and Size Comparison

The most obvious lies in their sizes. Here is a table to help you understand the size difference between these three animals.

If a pet weasel sounds like something you would want to consider, the above information has hopefully eased your decision. As a nocturnal animal, your pet will sleep through the day and remain active at night.

When awake, weasels will spend most of their time eating, hunting and storing their excess food. Most weasel species are included on the Red List of Threatened Species by the IUCN as least concern species.

Even so, the mountain and Japanese weasels are included on the list as near threatened because their numbers have been significantly declining in recent years.

The Colombian weasel is included on the list as vulnerable since its population has been declining because of deforestation. Nonetheless, in New Zealand, weasels are considered invasive species and threats to native wildlife. 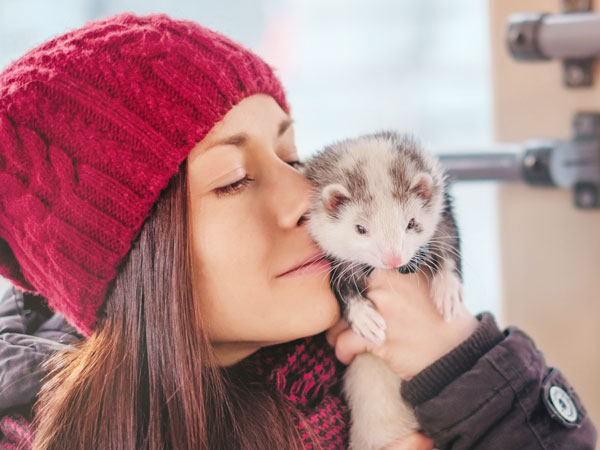 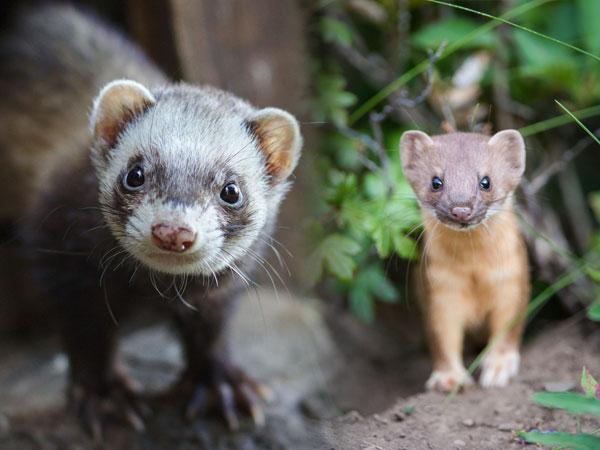 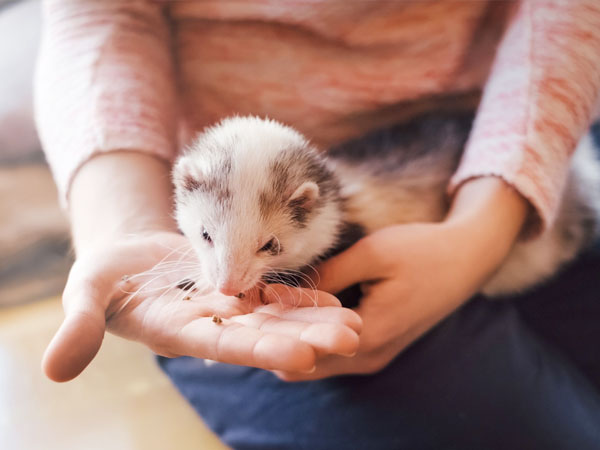 Are Ferrets Carnivores or Omnivores? 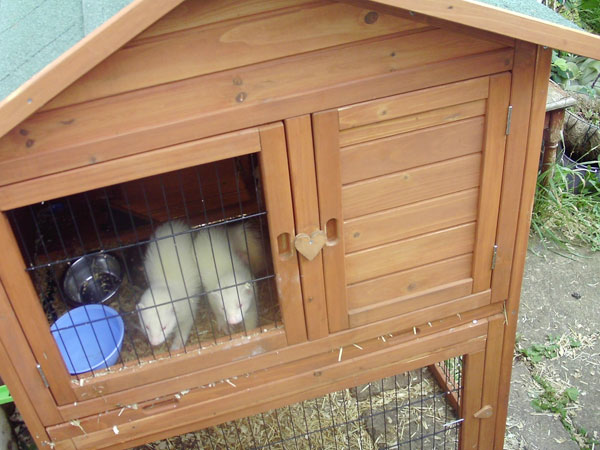 Can Pet Ferrets Live Outside? 5 Things You Should Know